We received the most recent update for this instrument's status from Brad Engelland on August 15, 2022.

Main: We received the most recent update for this console from Trey Williams on August 16, 2022.

The organ's original winding mechanism is still working, or can be bypassed with an electric blower. The manual winding can be operated by the organist's right foot or by an assistant pumping a lever on the right side of the case.

The left foot-lever partially retires the Principal stop-knob (enough to close the slider). This stop is spring-loaded such that when the lever is released the stop comes on again. To fully retire the stop, the organist must push the stopknob in and latch it down slightly, then lift up slightly to bring it back on. The other three knobs push in and out normally.

I checked the tuning on a Tuesday afternoon in mid-August, where the temperature in the church was 81°F according to the thermostat on the wall near the organ. 'A' was approximately 432 Hz, which varied a few Hz depending on the rank, which would of course decrease a few Hz as the temperature drops. Still markedly below modern pitch standard. I could not ascertain a temperament as the purity of fifths varied depended on the rank and the octave. I did not detect a 'wolf' interval indicating relatively equal temperament, despite being slightly out-of-tune with itself.

The organ is still in good condition and is in use several times a year at various services. This church functions as a chapel-of-ease for Holy Trinity Episcopal in Clemson. The cemetery holds the graves of Thomas Greene Clemson and his wife Anna Maria Calhoun, daughter of US Vice-President John C. Calhoun, as well as that of Mrs. Floride Calhoun, Calhoun's wife.

Mrs. Calhoun helped raise the funds for the purchase of the instrument, as described on the Church's website: "The present organ was purchased in 1848 by popular subscription ($300.00). Prior to the installation, Dr. Thomas Dart “raised the tunes.” Mrs. John C. Calhoun was active in raising the funds because she complained that Dr. Dart “failed to carry the tune” and because of the “hissing sound he made.”

The organ is typically used for an occasional Choral Evensong, Christmas Eve, and Whitsunday services, as well as weddings and funerals held at the church.

Taken from console: Open In New Tab Originally published 8/15/22
We received the most recent update for this stoplist from Trey Williams on August 15, 2022. 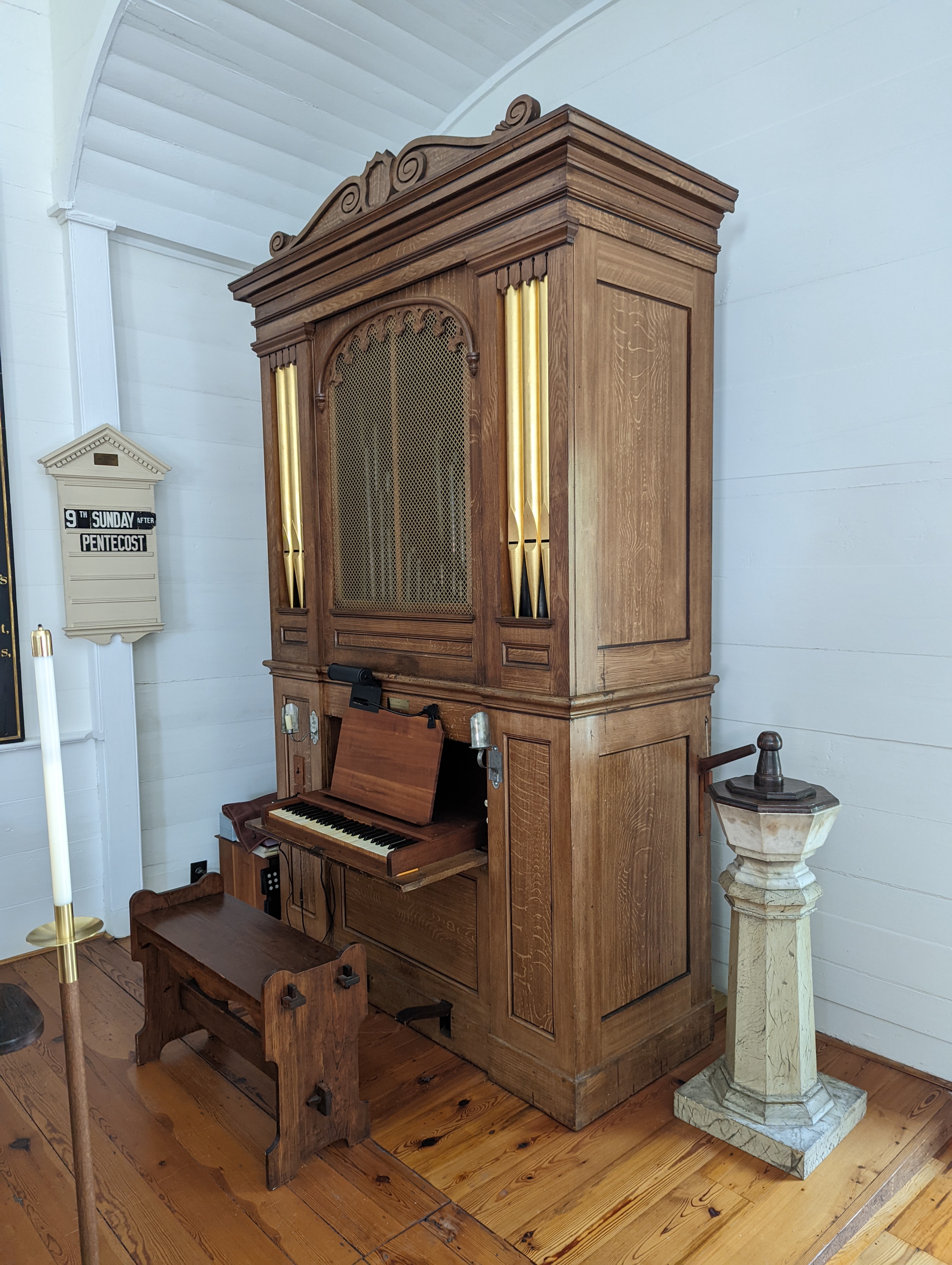 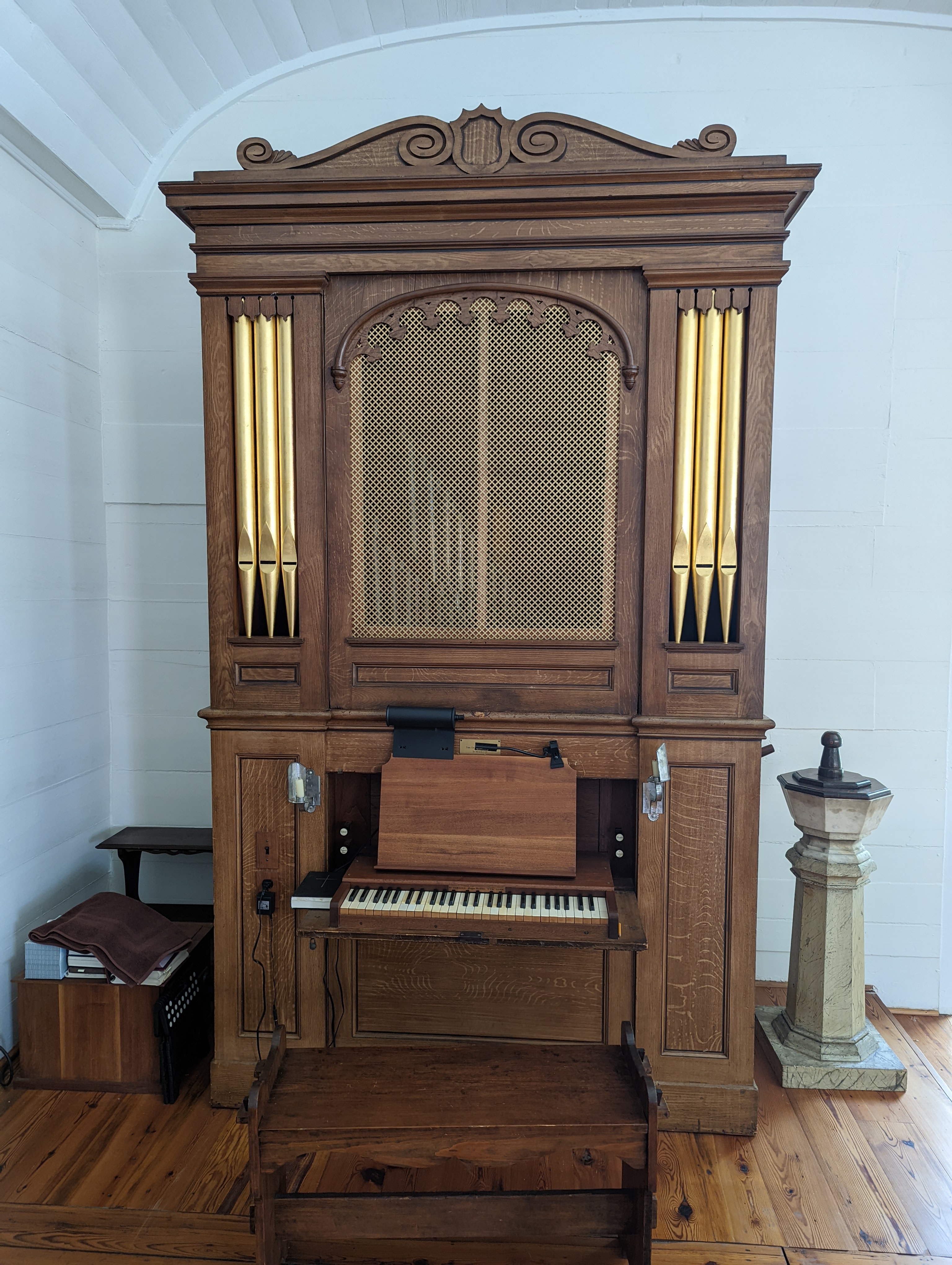 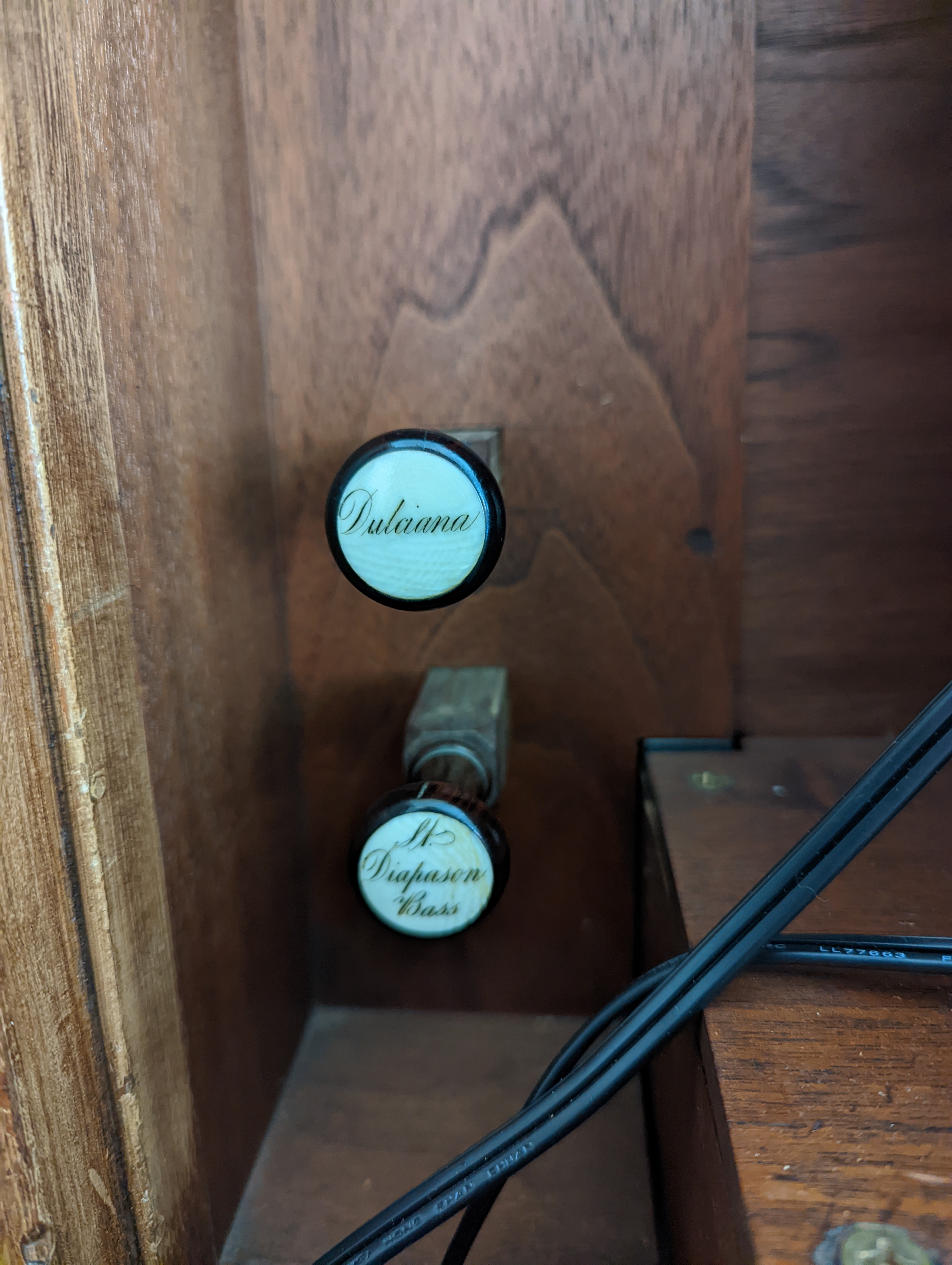 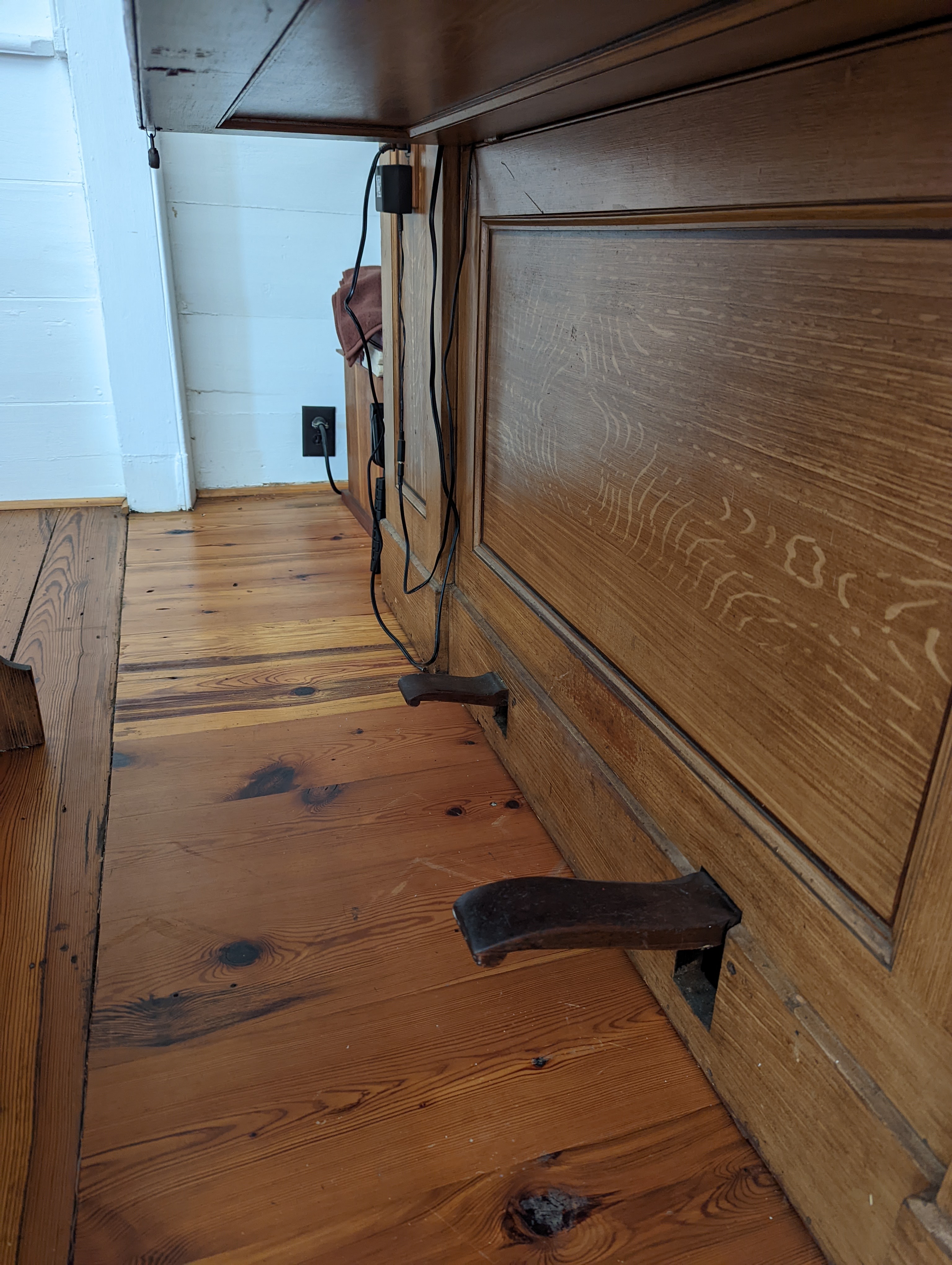 Foot levers (lever on the right operates the bellows and lever on the left retires the spring-loaded Principal stop): Photograph by Trey Williams. Taken on 2022-08-15 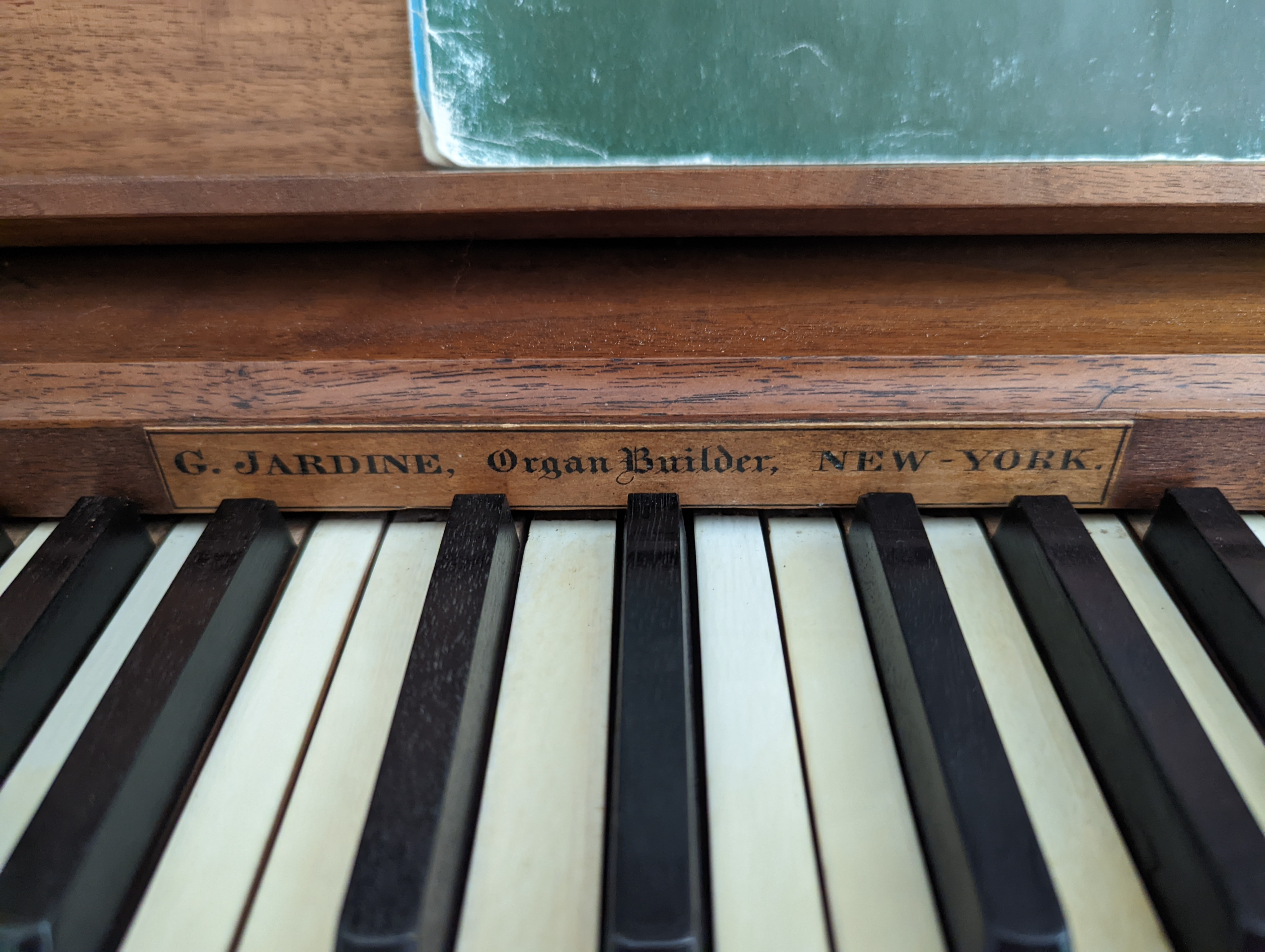 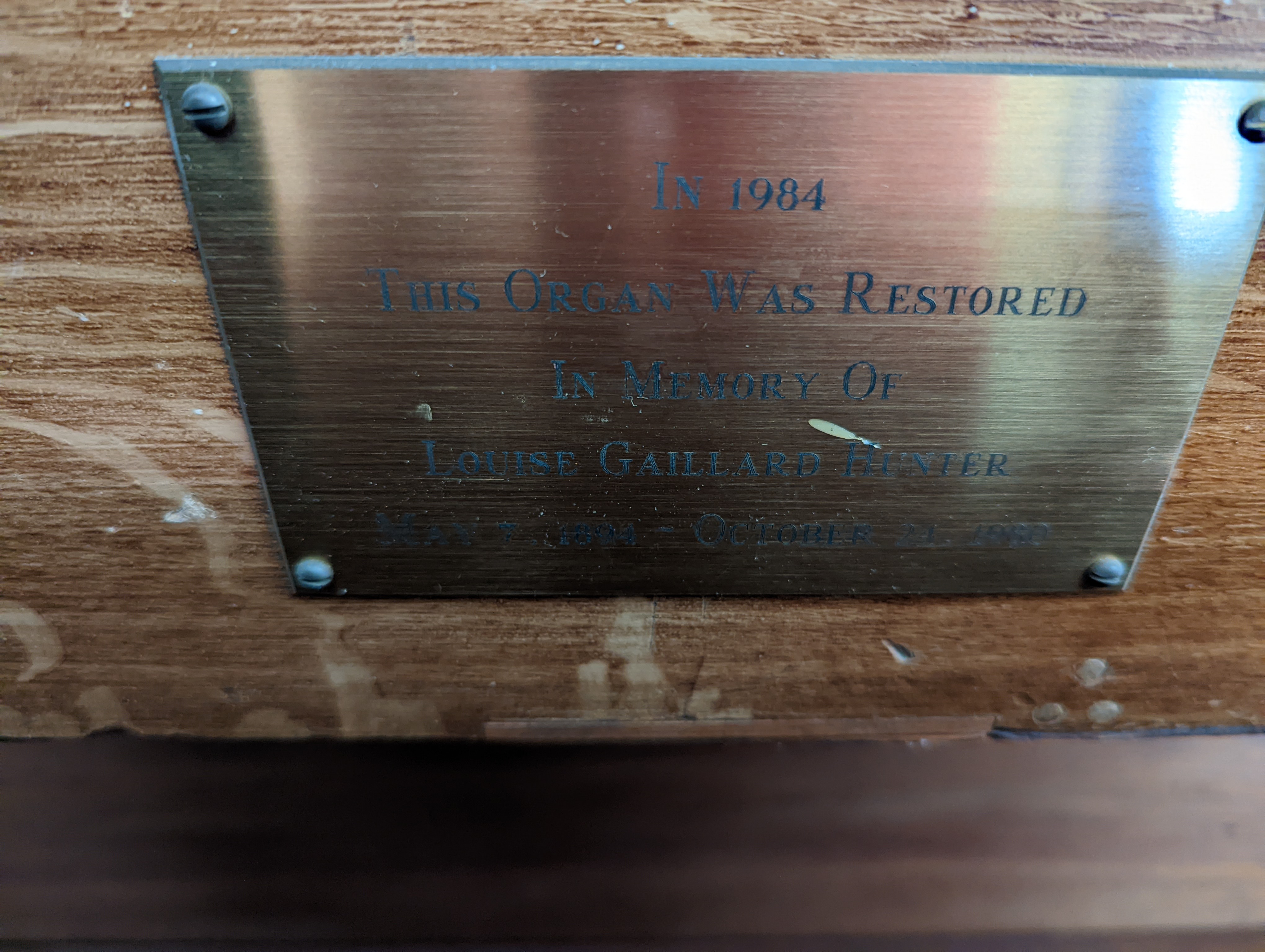 Plaque commemorating the restoration (which is partially obscured by the music rack when in place): Photograph by Trey Williams. Taken on 2022-08-15 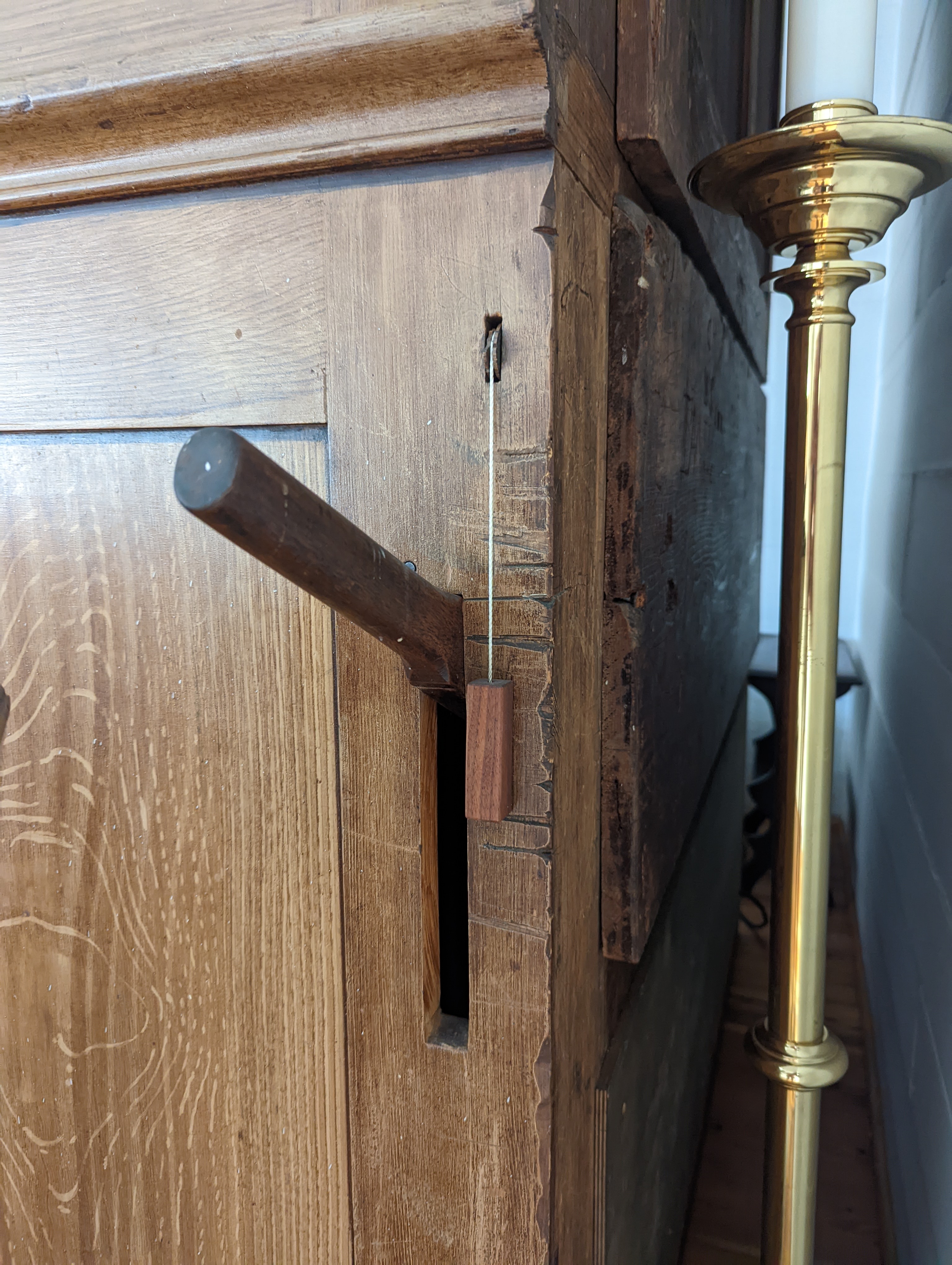 Hand pump lever and reservoir indicator, on right side of case: Photograph by Trey Williams. Taken on 2022-08-16 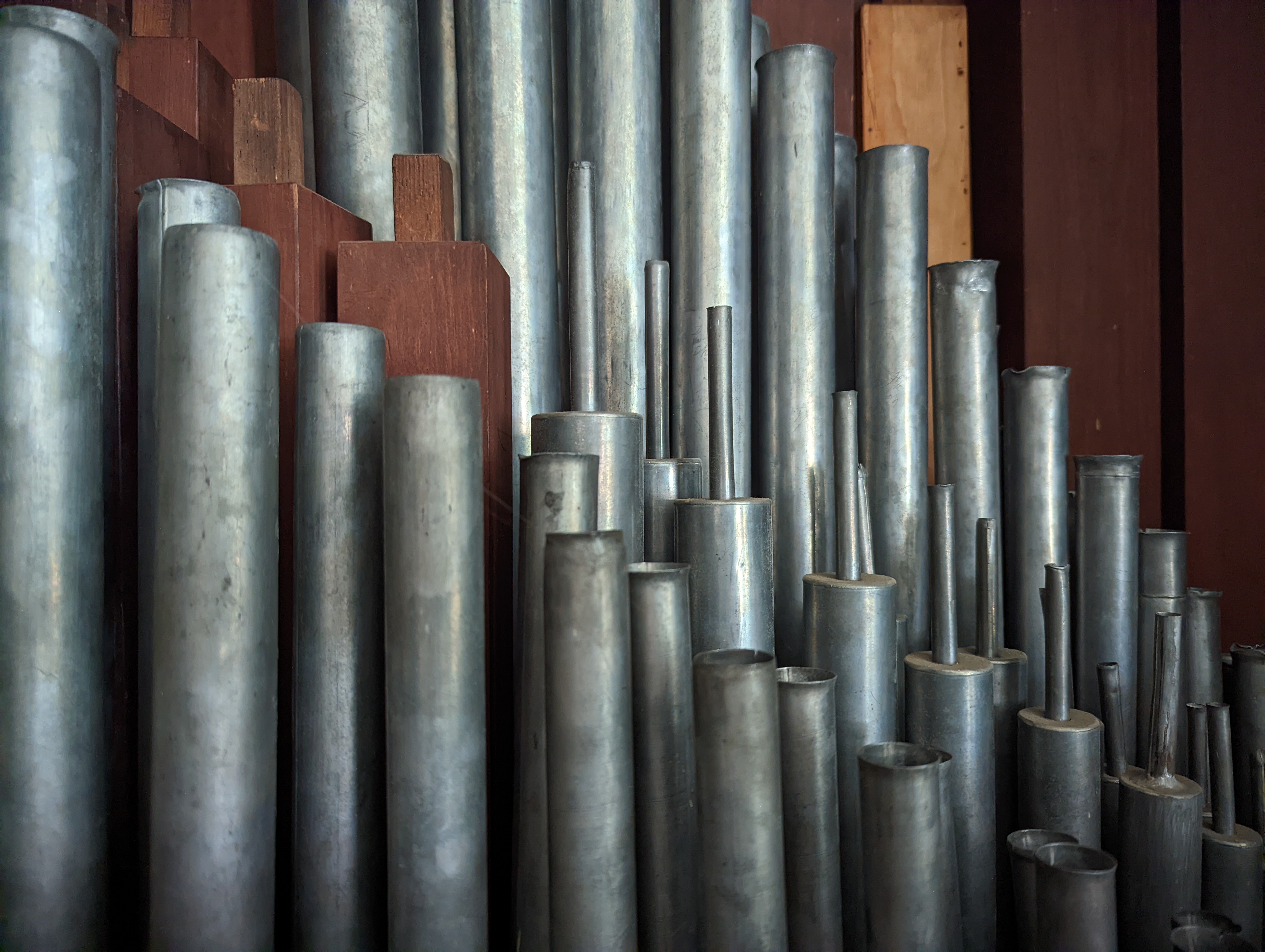 This instrument has been viewed 634 times.