We received the most recent update for this instrument's status from Jeff Scofield on November 13, 2020.

The Memorandum of Agreement (July 19, 1920) between Austin Organ Company and Greene Avenue Baptist Church states that Austin agreed to install a new organ on or before April 15, 1921 for a consideration of $17,000. Austin provided a three-manual, stop-key console with an A.G.O. "Willis Model" concave and radiating pedalboard. The existing Midmer case was remodeled, extended and refinished, and all display pipes were refinished in gold bronze. Austin indicated that they reserved the right "to use the good old pipes out of the present organ towards the construction of the new" which they would renovate, reconstruct, and revoice, and guarantee to be equal to new. This organ was enthusiastically supported by the Rev. Dr. Charles Francis McKoy, pastor of the church. In his letter (July 20, 1920) to Herbert Brown, Austin representative, that accompanied the signed contract, Dr. McKoy closed with: "I am very anxious about our Organ, as I want the richest and grandest instrument that we can obtain. You will not lose by devoting your best thought to the enrichment of our organ."

In the factory specifications we read that Austin constructed the chests so that two stops could be added to each. Dr. McKoy wrote to Austin (rec'd July 19, 1921), authorizing the firm to "add the Major Gamba, and Gamba Celeste, our cost $1050 on condition that we may have one year to pay for same with interest, each stop to have 73 pipes, and both to be of largest scale that can possibly be made." On the Swell chest, Austin installed an 8' Flauto Celeste with 49 pipes on approval, "the Church having six months trial of same & the option of purchasing at an additional cost." Dr. McKoy wrote to Austin (April 2, 1923), stating that the church would keep the stop and that Austin may send the bill for $300. It seems that Dr. McKoy may have been fond of the "Traps" (untuned percussions) found on theatre organs. He wrote again, on October 4, 1923, authorizing Austin to install seven traps at a cost of $975. This order was named Opus 985-A (Oct. 10, 1923) by Austin.

In 1950, Antioch Baptist Church moved to its present location, the former Greene Avenue Baptist Church. As designed by Lansing C. Holden in the Romanesque Revival/Queen Anne style, the brick edifice was an effort to resemble a mass of row houses in its midblock setting. Constructed from 1887-92, Holden's basement plan was realized but the upper church is attributed to Paul F. Higgs, who may have used a new design or adapted Holden's original plan. The adjacent Romanesque Revival church house is one of seven row houses designed by Langston & Dahlanderin and built from 1892-93.

We received the most recent update for this note from Jeff Scofield on November 13, 2020.
Database Manager on January 23, 2011:

AJWB Collection via the NYC AGO NYC Organ Project: Open In New Tab
We received the most recent update for this stoplist from Jeff Scofield on November 13, 2020. 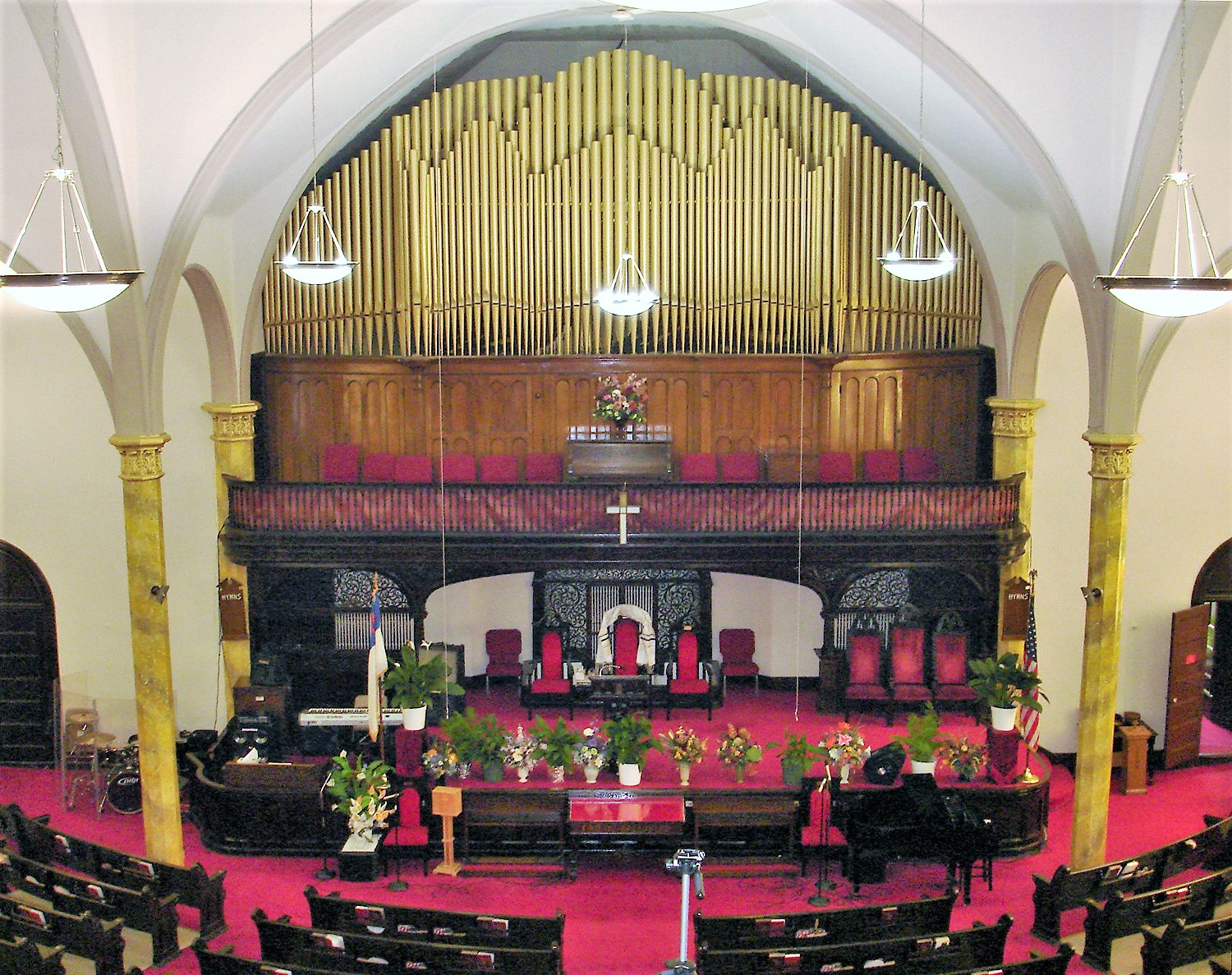 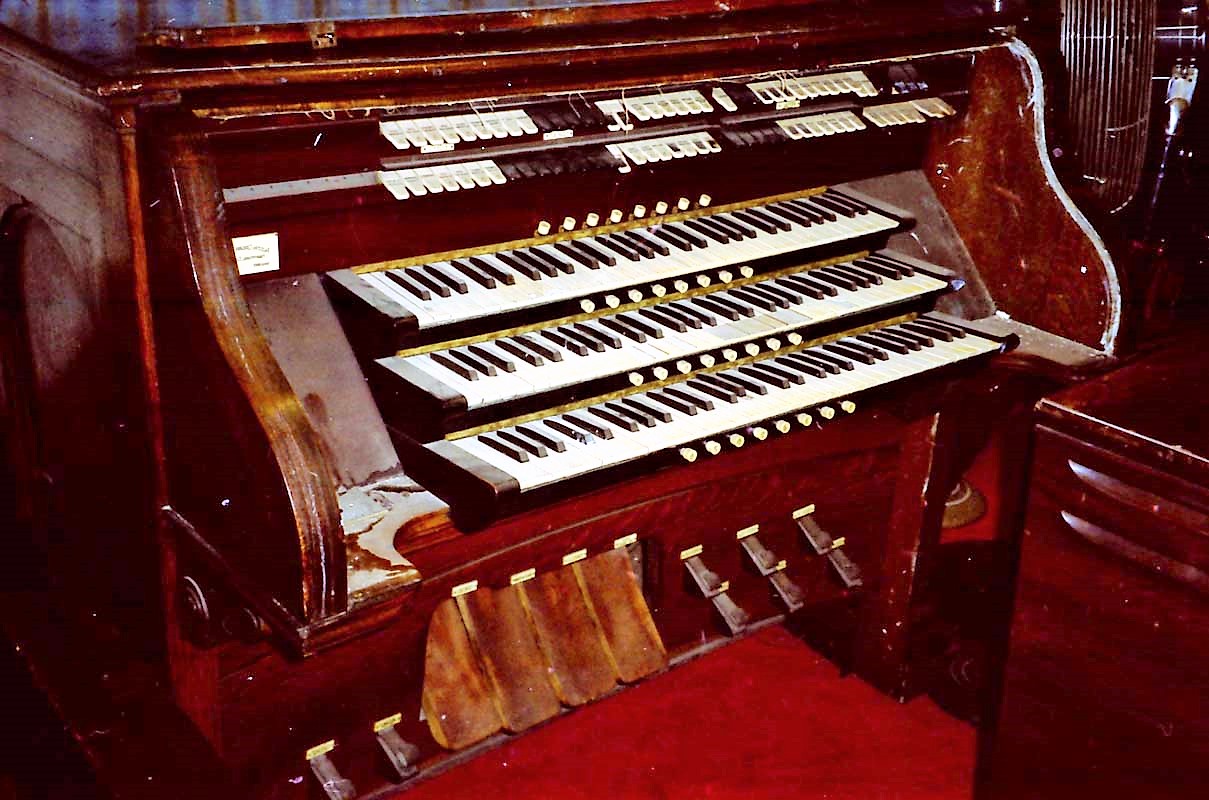 Console: Photograph by AJWB Collection via the NYC AGO NYC Organ Project, submitted by Jeff Scofield. Taken on 2012-10-09 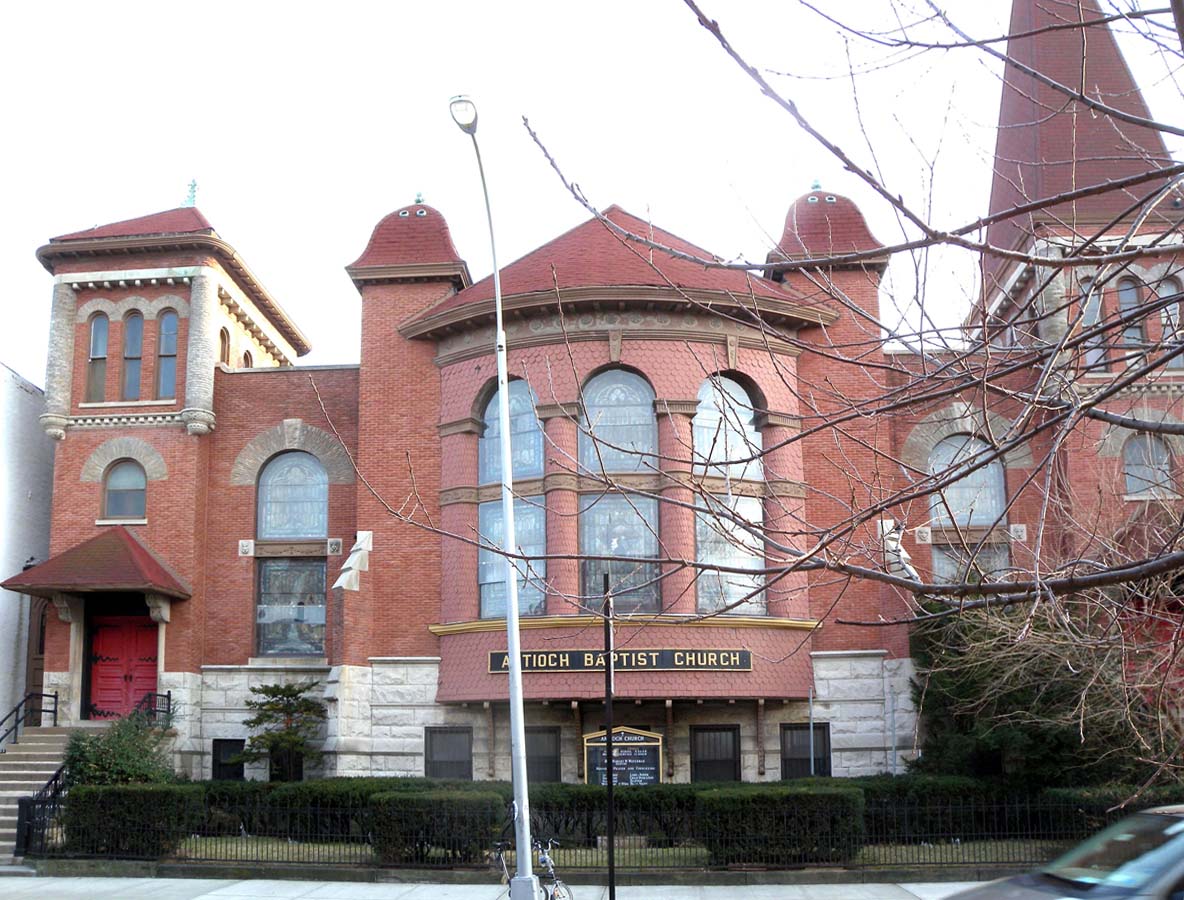 Church exterior: Photograph by Jim Henderson via the NYC AGO NYC Organ Project, submitted by Jeff Scofield. Taken on 2009-02-26

This instrument has been viewed 305 times.