Updated through online information from Steve Bartley.
There are several names for this complex, which was started in 1825 as a "lunatic Asylum" It was used in conjunction with the Virginia Correctional system.
A newspaper article, "Richmond Enquirer" 11/25/1851, pg 1 gives a brief mention of the organ....."A VALUABLE GIFT.- The much admired Organ, which was on exhibition at the Fair in Baltimore, has been purchased by W.W. Corcoran, Esq.,of Washington, for $1000, and has been by him presented as a gift to the West Lunatic Asylum, at Staunton, Va.It was manufactured by Mr. Henry Erben, of Baltimore, and obtained a prize medal.
Erben ran a branch shop in Baltimore, run by his Brother-in-law, James Hall, though it appears by the number of articles, adverts, self promotions, and classifieds placed by Erben, he was impatient with Hall's efforts.
In an article, Sun Paper, Oct 27, 1851 pg1, the writer, describes the contents of the rooms at the Maryland Institute Fair. "Upon entering the room,a large organ, placed upon the gallery at the extreme southern end, will attract the eye. It is from the manufactory [sic] of Mr Henry Erben, of this (Baltimore) city, and was deposited by Mr. Jabez Horner. We have heard little of it, but it appears to be a fine instrument." It is possible that Erben had several organs at the fair and that the one for Staunton was one of these, smaller instruments.
The old hospital building(s) were neglected and closed/sold in 2002. A developer has converted them into condominiums. 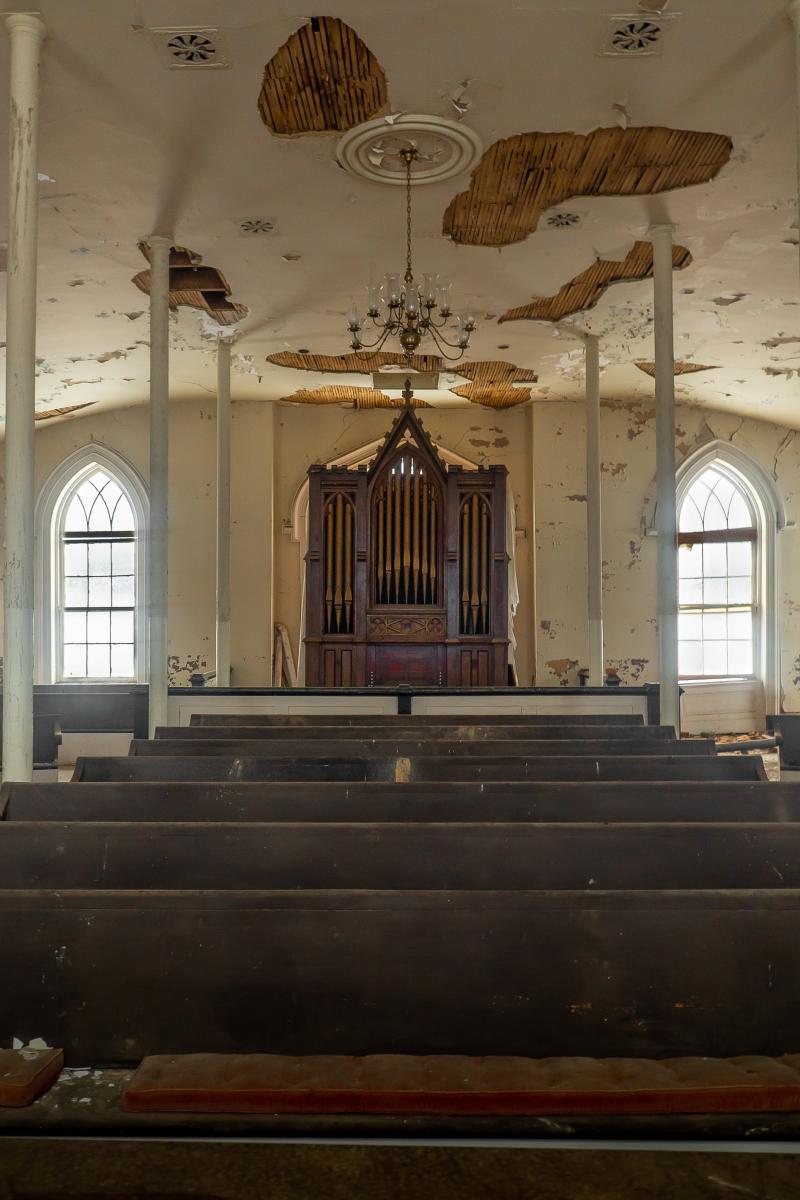 This instrument has been viewed 611 times.