We received the most recent update for this instrument's status from Database Manager on July 15, 2018.

All: We received the most recent update for this division from Database Manager on July 15, 2018.

Main: We received the most recent update for this console from Database Manager on July 15, 2018.

The organ came Monroe to Oxford about 1952. The original 18-note pedal board was replaced with an AGO 30-note pedalboard at that time, which was ineptly installed and hacked up the lower case, removing the hitchdown and pumping pedals along with their mechanisms in the process. The Swell shades must now be propped open from the inside or left closed. The original pedal couplers are still only 18 notes, and pedal pipes only for the bottom octave, so there was no musical gain as a result of the savagery involved with making this mess fit. The pedal stops are divided on either side of the manual chests, C and C# 6-note chests. There are louvres in the side panels in front of the Cello mouths to let the pedal sound out of the case. The Oboe was replaced with a Vox Humana after the installation here, and 15 Oboe pipes were mangled and piled in a heap in the tower. The Vox Humana is now missing as well-- extant in another heap in 2001 and missing by 2008.

The Great Cremona was once a reed, but is now bell gamba pipes, younger than the rest of the organ but still 19th-century pipework, and smaller scale than the corresponding string in the Swell. The Great Flute 4' is mounted on a jump slide at the front of the Great windchest (which would have been the optimal place to put the reed instead of buried amongst the Great pipework), suggesting the chest was recycled from something older, was modified during construction, or was an after-market addition.

The double-rise reservoir was in poor condition in 2001, but has subsequently been releathered professionally, including the inoperative feeder. The pipework has been fitted with slide tuners which makes tuning the instrument even more of a challenge than it was with cone tuning, and needs to occur with far great frequency.

A noisy Spencer OrgoBlo Jr. [3/4 hp, 3.5" static] was installed with the 1952 move to Oxford. When I first saw the organ in 2001, the w.p. was 65 mm, (and is suspect for being too low), and the pipework was anemic and spoke poorly-- perhaps an attempt to lower the pitch. I raised the pressure to 70 mm, and the pitch then sharpened to roughly A445. Due to inexpert trimming of the pipes to accommodate the slide tuners and the wind pressure alterations, the original pressure and pitch are now a matter of conjecture, with the soldered cap flutes and ear-tuned bell gambas the best source of original information, (which want to go sharper or play on higher pressure, or both). Curiously, the Melodia pipes have had their tops savagely cut and hacked, and that stop is now too sharp to be in tune without raising the pitch of the whole organ even further, or raising the pressure. Closer examination is required to determine if this Melodia is original or not. The rack board would suggest it is.

The voicing is currently extremely ragged and uneven, and careful restoration of the pipework is in order to correct the voicing and settle the questions of pitch and pressure.

There is an oral tradition that has followed this organ from owner to owner, that it was originally built as the house organ for the home of the builder, George Jardine. Comparison with the work of Jardine's contemporaries, there are a larger proportion of Jardine parlor organs surviving than any other 19th c. builder, suggesting Jardine made such instruments more affordable and thus sold them in larger numbers. The quality of Jardine parlor organs varies from modest to elaborate. Of the builder's surviving residential instruments, this is certainly the most sumptuous with exquisite veneer work. There is a substantial amount of organ packed densely into a small area, making tuning and servicing a considerable challenge.

We received the most recent update for this note from Scot Huntington on December 13, 2021.
Database Manager on July 15, 2018:

Updated by Adam Kowal, who has heard or played the organ.

console: Open In New Tab Service call Originally published March, 2001
We received the most recent update for this stoplist from Scot Huntington on December 14, 2021.

Notes from Stephen Roberts: Open In New Tab Description of the church and the organ, with quoted remarks from Barbara Owen
We received the most recent update for this document from Database Manager on July 15, 2018. 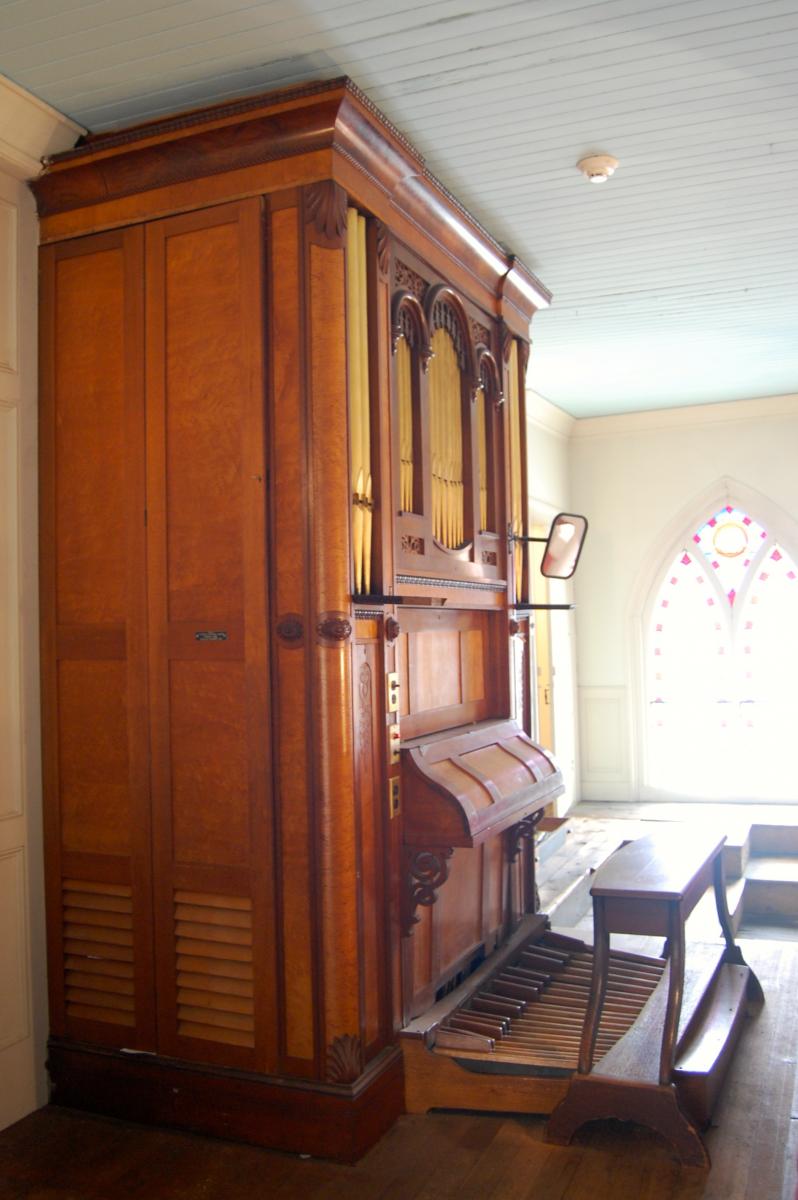 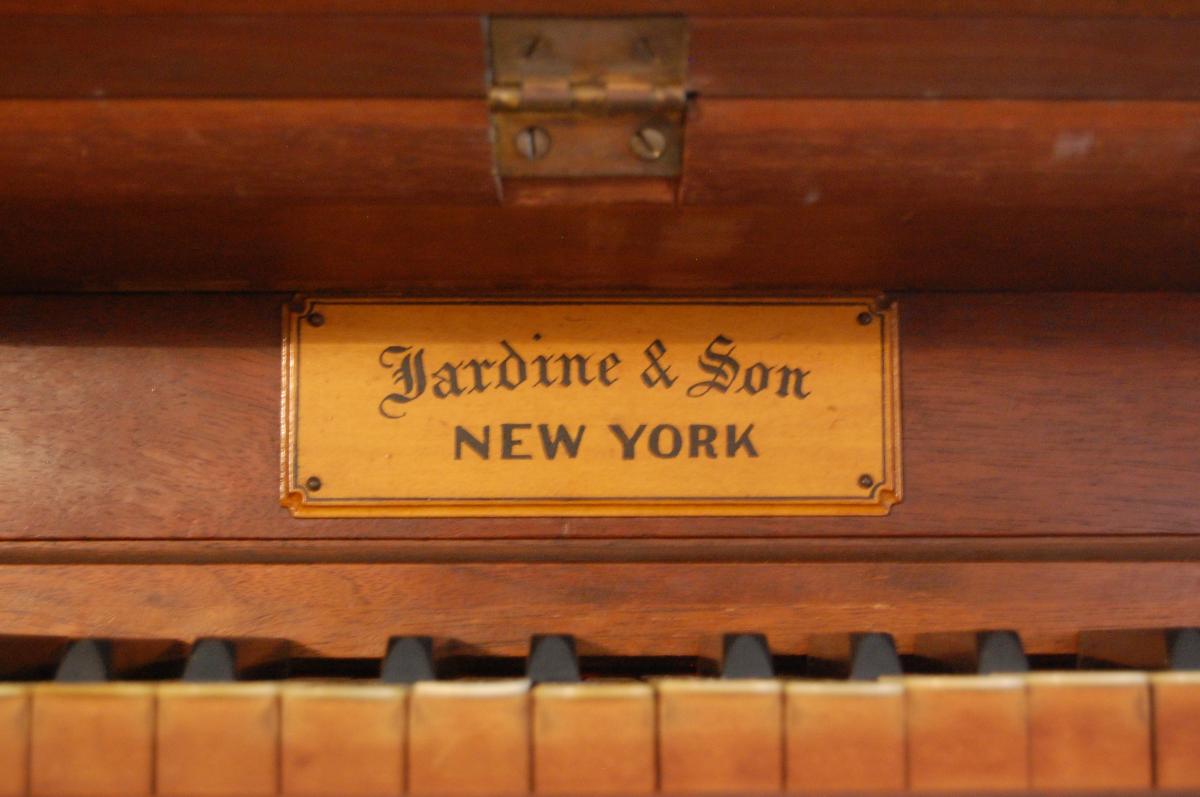 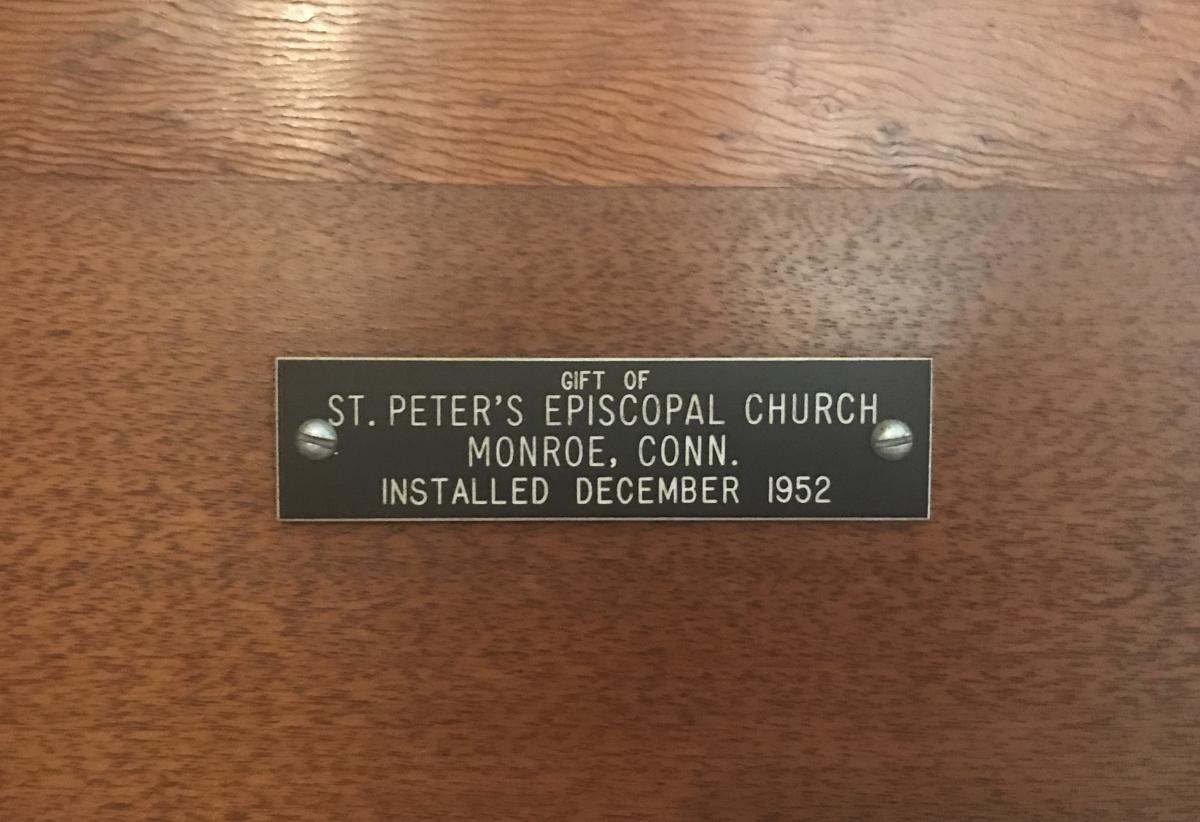 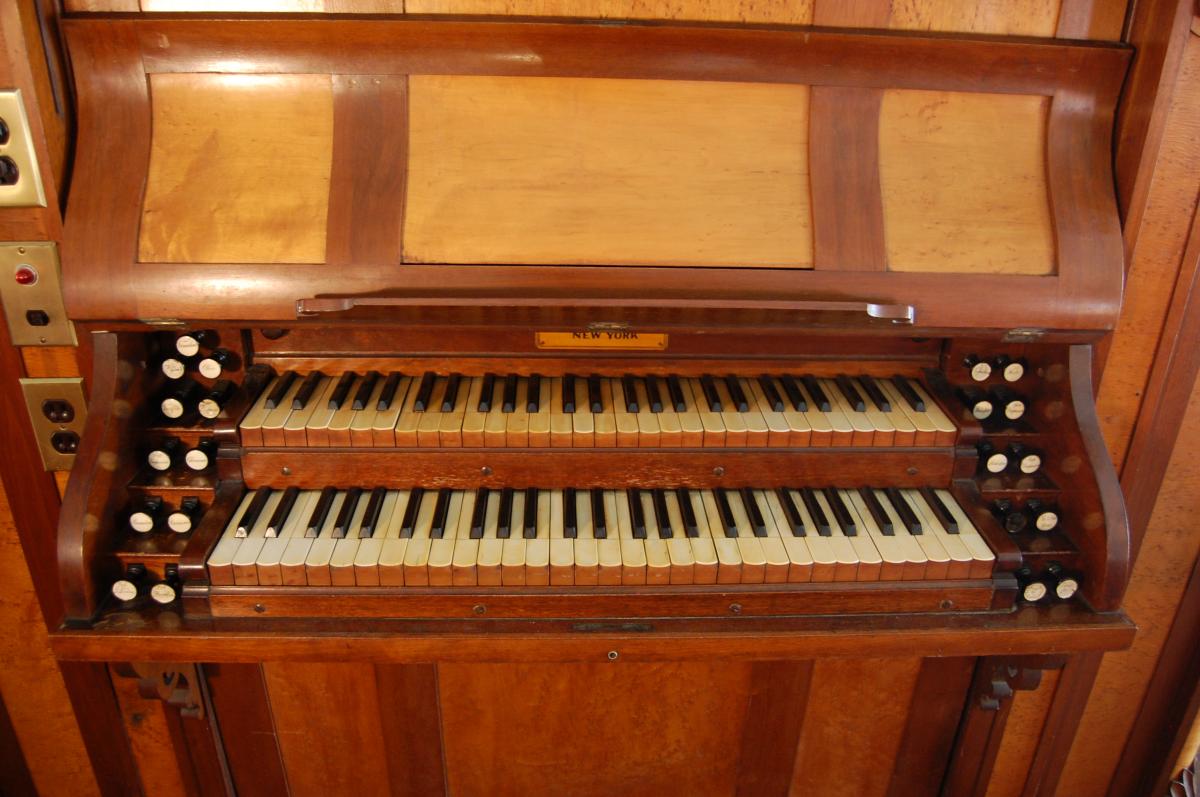 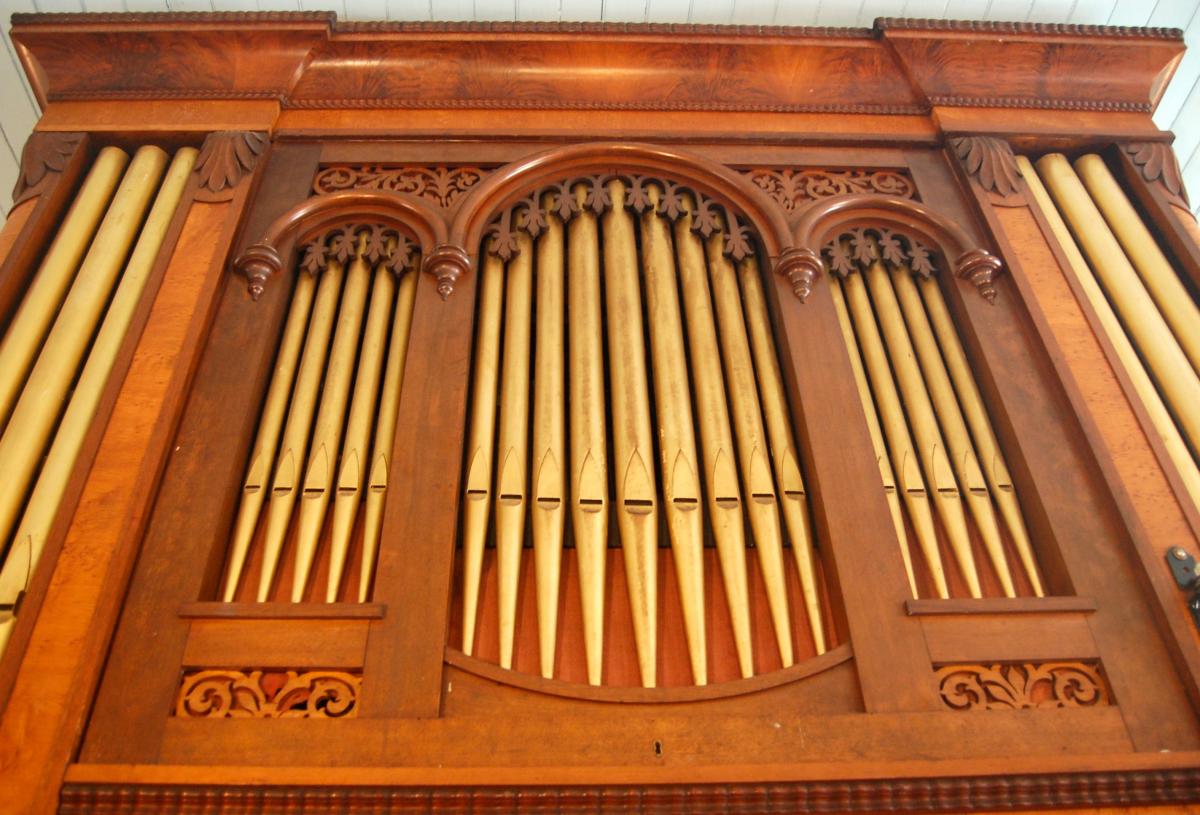 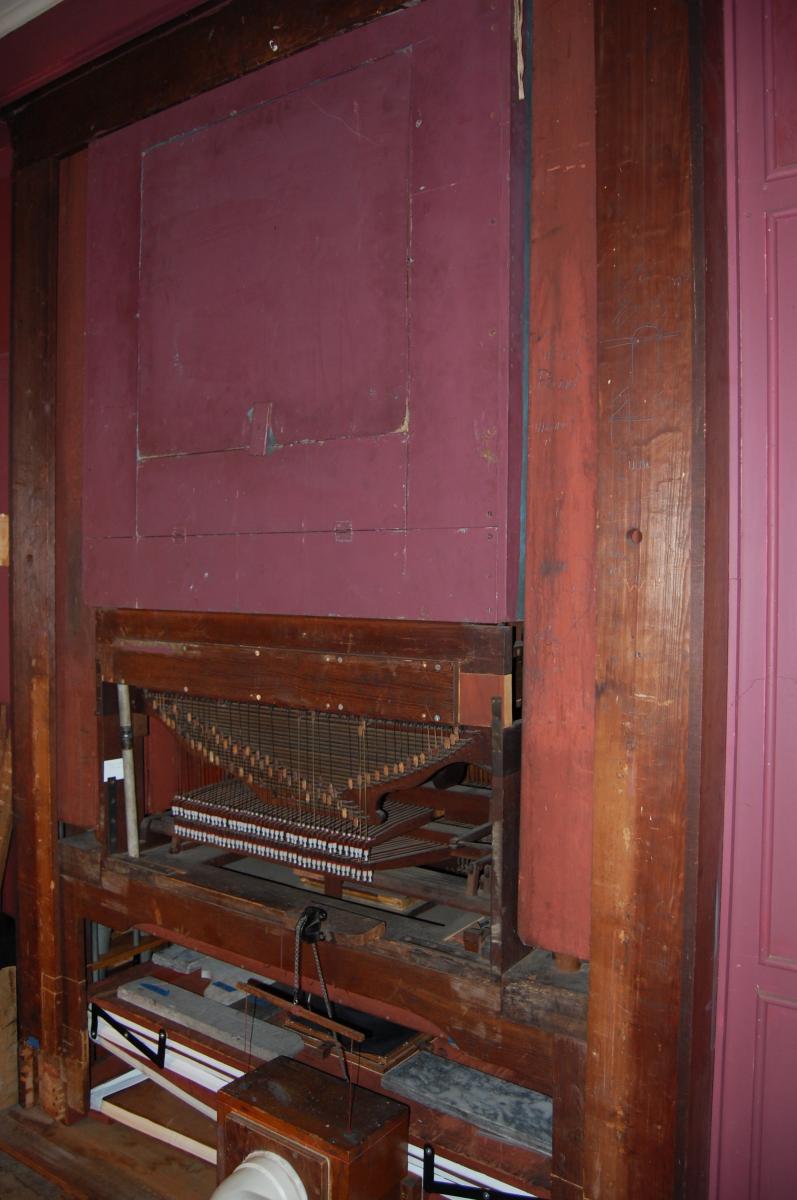 This instrument has been viewed 477 times.