Updated through information posted to PIPORG-L by Jonathan Gradin April 29, 2009: -- The organ is a three-manual Kimball, K.P.O. 6659, divided into two chambers, great/choir and swell, with a third (echo) prepared for but not installed. The Echo stoptabs and swell shoe are in place, but are inoperable.
The Swell appears to be pretty independent, except for some derived Pedal stops. The 16' Gedeckt is in the Great/Choir chamber. The Great and Choir are duplexed.
It still has its original combination action and relay inside the console. The action is EP, and the stoptabs are pneumatic. The pistons (4 Generals, 6 Divisionals, and 4 Pedal) work, although some need to be hit twice or held down to work fully. The divisionals also set pedal stops.
There were some dead notes; I'm not entirely sure if these were at the chest or in the manual contacts. Some notes which initially were dead came to life after repeated use. I was only able to peek into one of the chambers, as the lights weren't working. Some of these, on the Great and Choir, worked intermittently on one manual while working on the other. That would be a key contact problem, right?
The current church occupants don't use it. They want it removed so they can replace the carpet in the sanctuary, which was damaged by snow and water (not near the organ, but the whole carpet needed to be replaced). The console sits on a carpet pad. The two chambers are high up, above the stage area, so I don't think there is any water damage at all. The roof leaked in the back, as far from the organ as possible. The Console could use some cleaning and touchup (minor scratches).
The stoptabs are in straight rows above the Swell manual. They are color-coded like theater organ tabs, though, sounding somewhat theater-like. The trems are very shallow, though.

Updated through information posted to PIPORG-L by Paul Slaughter April 27, 2009: -- Listed for sale on Craigs List.

Identified through online information from theorganman@hotmail.com. -- The building was originally Second Church of Christ, Scientist. When the congregation dwindled, they sold the building to a Church of God in Christ congregation. The organ is seldom used by the new congregation and may become available for sale. The Pedal has no independent registers and is entirely extensions or borrows from the manual divisions.

Stoplist copied from the console: Open In New Tab Copied from console April 28, 2009; Echo stops from James Stettner's report; pedal couplers from memory Originally published February 4, 2007
We received the most recent update for this stoplist from Jim Stettner on April 30, 2020. 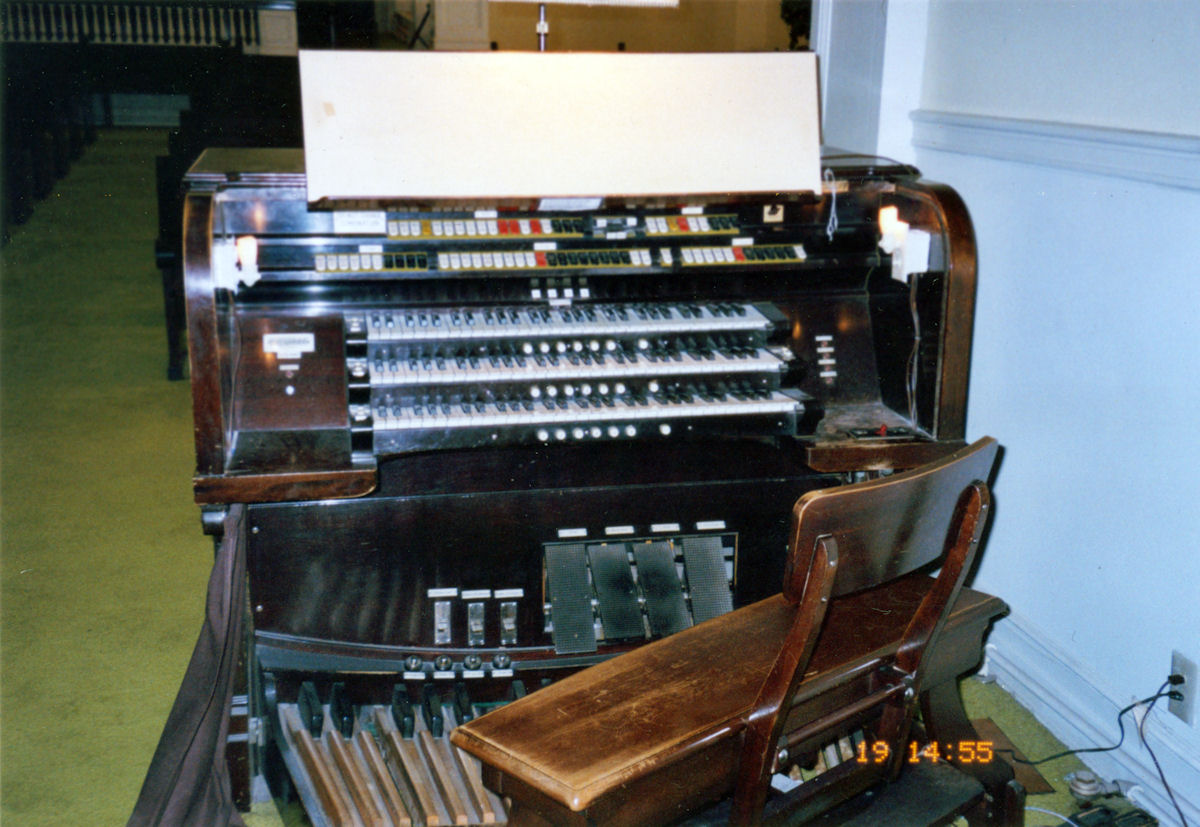 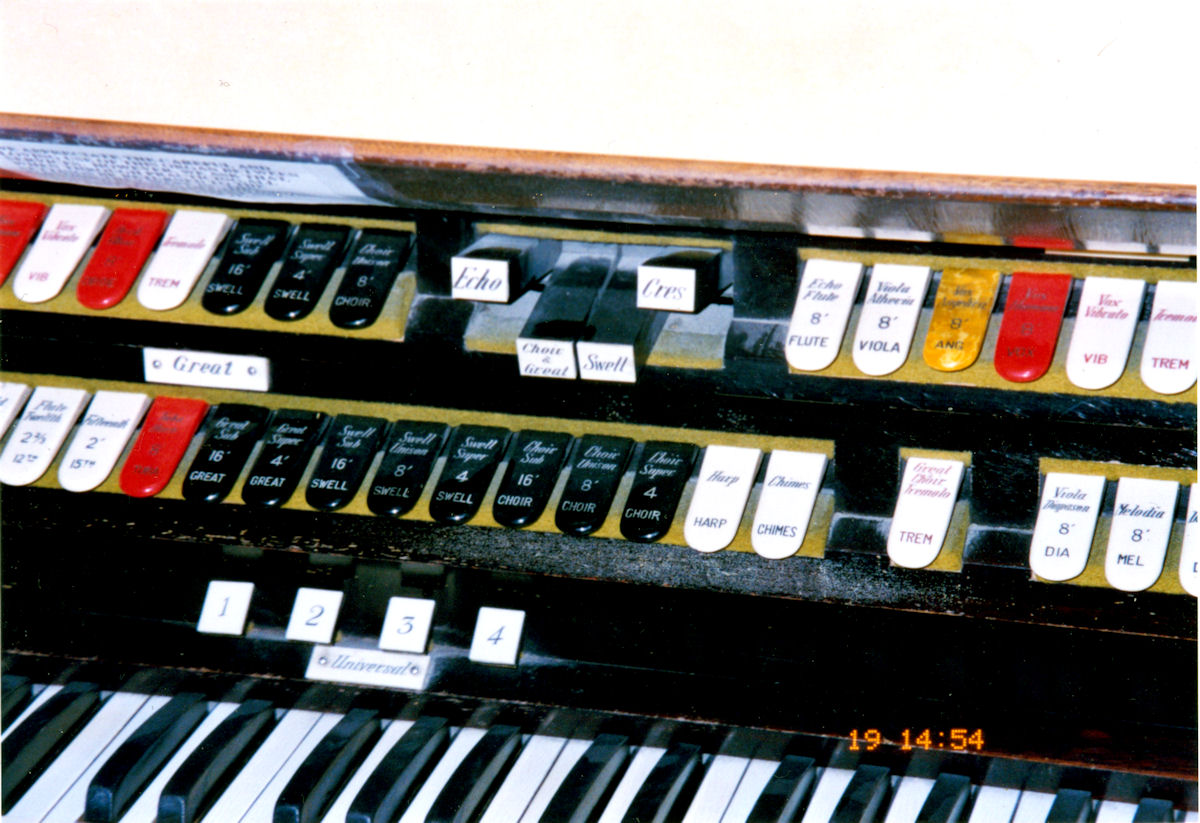 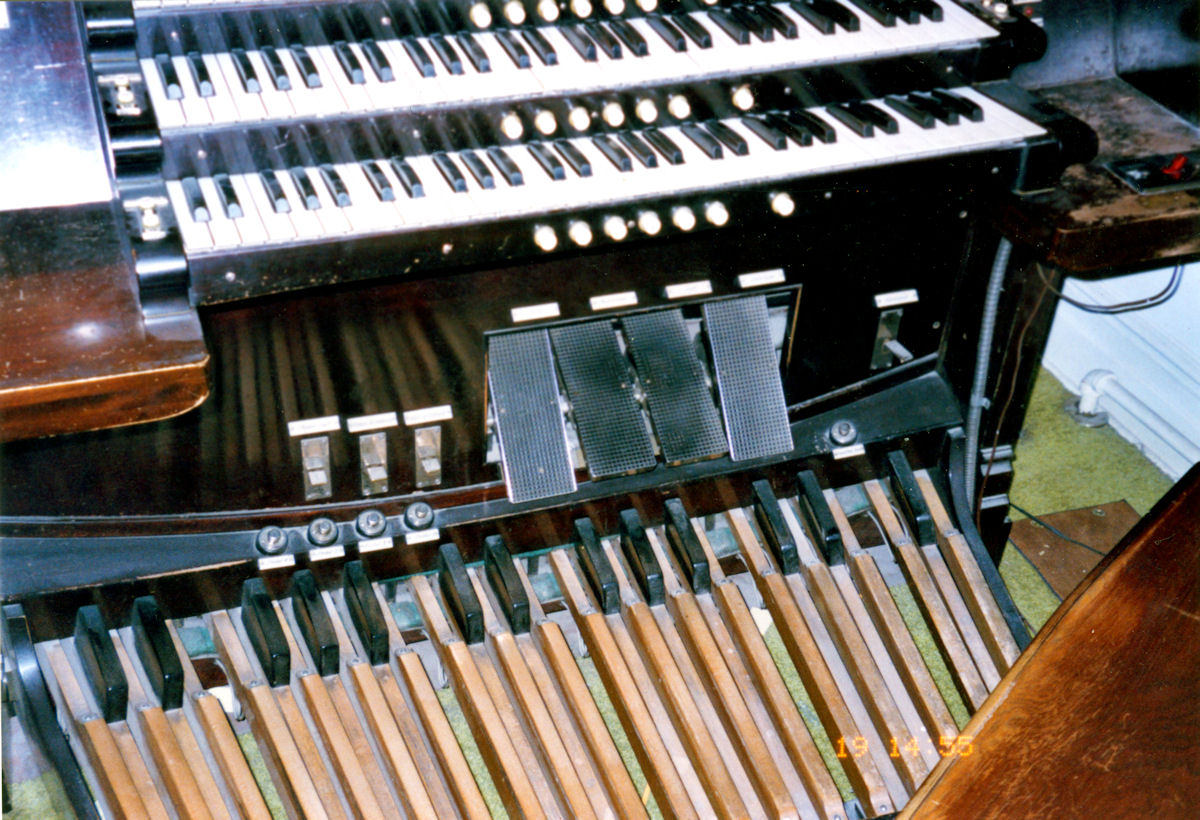 This instrument has been viewed 257 times.