We received the most recent update for this instrument's status from Database Manager on January 28, 2019.

All: We received the most recent update for this division from Database Manager on January 28, 2019.

Main: We received the most recent update for this console from Database Manager on January 28, 2019.

Updated by Eric Schmiedeberg, who gave this as the source of the information: I did maintenance work and played the organ many times..

The enlargement of the Egyptian Wurlitzer was carried out by Phil Giles and Loren Minear. Minear was an organ enthusiast back in the mid-50\'s who lived in Medford, Oregon in those days. I know little about Phil Giles, but I do know that he was a pretty capable player as I have recordings of him playing the Egyptian organ from 1958. Minear wasn\'t too bad, either. My friend Dale Haskins knew Giles much better and mentioned to me that he was a heavy smoker. We both had a big laugh when I told him that I could confirm that. There were cigarette butts all over the floor in the organ chambers! I couldn\'t hear any of the distinctive Style 185 voices that would have been there in the 1958 recording had the Hood River addition been operative yet.

There was a lot of doubling up of ranks when the Rialto organ was added. All of that organ was installed in the old dressing room spaces that sat next to the Main chamber of the original 3/10. The Rialto components spoke through the 3/10 shutters and its own shutters which were located above the stage-right wing space. So, the expansion to a 4/18 was laid out as 13 ranks on the house-left side and 5 ranks (all original from the Egyptian 3/10) on the house-right side. One might notice that 7 and 5 only adds up to 12. Giles and Minear added a Main Chamber \"Tibia\" to the 7 Rialto and 10 Egyptian ranks to make 18 ranks in the organ all together. This \"Tibia\" was not really a successful addition tonally, according to those I know who played the organ when they were still operative.

This arrangement made for \"stereo\" Voxes on 6\" wind and Tubas on 15\" pressure down to 16\' pitch). The Tuba on the 185 was a non-tremmed rank at the Rialto. I can\'t remember whether Giles and Minear put it on trem later on or not. The \"Tibia\" did have its own trem, however. The two Diapasons resulting in the Main were an Open and a Diaphonic; both bottoming out with metal Diaphones to 16\'. For all intents and purposes, the two Diapasons were identical tonally. The only difference between the two being the thickness of the leather on the upper lips of the manual chest pipes. The resulting tonal difference is subtle at best. The 185 manual chest Flute pipes may well have been tuned as a celeste rank to the Egyptian\'s. That would make sense. The 72-scale Viol d\' Orchestre with its celeste were very different from their 64-scale Violin and Violin Celeste brethren, needless to say. Really, only the Diapasons and Clarinets presented a real case of redundancy in the pipework. The Egyptian picked up a \"new\" 37-note xylophone and a 25-note set of sleigh bells in the Main as well--through the 185 addition. The 25-note set of Chimes from the 3/10 and 185 were identical, but in opposite chambers. The 185 Chrysoglott and the Egyptian\'s were quite different. The 1921 Rialto\'s using aluminum bars and the 3/10\'s using steel bars. The aluminum bar sound could be described as being more \"liquid\" than the \"harder\", brighter steel bar sound. I think Wurlitzer switched to steel bars as being standard c. 1923. Giles and Minear would also add a Wurlitzer xylophone to the Solo chamber--so \"stereo\" xylophones. The traps and effects were also \"stereo\", pretty much. The Kinetic Engineering Co. 3 horsepower blower from the 185 was in the attic above the Main chamber.

The fourth manual was a Wicks keyboard (with 5 non-functional pistons) added after jacking up the upper half of the console. The Hood River stop tabs were added under the original lower row of the Pedal and Solo section stop tabs, within the Egyptian\'s tremulant tab section and on the back rail area above the original Egyptian tabs there. None of the Hood River tabs were controllable through combination pistons. In fact, none of the combination action in the Egyptian console was functional, either. I seem to remember that the Pedal tabs would operate what they should and the Hood River Accompaniment tabs did, too....I think. The fourth keyboard was supposed to handle the Hood River Solo manual stops, I believe. None of the Hood River stuff was very happy when I turned on the Kinetic blower and I only concentrated on getting the original 10 ranks of the original Egyptian organ up and running again so it could be fully used to promote the theatre which had recently been purchased by the city of Coos Bay. This was easy to do since the 185 had only been layered onto the Egyptian 3/10. The Rialto console was used as a slave with only the keys, swell pedal and (if I remember correctly) the sound effects toe pistons being functional.

The Coos Bay City Council elected to have the Rialto instrument removed due to liability issues revolving around personal injury, injury to the instrument and the desire to regain the lost dressing room space that would be needed as the Egyptian was slated to become a live performance venue again. All around, a good call.

I encouraged Coos Bay to donate the 185 back to Hood River--which they did. The Rialto organ is the last intact Style 185 that I know of and a piece of Hood River history; the parties from Hood River were appreciative of that.

Identified through on-line information from James R. Stettner. -- This was the addition of WurliTzer Opus 453, 1921 (style 185) from the Rialto Theatre in Hood River, Oregon to the existing Egpytian Theatre instrument, and enlargement of the Egyptian console to four manuals. Both consoles are connected. 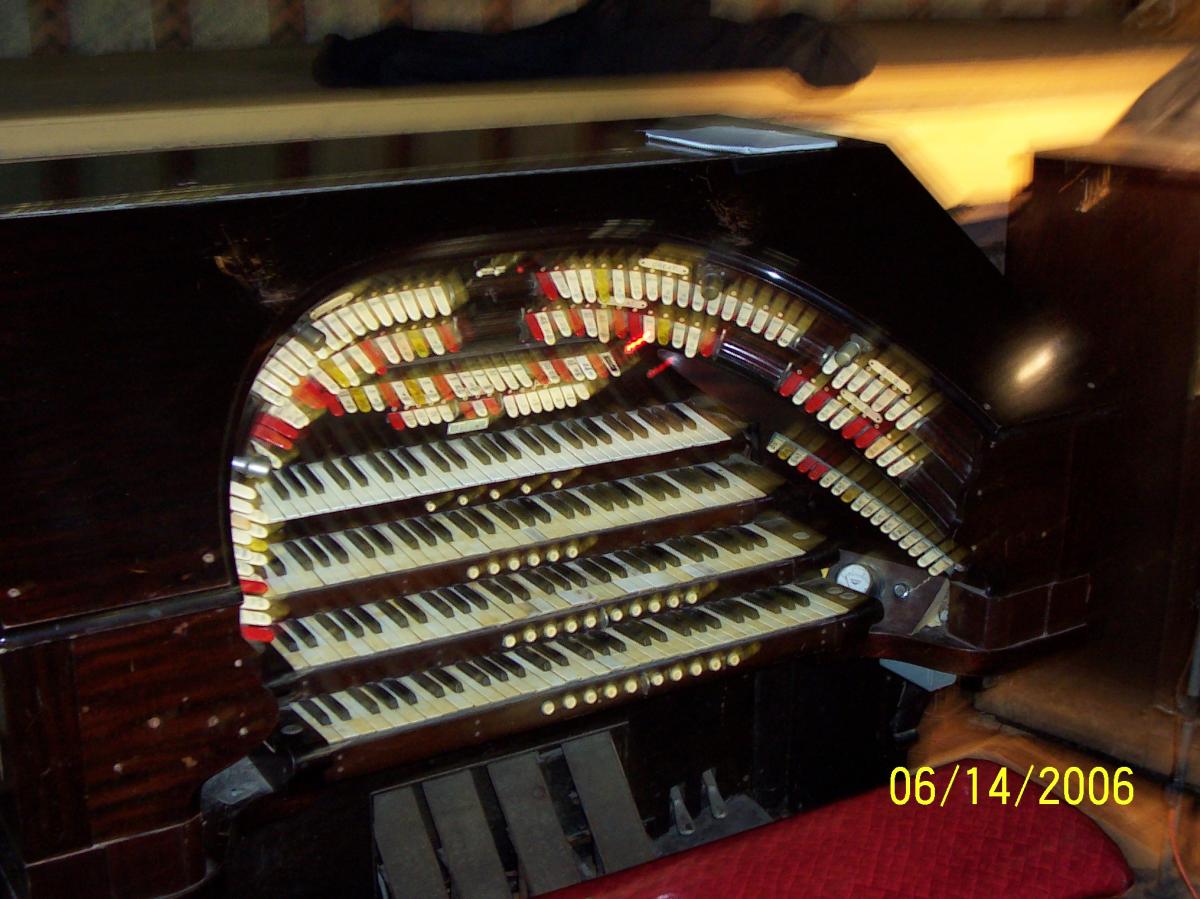 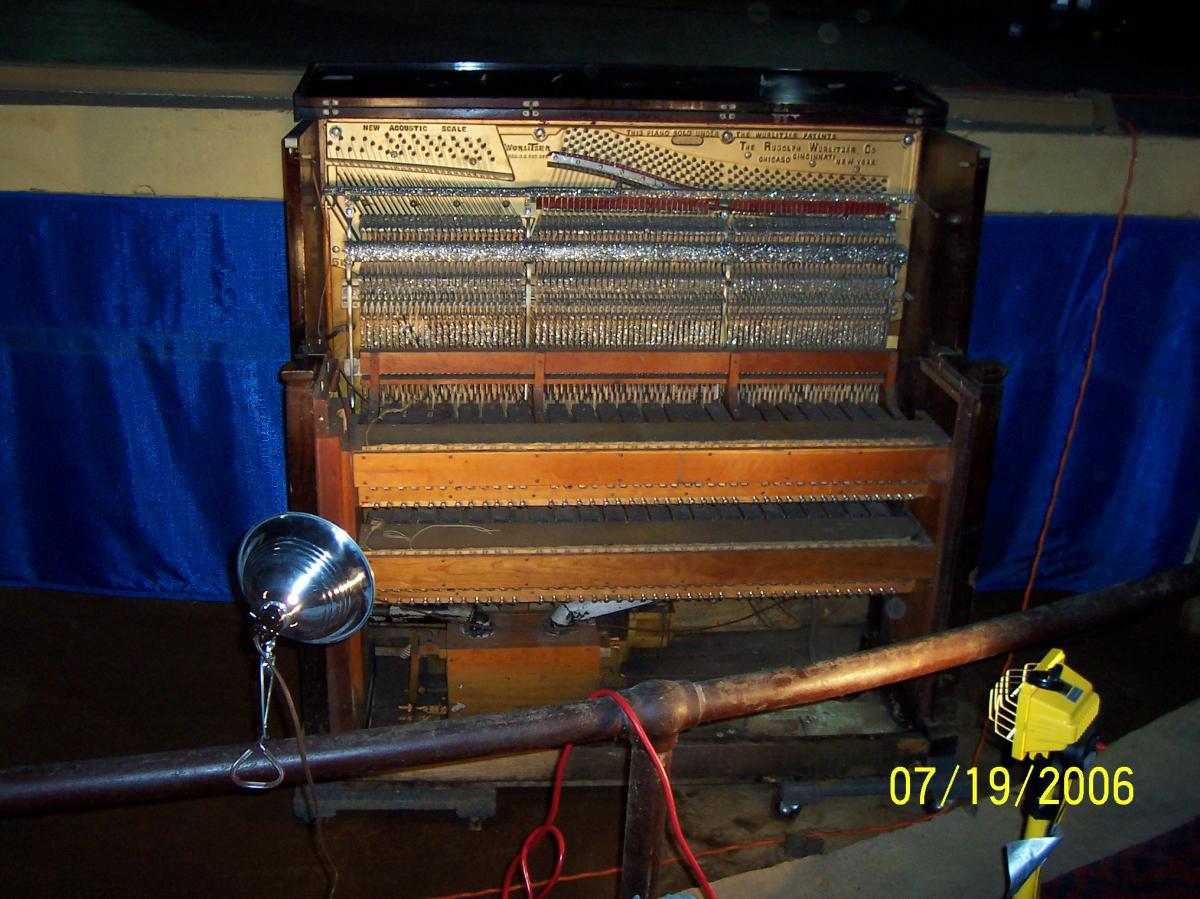 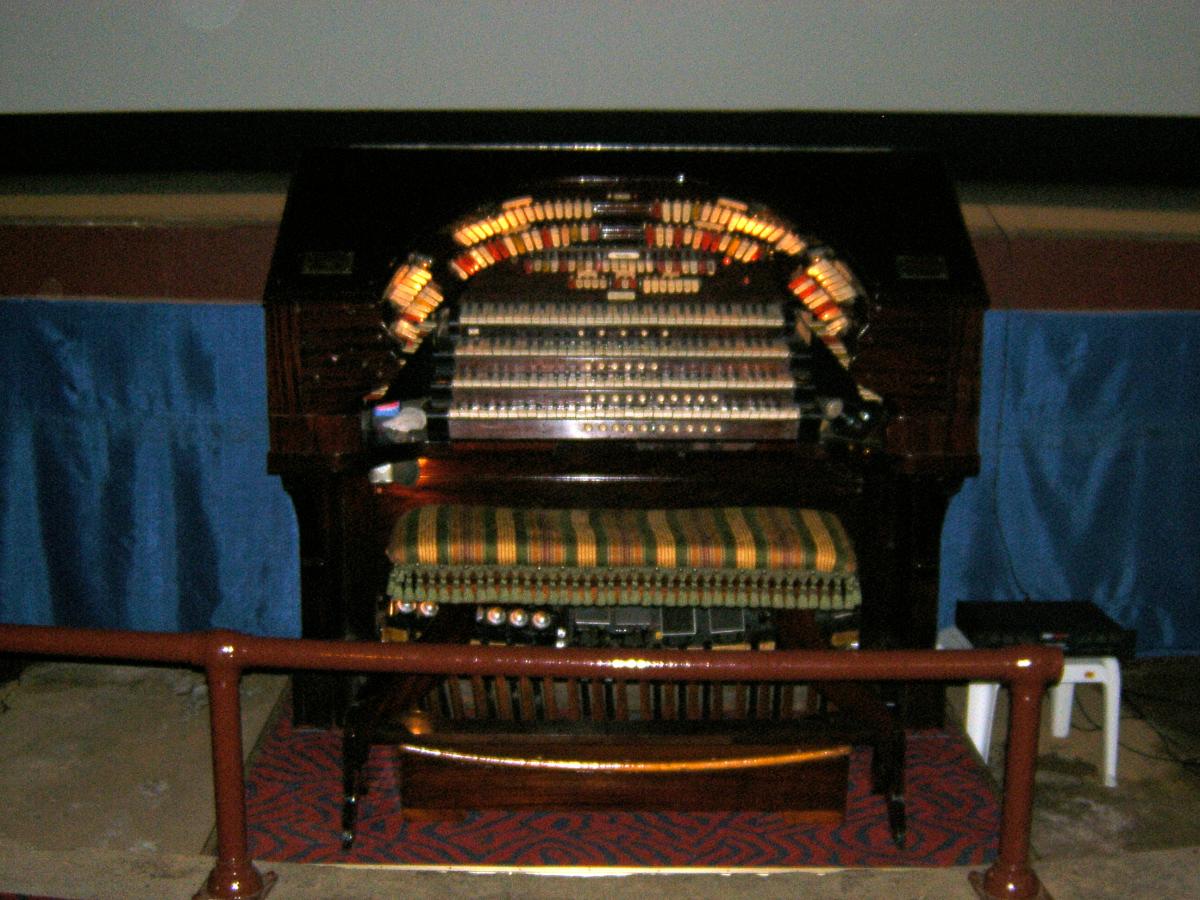 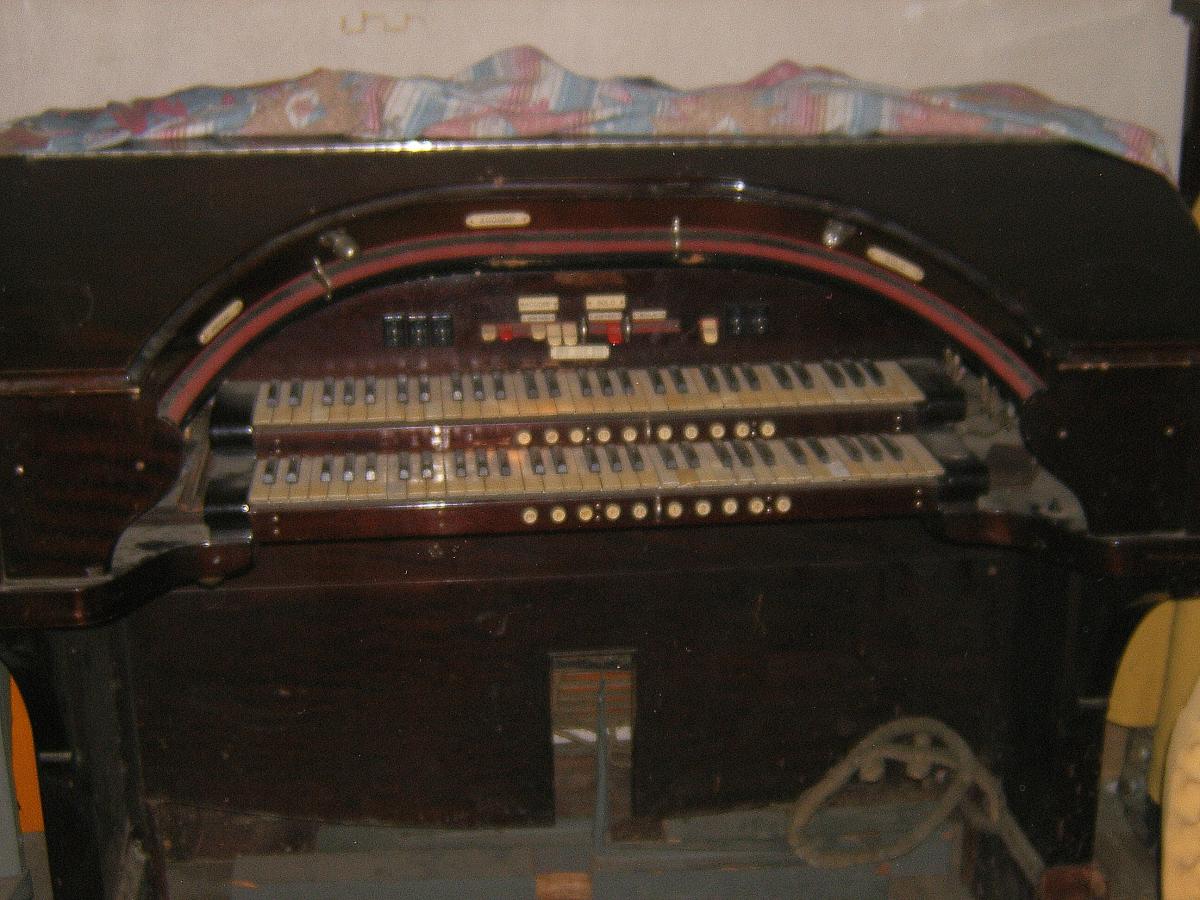 This instrument has been viewed 347 times.