We received the most recent update for this instrument's status from Scot Huntington on October 10, 2020.

Main: We received the most recent update for this console from Scot Huntington on October 10, 2020.

The date 1978 was found inside the double-rise reservoir, confirming this as the year the organ underwent refurbishment repairs by an unknown itinerate organ hobbyist. The Dulciana had been cut down into a 2' Fifteenth with a typed label replacing the original, but whether this happened in 1978 or earlier is unclear. About two thirds of the original Dulciana pipes survived in this cut-down condition, luckily without alteration of the mouths and cut-ups. Spurious replacement pipes, mostly in the treble completed the rank. Once extended to original length, the pipework again spoke with its original voicing intact.

A new and noisy electric blower was added in 1978, and the hand-pumping system was removed, but the bottom plate of the single feeder was kept in the church tower, and placed back in service during the 2005 reconstruction of the original pumping system. The pipe tops were shortened to accommodate new and extremely crude 1978 tuning slides made from old coffee cans, and the pitch was lowered. These fit poorly and the pipework was crimped and badly mangled as a result. With the restoration of the original high pitch, the metal pipework was extended to restore the open metal pipes to cone tuning.

The original pine faux-grained finish was extant, with dings and blemishes in-painted in 2005. The original gilding on the half-round wooden dummy pipes had been covered over under at least one layer of gold radiator paint. Surface faults were repaired, and the facade was regilded in 24K gold leaf. A 2005 decoration mistake was rectified in November 2021-- a toner glaze was added in 2021 to change the gloss level from shiny to matte. Unknown at the time of the restoration, was historically, the reflectivity and shine of gilded show pipes needed to match the gloss level (or lack of it) of the casework which until late in the century was typically a matte finish. The gilded facade is now historically accurate (2021). A number of the plaster rosettes had cracked or were missing entirely. These were beautifully replicated in a synthetic resin by one of the talented furniture restoration specialists from Colonial Williamsburg, and faux painted to match by SLH & Co. A number of missing crenellations from the top cornice were also replicated and faux painted in 2005. Electrical boxes and other unsightly attachments to the casework were removed.

The windchest was in good condition, its mahogany table still intact, and rather than being replaced with plywood in 2005, small cracks were plugged with mahogany shims and the channels poured out with hide glue. The pallets were recovered in leather, and the glued-in method of pallet tail capture was retained.

Two original stop labels had survived, and the three missing labels were carefully replicated in 2005. Low-C of the 4' Principal was signed by two Erben employees, Polster a NY pipemaker, and Teale known to work in the Baltimore works. Church history confirms the organ was purchased from the Baltimore branch of the Erben works.

This was the first instrument SL Huntington & Co. restored after Scot Huntington made a career-changing pilgrimage to be tutored in museum conservation techniques by John Watson, chief musical instrument conservator in the Colonial Williamsburg Conservation Lab.

We received the most recent update for this note from Scot Huntington on November 02, 2021.
Database Manager on October 30, 2004:

[An 1860 Erben is on the Erben list at Trinity Episcopal, Port Conway, VA.][Possibly zip 224__.] Old map appears to show this on the Rappahannock River opposite Port Royal.

Taken from the console: Open In New Tab Originally published 2005
We received the most recent update for this stoplist from Scot Huntington on November 02, 2021. 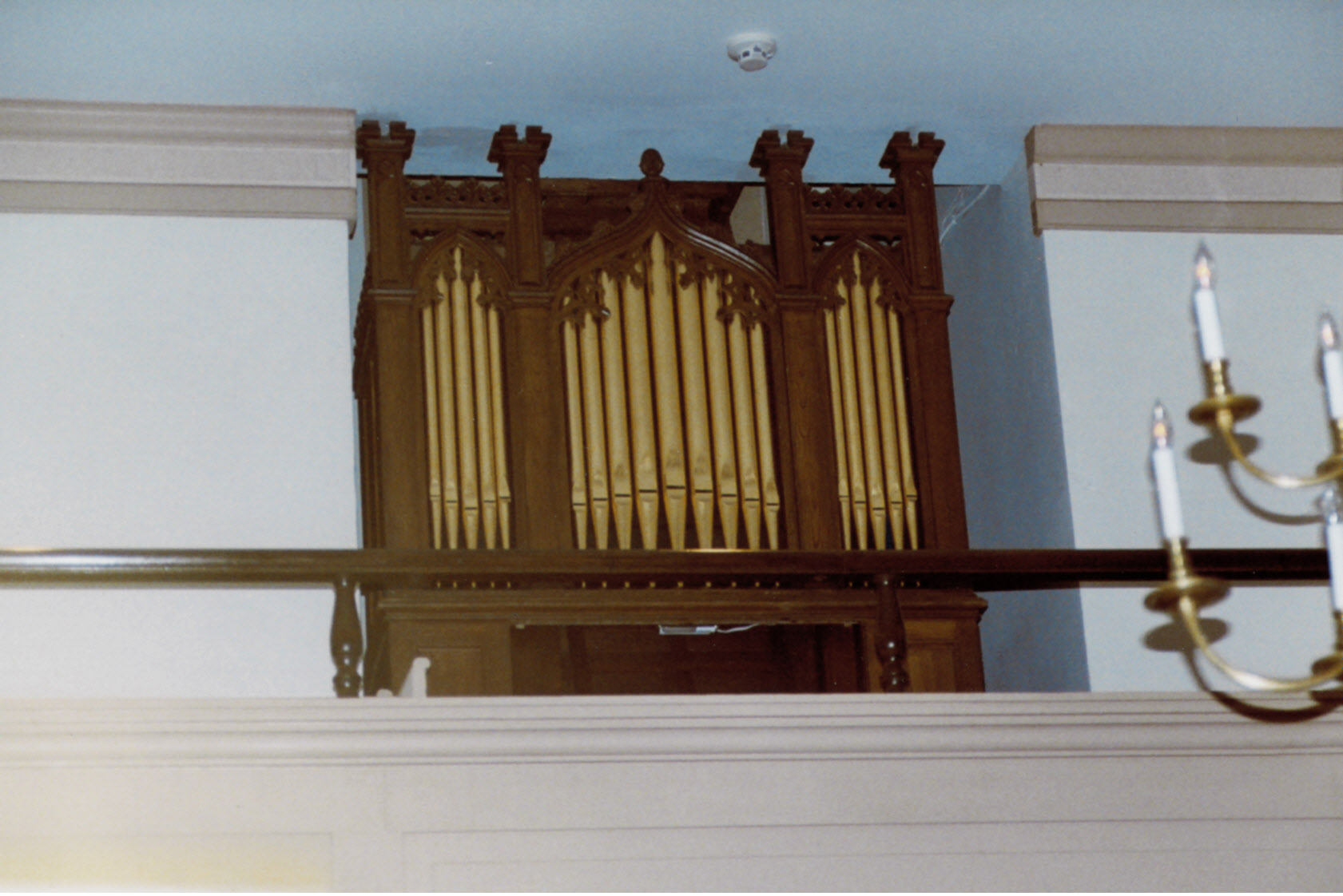 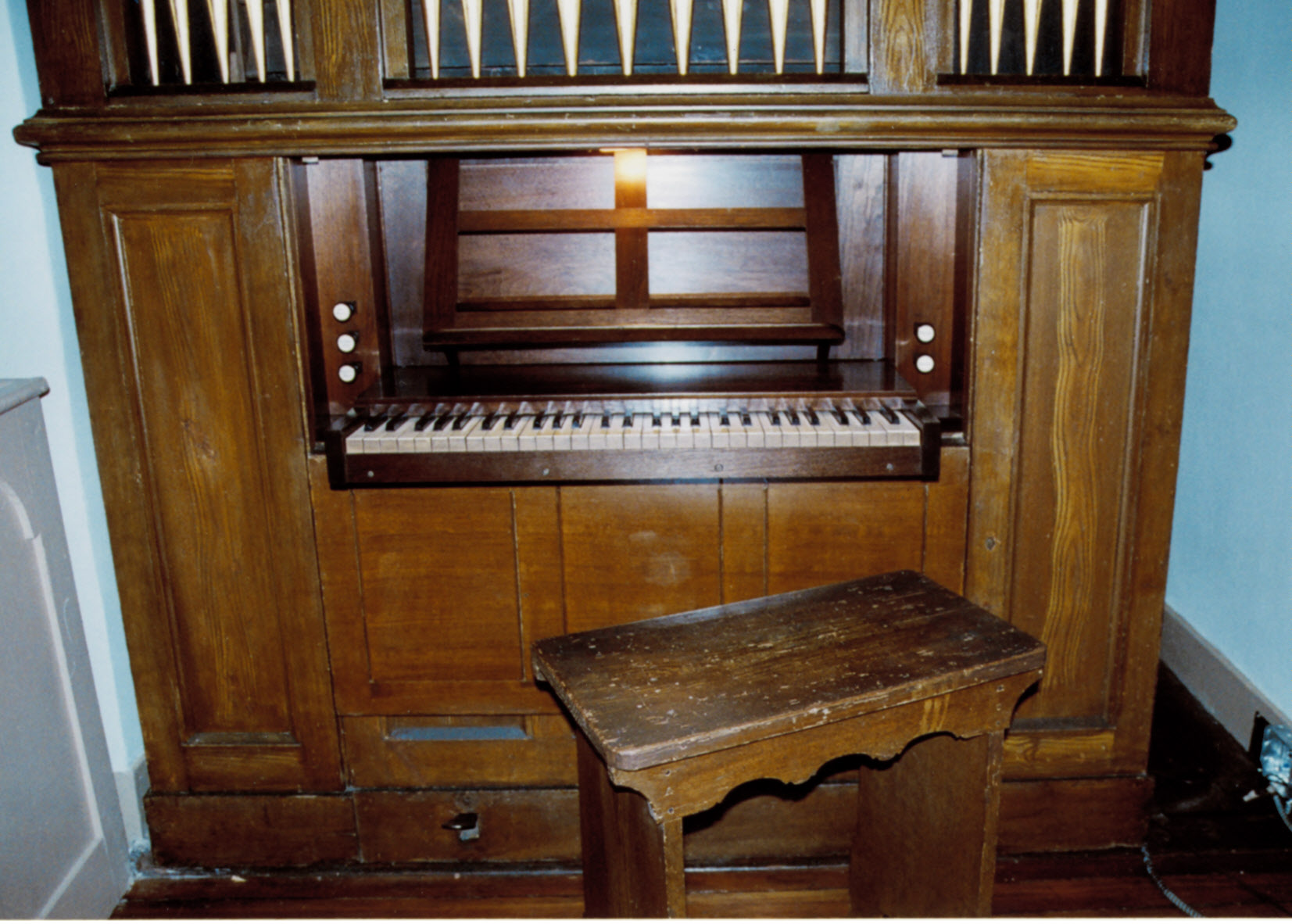 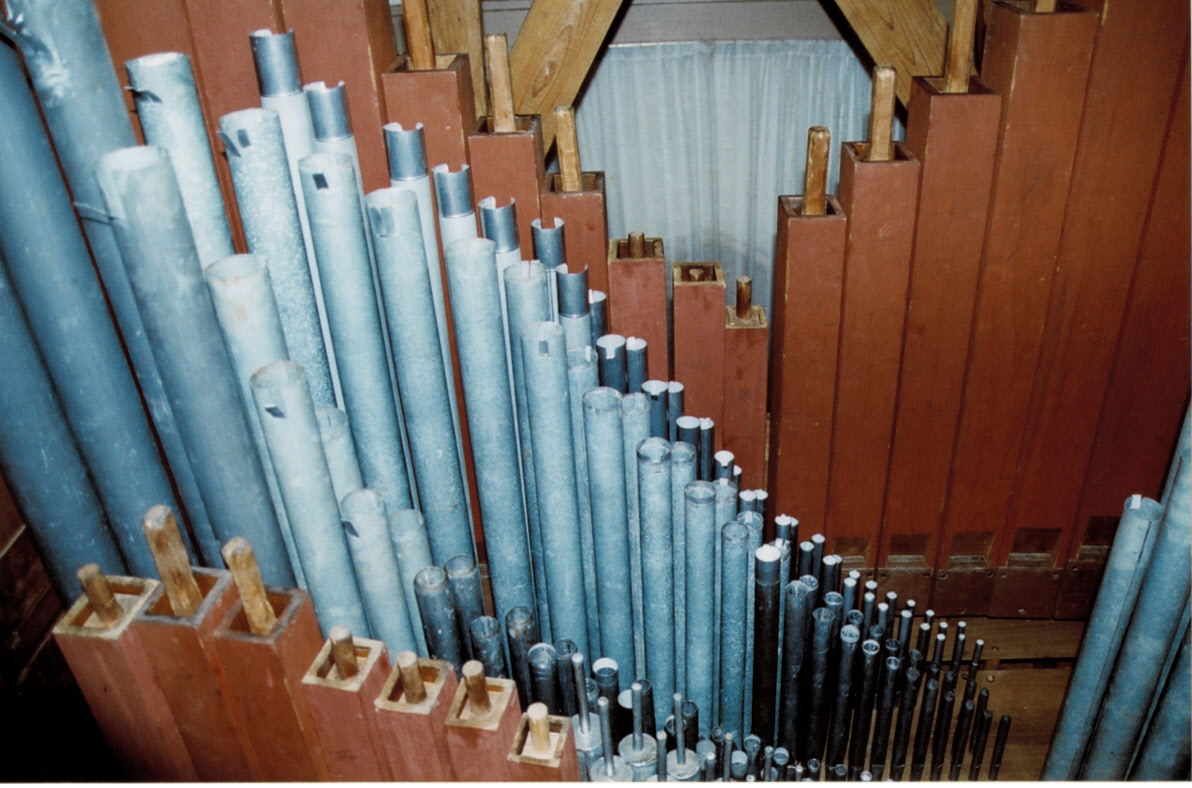 This instrument has been viewed 648 times.