We received the most recent update for this instrument's status from Paul R. Marchesano on November 01, 2022.

From the 1964 OHS Handbook: The organ was installed in 1849 by Henry Erben of New York and is presumably a product of his Baltimore branch. About 1876 it, as the records state, "was overhauled and made more powerful." There is evidence to believe that the pedalboard and its bourdon were added at this time and that the work was done by Moller when their factory was in Greencastle, Pa [later discovered that it was Hall & Labagh: see below].

The mark, A. Elder, appears on the low C fifteenth pipe and on the tenor C flute. The mark, D. A. Carny (?), is on the tenor F dulciana pipe. None of the stop labels are original. When the Newcomer Organ Co. refurbished the instrument in 1 963, the pedal action was revised to its present state. Before that time, the slant knob now labeled Manual to Pedal was a pedal check. When this knob was in, the pedals activated the manual keys and the bourdon stop simultaneously, with no means to play them separately. The swell shoe at far right that operates the overlapping, horizontal shades is an obvious innovation. The odginal hold-down foot lever for the shades was left of center over the pedalboard. The stopped diapason has 2 octaves of stopperedwood pipes, and is a metal chimney flute from middle C to top ; the flute is of rohr variety throughout. The open diapason bass stands in front of and outside of the shades, four pipes -of which are in the case in the corner groups of three, as follows: Left of Organist - FF:#, dummy, GG#; right of organist - GG, dummy, AA. The trumpet has 7 open metal flues at the top. Eight basses of the organ are rollerboarded to the treble end, by whole steps, beginning at CC#. The chest behind the shades is laid out, from front to rear, as follows: Trumpet; fifteenth and flute, sharing a topboard and rack; principal; stopped diapason; open diapason; dulciana. The pedal bourdon stands on a floor chest behind the case, and its lowest pipe is addressed, F. E. Corbett / Alexandria, Va., who is thought to have been a member of the congregation that used the building at the time of the 1 876 rebuild.

From the 2011 OHS Atlas: In the early 1870s, Hall & Labagh of New York City improved the organ with the addition of a 20-note pedalboard and a 16ʹ Subbass. Contemporary descriptions of the work described this as making the organ more powerful. [Provided by Dahmann from the Alexandria Gazette and Virginia Advertiser (September 3, 1880): 3. Organbuilder David M. Storey has indicated that there was a note in the organ that read: “Moved and tune April 15, 1873, by L.C. Harrison of the firm of Hall & Labagh of New York.” This information also provided by Dr. Dahmann.]

Updated through on-line information from Paul Marchesano. -- Organ was moved to gallery in 1928, returned to front of room in apse behind pulpit 1997. The Pedal Subbass was added in the 1870s by Lewis Condit Harrison of the Hall & Labugh firm. The stop and pedal board are currently removed from the organ and in storage. Möller appears to have revoiced the Trumpet in the 1960s.

From Second Presbyterian, Alexandria [or is this same as 2nd Presbyterian?]. As of 1994, to be moved within church, possibly to original location at front of church. [or 321 South Fairfax Street?]

Source not recorded: Open In New Tab From 2011 convention program
We received the most recent update for this stoplist from Database Manager on April 09, 2020. 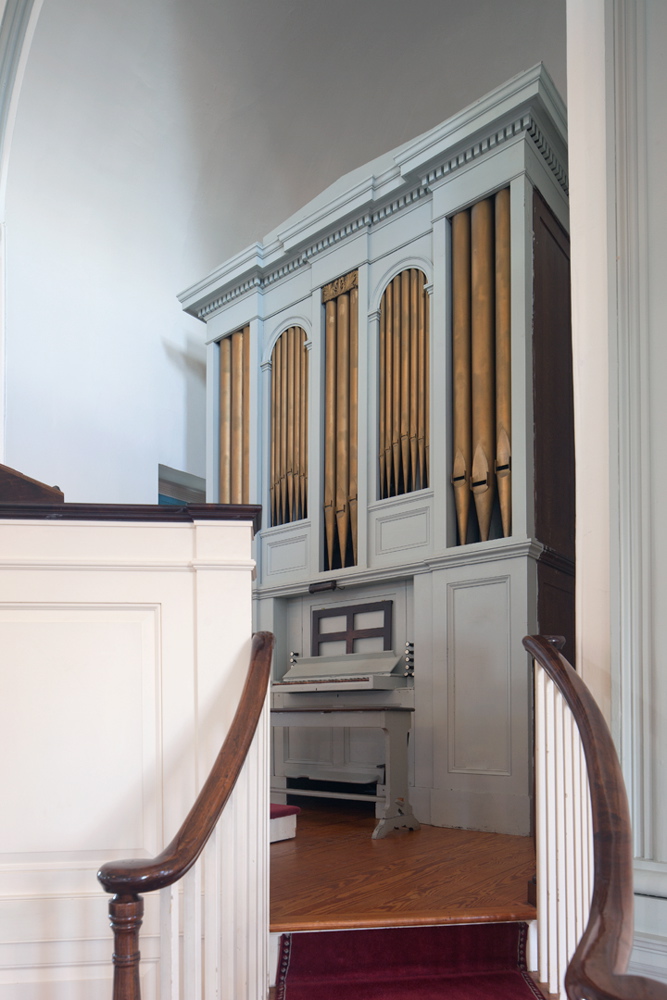 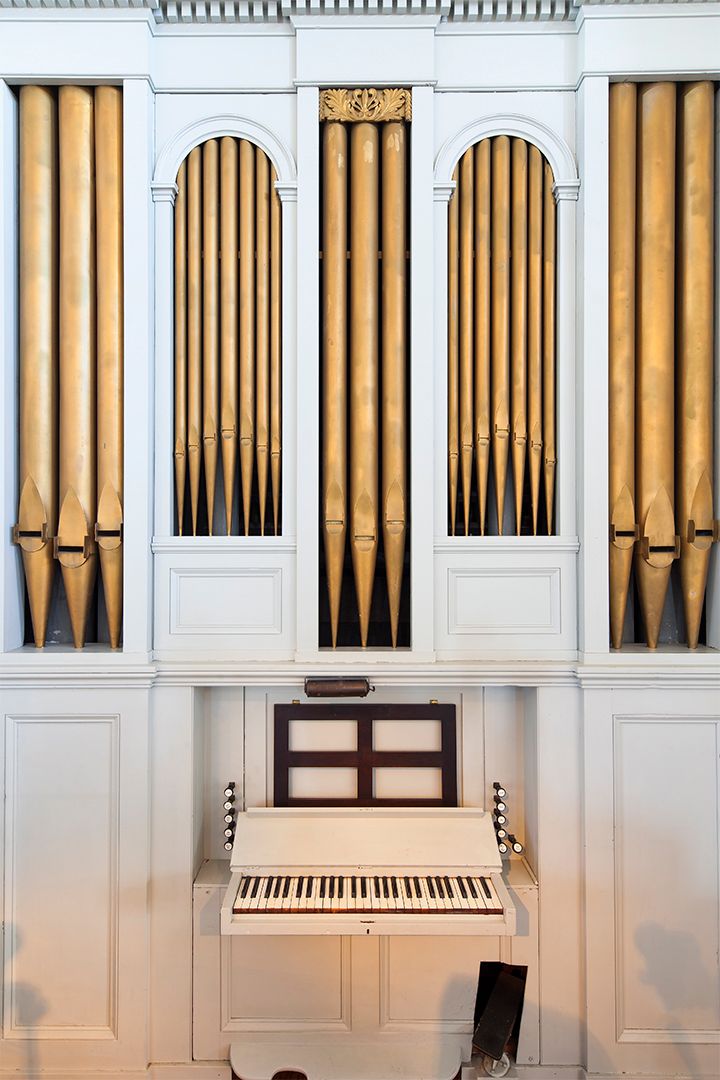 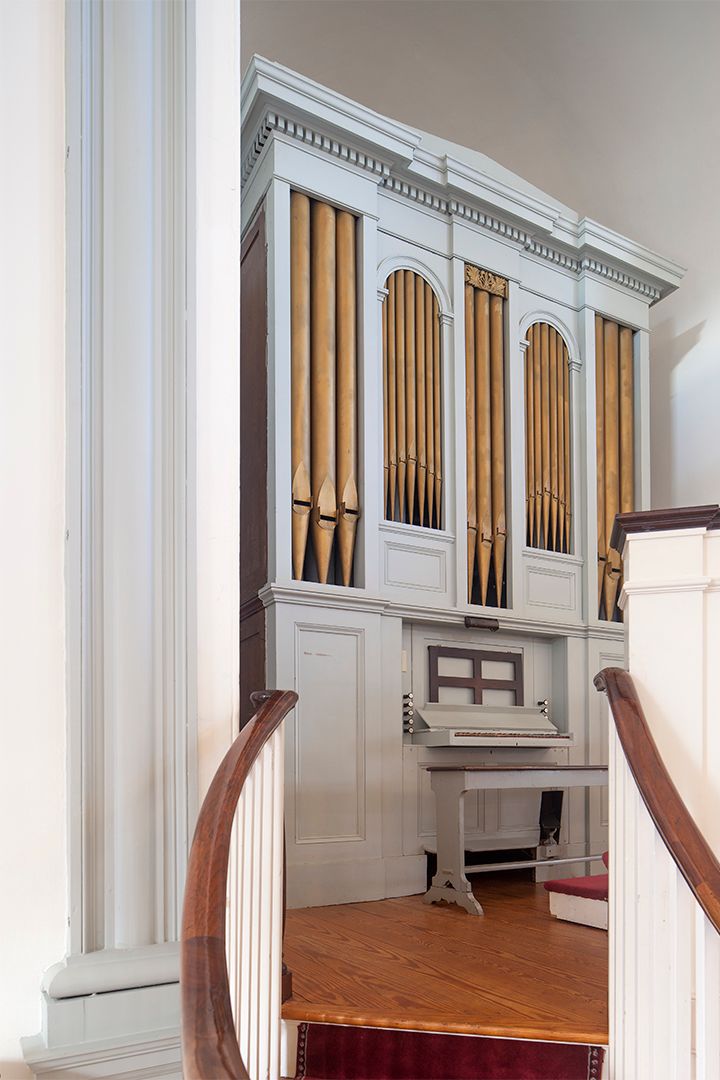 This instrument has been viewed 1,107 times.