We received the most recent update for this instrument's status from Database Manager on July 18, 2018.

All: We received the most recent update for this division from Database Manager on July 18, 2018.

Main: We received the most recent update for this console from Database Manager on July 18, 2018.

Identified through online information from Joel S. Kumro. -- The pipe organ was originally built and installed by Tellers-Kent Organ Company of Erie, Pennsylvania, in 1925. It was later moved from the center to one side of the organ loft so that the rose window, which had been covered by the original placement, would again be visible. In December 2009, Father Richard Jesionowski, pastor of Our Lady Help of Christians Catholic Church in Cheektowaga, New York, contacted Heritage Pipe Organs of West Valley, New York, to evaluate its chapel-s pipe organ. Heritage evaluated the following components: â—¦ Layout â—¦ Wind chests â—¦ Electrical system â—¦ Blower motor â—¦ Pipe work â—¦ In April 2010, Heritage began work on rebuilding the organ, incorporating as many of the existing components as possible. The casework was cleaned, and the facade pipes were restored by removing the old finish and applying new gold paint. The console shell was also cleaned, and it was fitted with new keyboards, stop tabs, and a new pedal board. The new switching, combination action, and other functions (including MIDI, transposer, record/playback capabilities, and multiple levels of memory) are software based. The main reservoir, which was a relatively recent addition to the organ, was retained. A new German-made blower is now located in the organ; the original blower had been located in the basement. New wind chests for the Great and Swell were constructed using electro-mechanical action, and the off chests were rebuilt using electro-pneumatic action. The Swell box was reduced to its original size, and shades were added to the nave side for more sound egress. A new Swell motor now operates the shades. The 16' Bourdon was retained because of its good condition, and Heritage releathered the stoppers. However, because most of the pipework was in poor condition, many stops needed to be replaced. Heritage was able to incorporate many Johnson & Son stops that it had acquired from Asbury United Methodist Church in Delaware, Ohio. Johnson & Son was a prominent late 19th century pipe organ builder. The instrument has been equipped with state-of-the-art electronics including a 100-level memory system, record and playback, full MIDI implementation; as well as convenient console amenities for the organist. In addition to 22 beautiful, delicately voiced pipe stops, the organist may choose from a bank of 94 additional digitally sampled stops available via the Allen Ensemble MIDI division. With these resources, the organ has an exceptional tonal palette, allowing for wonderful versatility. The instrument can now be utilized to faithfully and beautifully accompany choirs, soloists, and congregational singing. In addition, it will be a valuable performance instrument.

Source not recorded: Open In New Tab
We received the most recent update for this stoplist from Database Manager on April 09, 2020.


Source not recorded: Open In New Tab Stoplist taken from the console February 11, 2012
We received the most recent update for this stoplist from Database Manager on April 09, 2020. 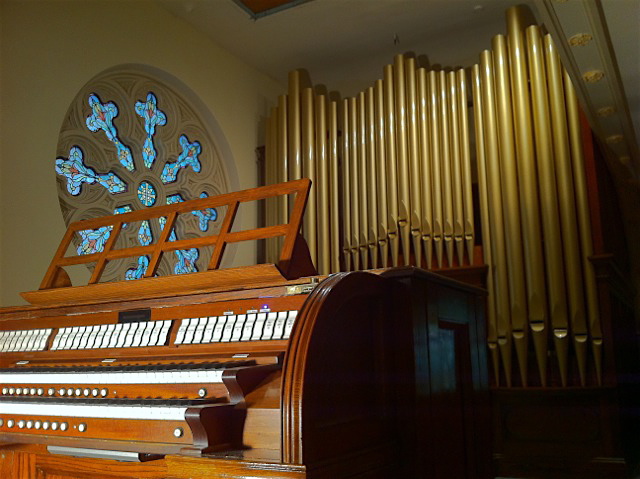 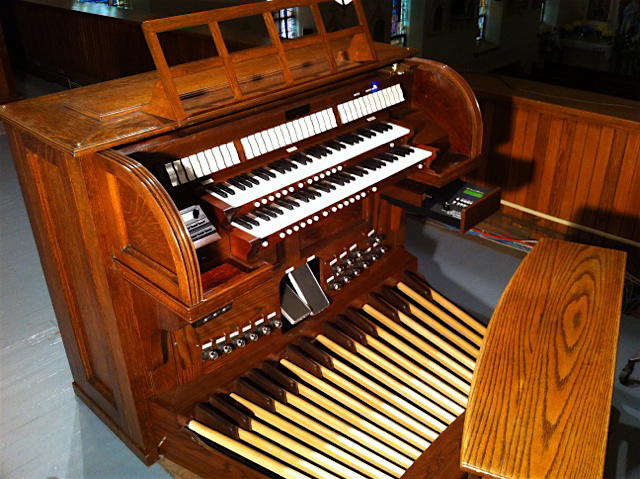 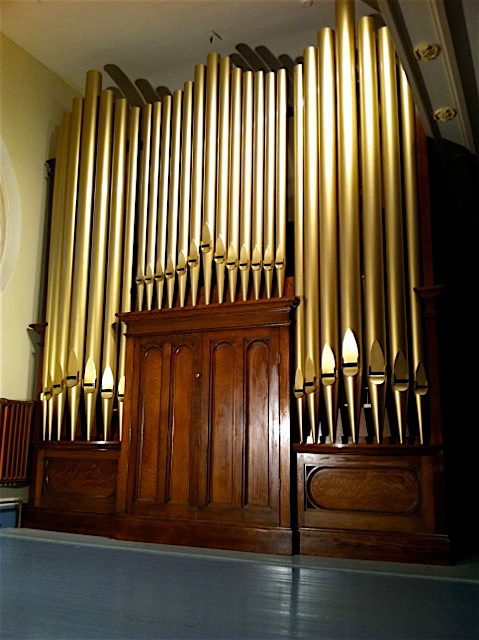 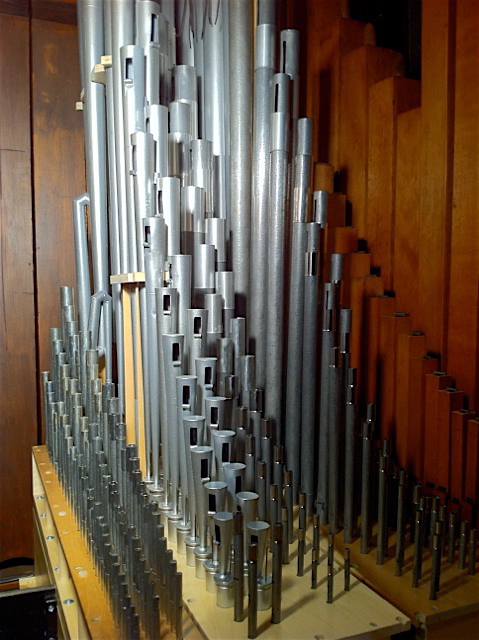 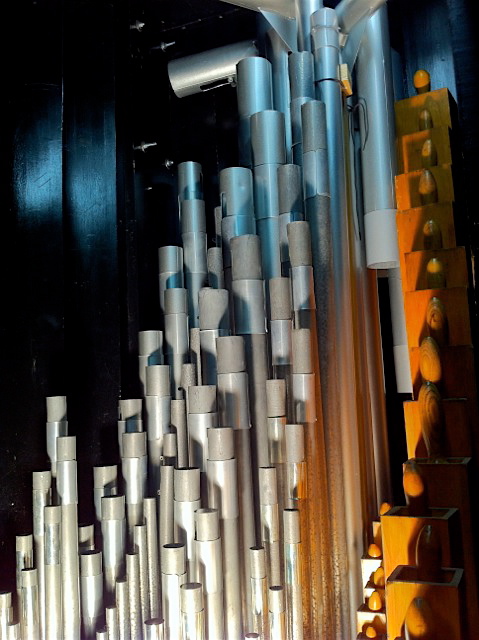 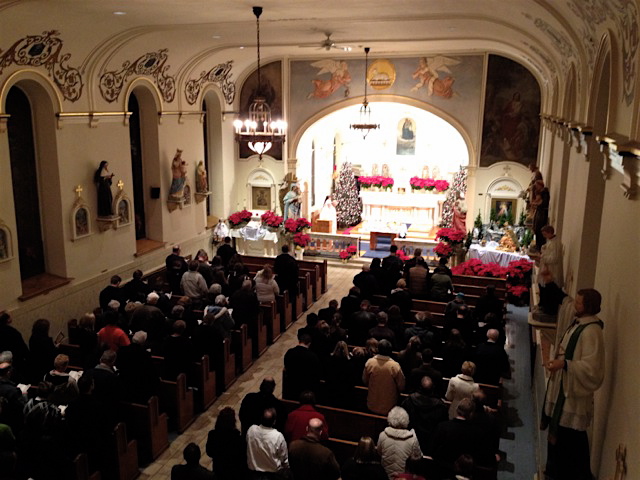 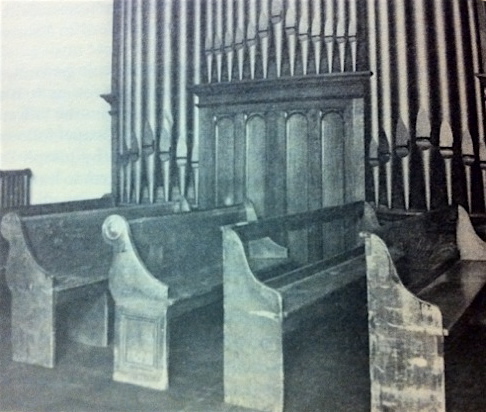 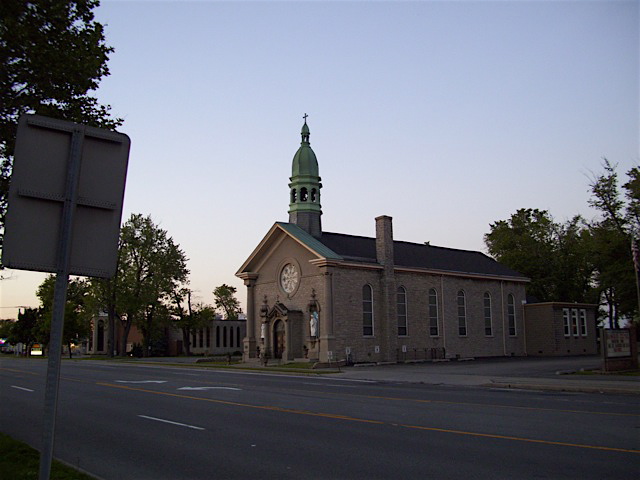 This instrument has been viewed 191 times.