Updated through online information from Judith Felski. -- Any visiting organist wishing to see or play our organ should contact St. John Kanty Church: 716/893-0412 or email judithfelski@gmail.com. Additional photos of the organ can be seen on Facebook: St. John Kanty Church.

Identified through online information from Peter Gonciarz. -- St. John Kanty RC Church is yet another one of the many "Cathedral like" Polish churches on Buffalo's East Side. The organ at St. John Kanty was originally built by the Barkoff Organ Company of Salem, Ohio in the 1890's. Barkoff was a spin-off of Felgemaker, and Johnson and were perhaps slightly more "budget friendly", but I don't know that for sure. The organ was originally a larger 2 manual (tracker of course) of around 30 ranks. It seems that the majority of the original pipework is mostly still intact in the instrument. In the 1920's, the Tellers-Kent Organ Co. of Erie, PA electrified the instrument, and installed a detached stop key console. An even newer console may have been added in the 1950's or 60's judging by the way it looks. This is most likely the case, and that it was done by Steven Po-Chedley and Sons, who was a Tellers representative. The current console is equipped with stops, switching, and combination action by Klann Organ Supply. In addition to the newly detached console that Tellers-Kent had provided in the 1920's, they also added a 6 rank Choir division and third manual, and a completely independent and full length 16' Trombone in the pedal. In recent years, Bill Kurzdorfer "saved" this organ from disrepair. Kurzdorfer did as much as he could from what the church could offer him, and much thanks goes to him because he is the reason why this organ is in such good shape. There are a couple things of special interest. The 16' Open Diapason (metal) in the Great is a slightly incomplete stop. The bottom five pipes were never installed, perhaps so the rose window would still be visible, and years ago 5 extremely large scale Open Wood pipes were used to add weight to the Great. These were separate Open Wood pipes from the pedal, and apparently they laid flat somewhere in back of the chamber. Those pipes were removed now, and the bottom 5 notes of the 16' Open Diapason on the Great are taken from the Swell 16' Lieblich Gedeckt. The organ is essentially completely straight, with the exception of the Swell 16' Lieblich which is playable at 16', and 8' on the Swell, 16', 8', and 4' in the Pedal, and the 5 notes on the Great previously mentioned. The "8' Major Flute" in the pedal would appear to be a mislabeled stop when listening to it. Tellers-Kent extended the 16' Double Open Diapason in the Pedal to 8' and named it Major Flute. When Bill Kurzdorfer worked on the organ, he added an 8' Violoncello that is a narrow scaled bearded open wood rank, that sounds like a soft metal Diapason, or a loud Cello. I believe that rank came from a Moller organ. It is assumed he added that rank since most late 19th Century American organs had an 8' Violoncello as usually the only 8' Pedal stop. Unfortunately the stop name never got changed. It is also of special interest that this organ is voiced VERY loud. Most of the organ, with exception of maybe the Choir division is on at least 4 or 5 inches of wind pressure. St. John Kanty also offers "organ friendly" acoustics that seem to triple the organ's size. This organ is really a hidden gem in Buffalo, and it's too bad that more people aren't aware of how thrilling it really is. I would strongly advise ANY visiting organist to visit St. John Kanty Church.

Source not recorded: Open In New Tab stoplist taken from console as of 8/14/11
We received the most recent update for this stoplist from Database Manager on April 09, 2020. 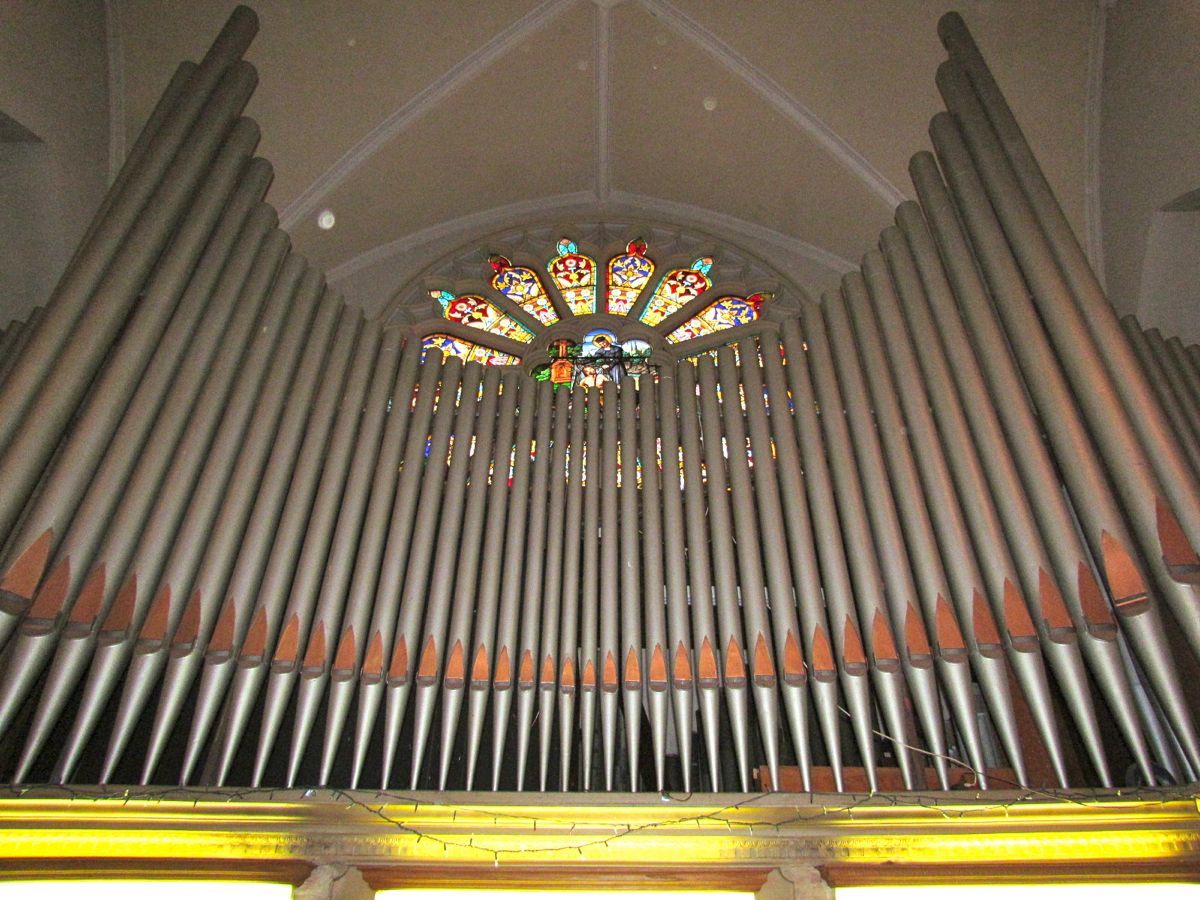 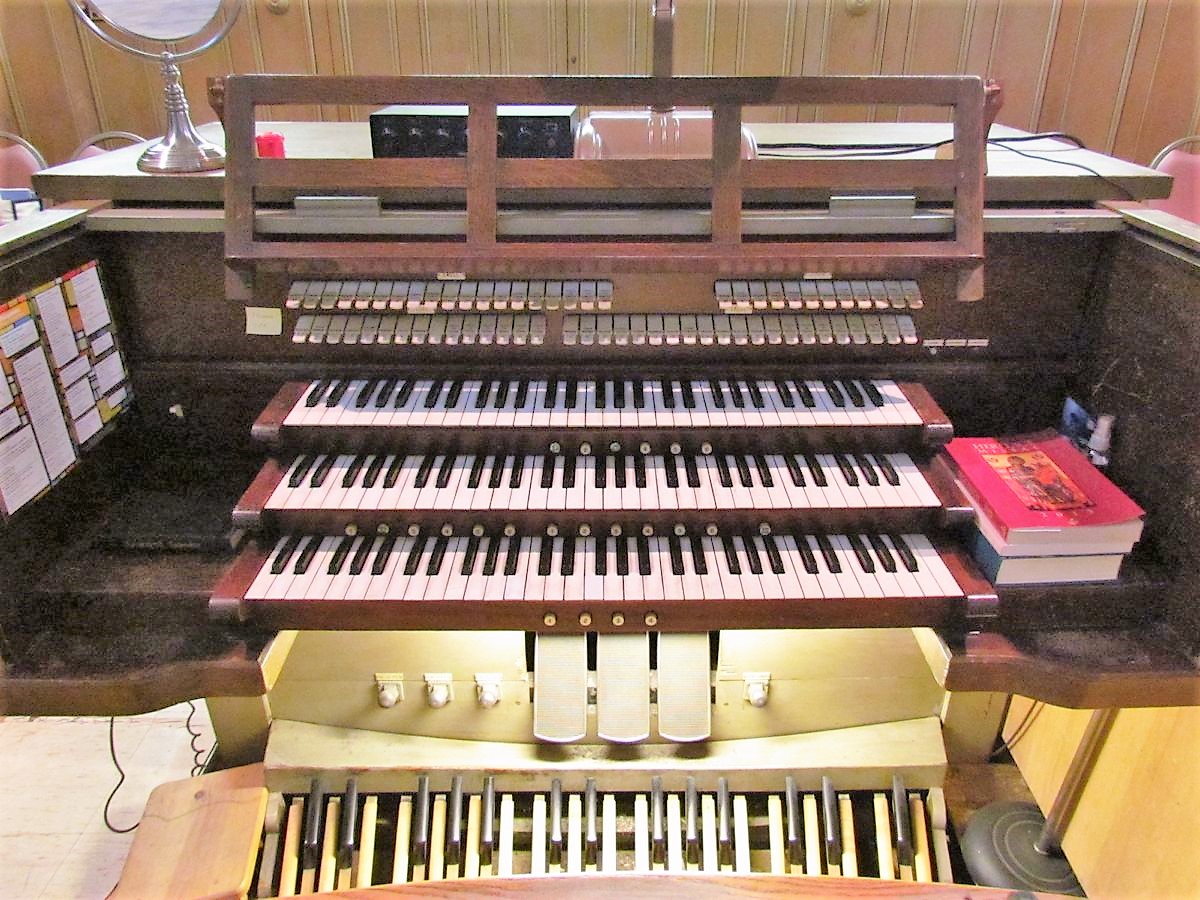 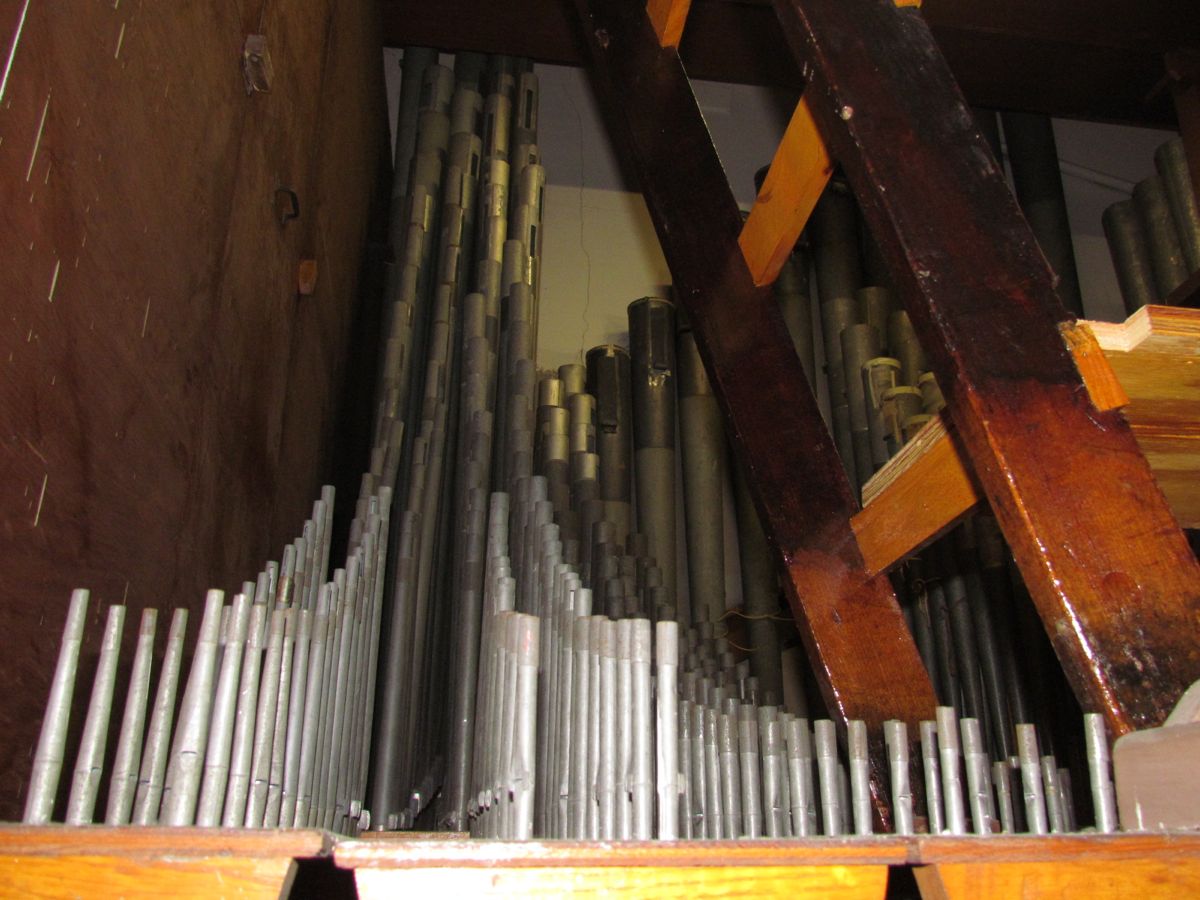 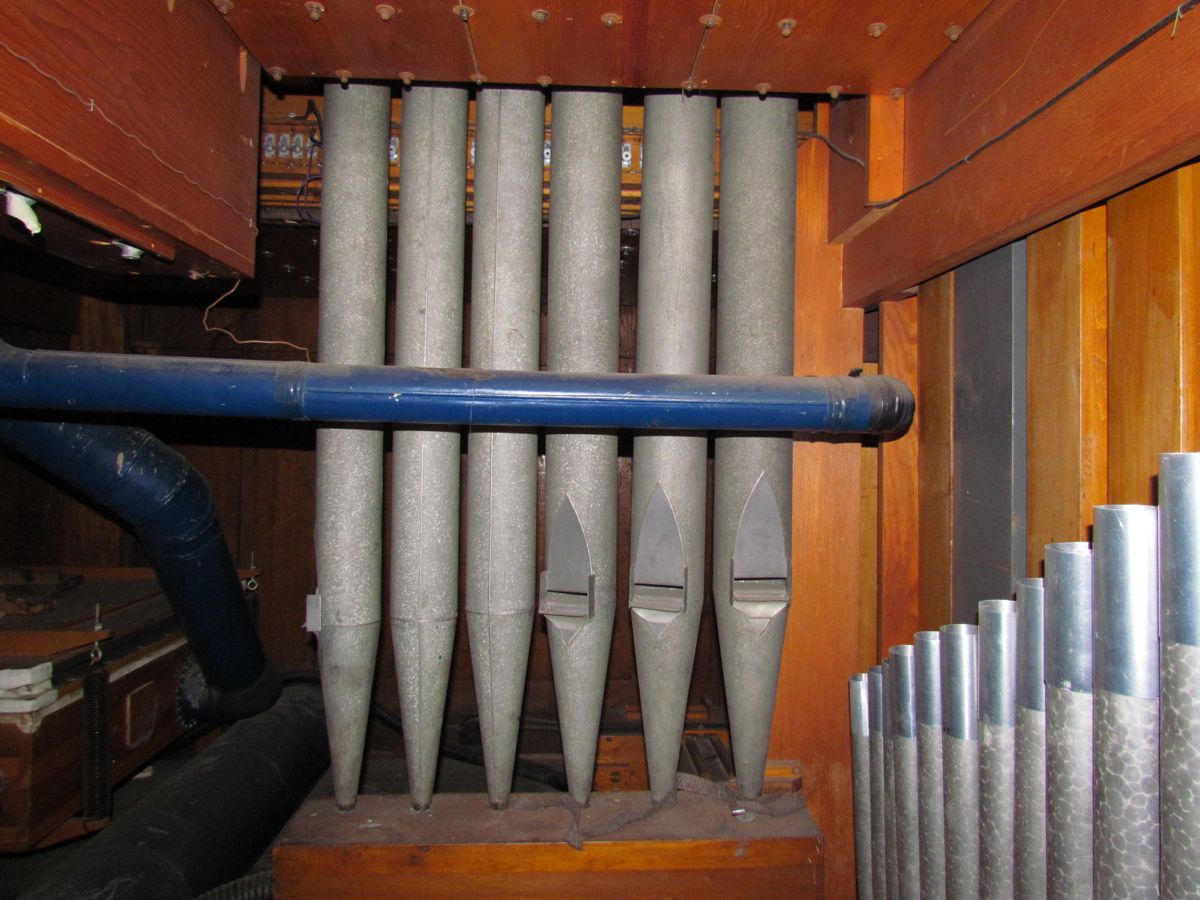 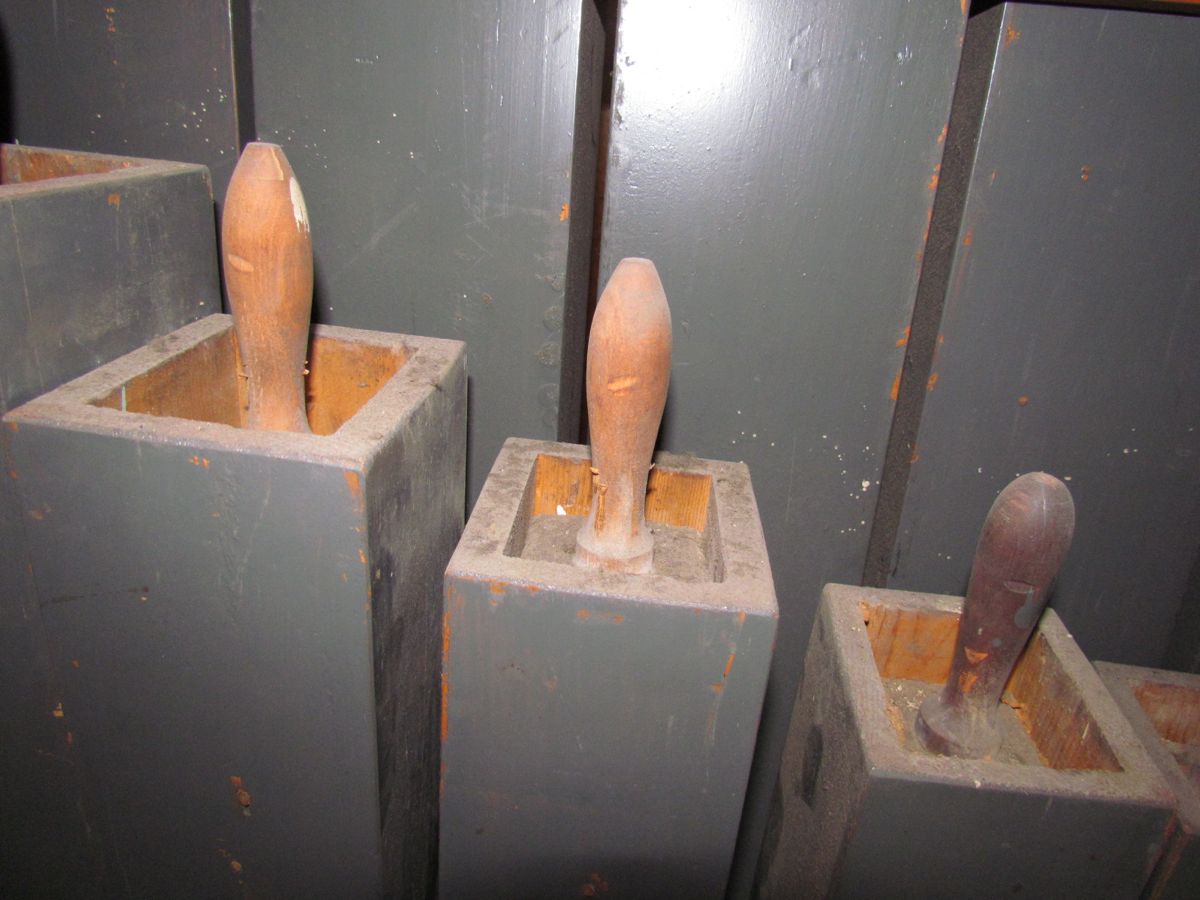 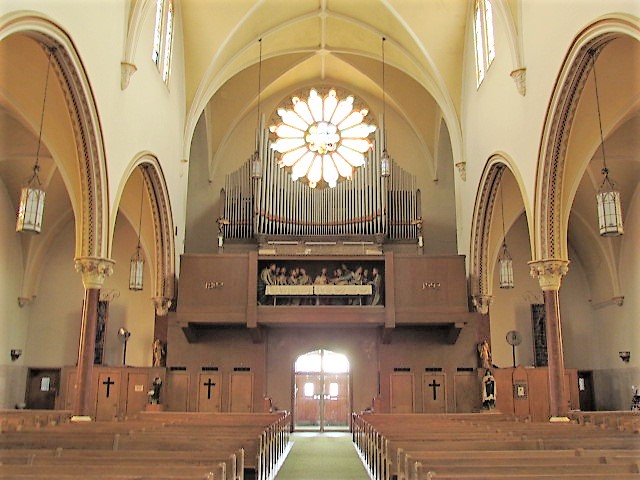 This instrument has been viewed 1,238 times.