Updated through online information from Timothy E. Conyers. -- At the dedication concert, I recall Dr. Marilyn Keiser used a detached console located on the left side of the balcony when seen from the nave floor. The photo on the Buzard website and on the cover of the dedication program does not show this console.

This entry describes an original installation of a new pipe organ. Identified by Timothy E. Conyers, based on personal knowledge of the organ. -- The dedicatory concert was given by Dr. Marilyn Keiser of Indiana University, Bloomington, IN, on Sunday, November 5, 2006 at 5:00 p.m. The church was filled to overflowing for this event. From the dedication bulletin: "(Opus 33 was the 'Cover Organ' for The American Organist, June 2006, and The Diapason, August 2006. Full articles and pictures by JPB and ALB can be found in these publications)." From the dedication bulletin, under the section labeled, "About the Organ":
"...These days it is a luxury for a small rural church to have a pipe organ of any description, and St. Francis used their old tracker organ to its greatest and fullest extent. However, as the Parish and its music program grew, the old instrument was found wanting. In 1992, their Rector, The Rev. Sandra Michels invited me to visit....We met, and I offered several recommendations for instruments of different size. The Church wrestled with a 'catch 22'. The building is not so big as to require a large organ to fill it with sound for vigorous hymn-singing. However, the ambitious choral program of traditional Anglican offerings really cried out for tonal variety - which only a somewhat larger instrument could offer. And, of course, since no one at the Church really knew what pipe organs cost, the price came as a real shock. The organ project was shelved, and, as the parish continued to grow, the then new Organist/Choirmaster, Lee Barlow, took up the cause afresh for a new instrument.
"Lee was acquainted with the many tonal and mechanical benefits of slider chests, and the discipline which they bring to good organ design. But he also wanted to take advantage of the flexibility which unit work can bring to a well-designed pipe organ, as long as it did not in any way compromise the instrument's integrity. The limited balcony space was also an issue. Therefore we opted to place the Great in a case projecting over the balcony rail, and place the Swell and Pedal divisions in a case centered on the balcony floor, at the rear wall, behind the choral singers.
"In small organs, every note of every stop is crucial to the entire organ's tonal structure. And, dividing the organ with the Great over the rail poses some listening challenges for the organist. We like for the Swell to balance the Great. Absent a Swell 8' Diapason, the Swell Saliciional and Stopped Diapason blend together to create a composite foundation tone, and balance the Great Diapason. Once the foundations are set, their choruses are built up from these references. Since the Swell is further away from the listeners in the Nave, the Swell Salicional sounds very bold indeed at the console. But, for accompanying, it is at a perfect point for softer contexts when the expression box is partially or fully closed.
"...Our earlier Diapasons were larger in scale than those we're building now. especially in smaller organs, a slightly smaller scale, blown on a moderate pressure, can be cut-up and voiced to produce a beautifully warm, solemn sound, and still have plenty of 'urgency' to the tone. Here we have Diapasons which are warm indeed, with a compelling palette of upper partials. The result is warmth without fatness, and an uncanny ability to blend with upper pitches to keep the entire chorus interesting, without becoming 'spiky.'
"The Great uses our cheeky 8' Flute a Biberon, or 'baby-bottle' flute; the Swell, a smoky wooden 8' Stopped Diapason. The 4' flutes construction is opposite that of the 8' stops, so that their sounds blend better, and provide contrast between divisions. The Swell strings are lush and beautiful, and lend themselves nicely to being super-coupled with the expression box closed at just the right moment in an anthem or improvisations. The Swell and Pedal Bassoon / Oboe is fundamental and mildly powerful in the bass, but becomes more hollow and plaintive as it enters the manual compass. As is typical of our Oboes, it is primarily meant to color the flues for accompanying, but is also a lovely, lyrical soft solo voice. The Swell Trumpet is slightly on the dark side, in deference to the nature of the small room, but remains interesting by virtue of the open, tapered shallot openings, and slightly thinner tongues, weighted at the ends. When installed the Pedal Trombone, an independent Pedal reed, will be on slightly higher pressure so that it can have a measured profundity. The future Tuba will be on moderately high wind pressure, the opt three octaves of which will be horizontally mounted at the top of the Swell case's Pediment. John-Paul Bazard"
"Opus 33 is two manuals and pedal, 27 ranks, with 21 straight stops and 99 levels of memory. The Great division is in a case hanging at the front of the balcony. It is on 3 1/2 inch wind pressure. The Swell division is enclosed and expressive in a case on the balcony floor at the rear wall, behind the singers. It is on 4 inch wind pressure. The Pedal division is in the case with the Swell."

Source not recorded: Open In New Tab Stoplist from Buzard Pipe Organ Builder Website
We received the most recent update for this stoplist from Database Manager on April 09, 2020. 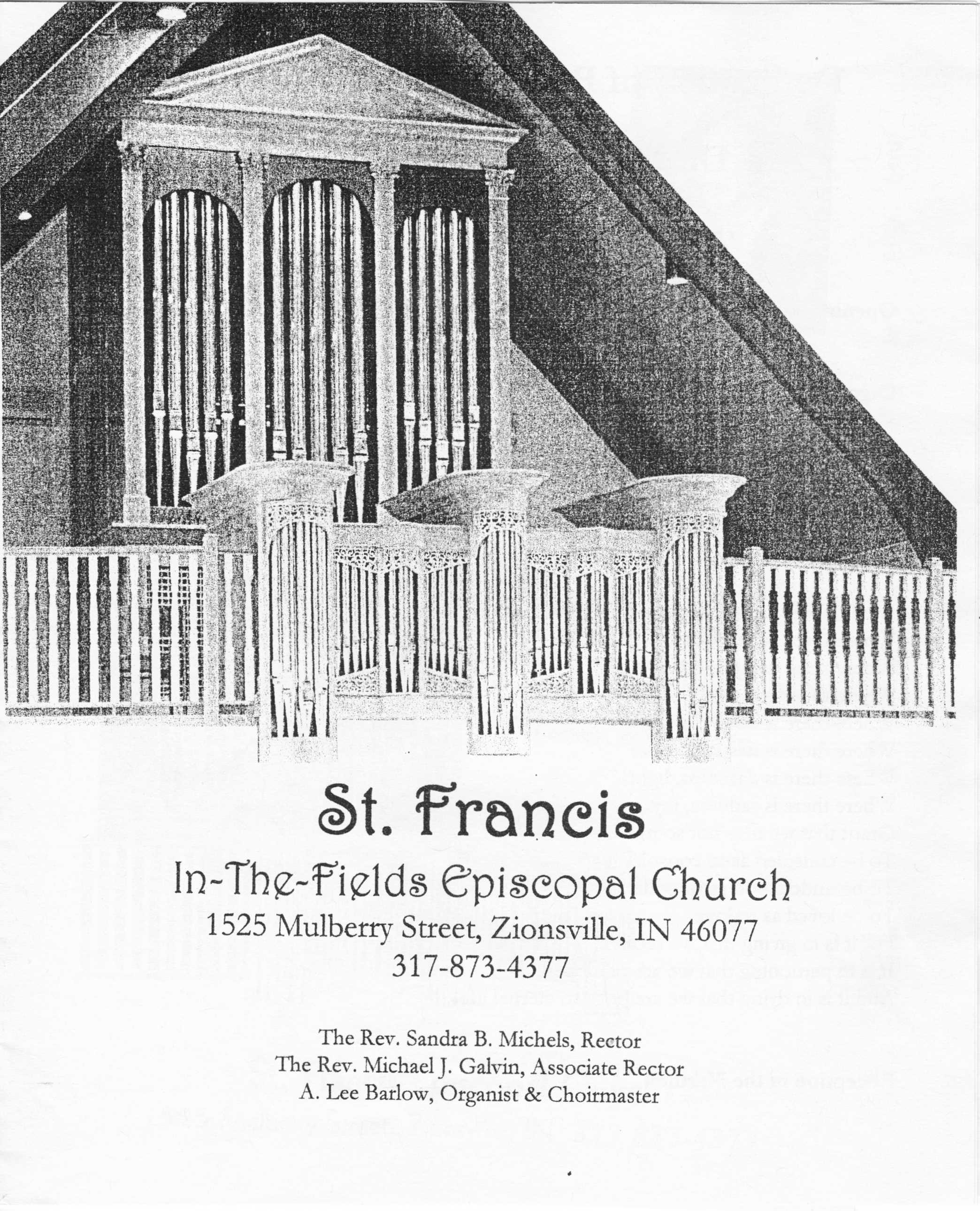 This instrument has been viewed 524 times.