We received the most recent update for this instrument's status from Scot Huntington on September 05, 2020.

Main: We received the most recent update for this console from Scot Huntington on September 05, 2020.

This organ was originally built for the New England Conservatory and installed in the chamber recital hall on the second floor of the Boston Music Hall. It was moved by George Ryder to the ballroom of the St. James Hotel when NEC acquired that building as an in-residence music school, and when that proved inadequate, to the new 600-seat Sleeper Hall in 1886, also by Ryder. When a new electric-action Farrand & Votey was installed in the Hall in 1896, the organ was moved to Barre that year, again by George Ryder, and the facade and woodwork was altered to fit under a lower ceiling.

The earliest known images of the instrument are both drawn engravings of the instrument in Sleeper Hall, one loosely accurate in design, but the other matching in close detail the facade of the instrument as originally installed at Barre. There is internal evidence, now somewhat convoluted through various interventions, of alterations made to the original fabric by Ryder, and again to fit the chamber location in Barre. One contemporary description of Sleeper Hall suggests the Pedal was enhanced with a new set of strong bass pipes. While logic would suggest it's first two locations may have been too small to accommodate an Open Wood Diapason 16' and that would have been a logical addition for the new hall, these pipes and chest appear to be of an age and style with the original organ, but with a newer action, while the open wood Flute 8' is atypical in construction for Hook pipes of the period and might in fact be the addition. If the 16' Diapason was in fact the stop added in 1886, it was with older spurious pipes and chest.

The organ is constructed with a horizontal layout-- obviously height-restricted in its previous locations. The Great and Choir have separate chests, but no walkboard between them. A walkboard separates the Choir and the Swell division behind it. All manual chests are chromatic and tuning access is from the treble end, albeit with difficulty. The Pedal Diapason is across the back wall with the longest pipes tubed to the floor, and the Bourdon and Flute are disposed on the right side with a somewhat haphazard layout.

The organ was originally pitched at Boston pitch A450 when built, and the repitching to A435 is attributed in NEC chronicles of the period to Woodberry & Harris (who apparently had care of the organ at that time) sometime between 1888-1893.

The console has square stop shanks, typical for Hook work of the 1870s, and would typically have had flat-fronted knobs. Oblique knobs were not adopted by Hook until ca. 1890 and are fitted on round shanks, which would suggest the present oblique stop knobs are attributable to Ryder. The organ had a water motor both inSleeper Hall and in Barre, and received an electric blower sometime after 1930.

Sometime after WW II the raised speakers platform was removed, and the front of the church was rebuilt as a divided chancel on floor level, but leaving the organ and console now up in the air at their original levels. The console is reached by an unsafe set of narrow stairs, and the modesty reredos prevents the bench from being moved into a comfortable playing position, or the choir and organist from seeing each other. The wood casework was removed and replaced with a false wall, now displaying the original speaking facade pipes in three arches and the dummy pipes were removed. Remnants of the original decoration can still be seen on the back side of the facade pipes.

In the early 1950s, the church was employing an organist who was very short and couldn't comfortably reach the top manual. An itinerate service person reduced the organ to two manuals by removing the Swell keyboard and its couplers, and its action was connected to the Great keyboard.

In 1977, the church commissioned A. David Moore of North Pomfret, VT to restore the instrument and reconstruct the missing keyboard and action. A vintage Hook keyboard was provided by the Organ Clearing House. (The originals have keydip adjustment knobs in the key cheeks which Hook used for a brief period in the early 1870s, the replacement keyboard does not). The wooden trackers and leather nuts were replaced with aluminum, the double-rise reservoir was releathered as a single rise, and at the church's request, the organ was repitched upward to A440 to match the piano with new slide tuners-- in spite of the fact it would have been easier and less invasive to lower the piano's pitch... A new Mixture 4-5 ranks was added on a jump slide at the front of the Great chest, and the windchests were retabled with slider seals.. No substantial alterations were made to the extant fabric or voicing, except for a loudening of the Swell string trebles. At some point, the Swell Dulciana received a Haskell-bass bottom octave, which was originally grooved to the Stopped Diapason basses.

In 2001, the wind pressure was lowered by an unknown individual to 2 1/4", and the voicing and tuning obviously suffered greatly-- the instrument becoming almost unplayable as a result. The wind pressure was subsequently raised to 2 3/4" by Andover when they later took over its care-- close to the pressure measured when the organ was dismantled in 1977 (2 11/16"), but an atypical pressure for Hook whose standard pressure during this period was 3", and the organ still gives the impression of being slightly under-winded.

This is an historically very significant instrument, being one of two surviving 19th-century teaching instruments-- both curiously having ended up in Vermont. After receiving proposals and encouragement from several individuals to restore this musical treasure, the church inexplicably posted the organ for sale on Pipe Organ Garage Sale in 2019, intending to replace it with a second-hand pneumatic organ of a quality not comparable to the Hook. If the Hook does not find a new home by the time the replacement is installed, it is threatened with wholesale destruction.

We received the most recent update for this note from Scot Huntington on September 05, 2020.
Database Manager on May 25, 2013:

Rebuild of existing organ: E. & G.G. Hook & Hastings Opus 667, rebuilt in original location by Ryder as his Opus 114, and relocated to this church in 1896. -- Identified by Stephen Pinel through research for the 2013 OHS Vermont Convention.

Recorded from console: Open In New Tab Originally published July 7, 2017
We received the most recent update for this stoplist from Scot Huntington on September 05, 2020. 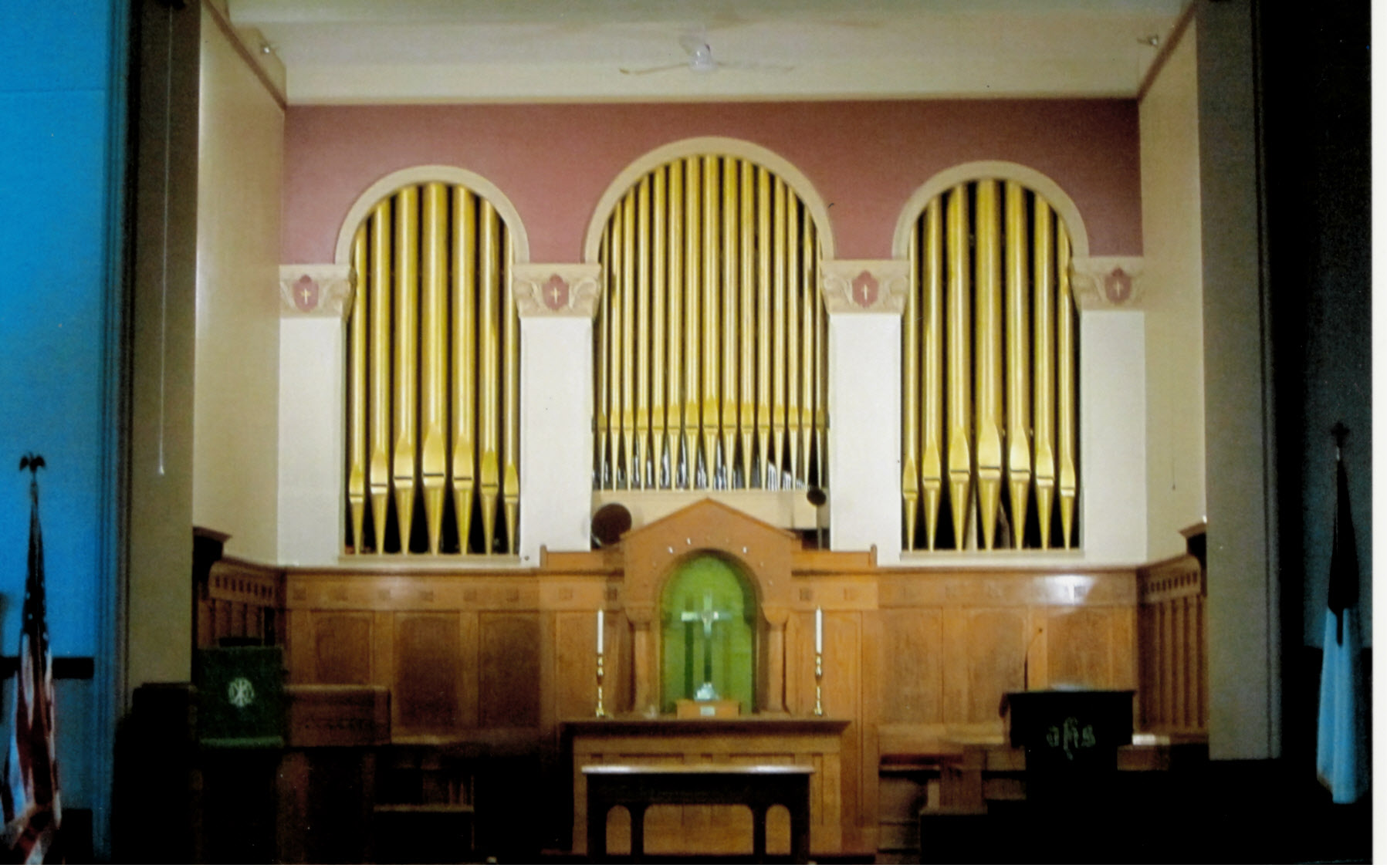 This instrument has been viewed 439 times.