We received the most recent update for this instrument's status from Ross McNeillie on May 07, 2020.

Blackpool Opera House forms part of the larger Blackpool Winter Gardens complex, and was designed by Charles MacKeith and opened on the 14/7/1939. The auditorium, in the streamline moderne style, has a capacity of 2920 and the largest theatre stage in England. It is described as the most extensive, opulent and complete example of a theatre of its kind in the UK.

The thirteen rank Wurlitzer organ's (Opus 2229) unique specification, designed by Empress Ballroom organist, Horace Finch, includes the only original example of a Wurlitzer Tibia Plena in the UK. The organ was shipped on the 24/4/1939 and is the last new Wurlitzer to be shipped to the UK from the Wurlitzer factory, and the third last new Wurlitzer in the World. Of those last three, it is the only one remaining in situ. Since installation, the specification remains unaltered.

In 1957, the Tuba Mirabillis and Gamba were swapped with matching replacement ranks from the Tower Ballroom Wurlitzer.

The Opera House Wurlitzer has a three manual French style console placed on a lift to the left of the forty-five foot wide proscenium arch, with the chambers, main and solo, being under-stage, speaking into the auditorium via the orchestra pit in the same manner as at the ODEON Leicester Square.

The organ, which still operates on its original electro-pneumatic relay, is used throughout the year for a programme of concerts, shows, silent films and private events.

We received the most recent update for this note from Ross McNeillie on May 07, 2020.

Taken from Console. : Open In New Tab Organ specification designed by Horace Finch.
We received the most recent update for this stoplist from Ross McNeillie on May 07, 2020. 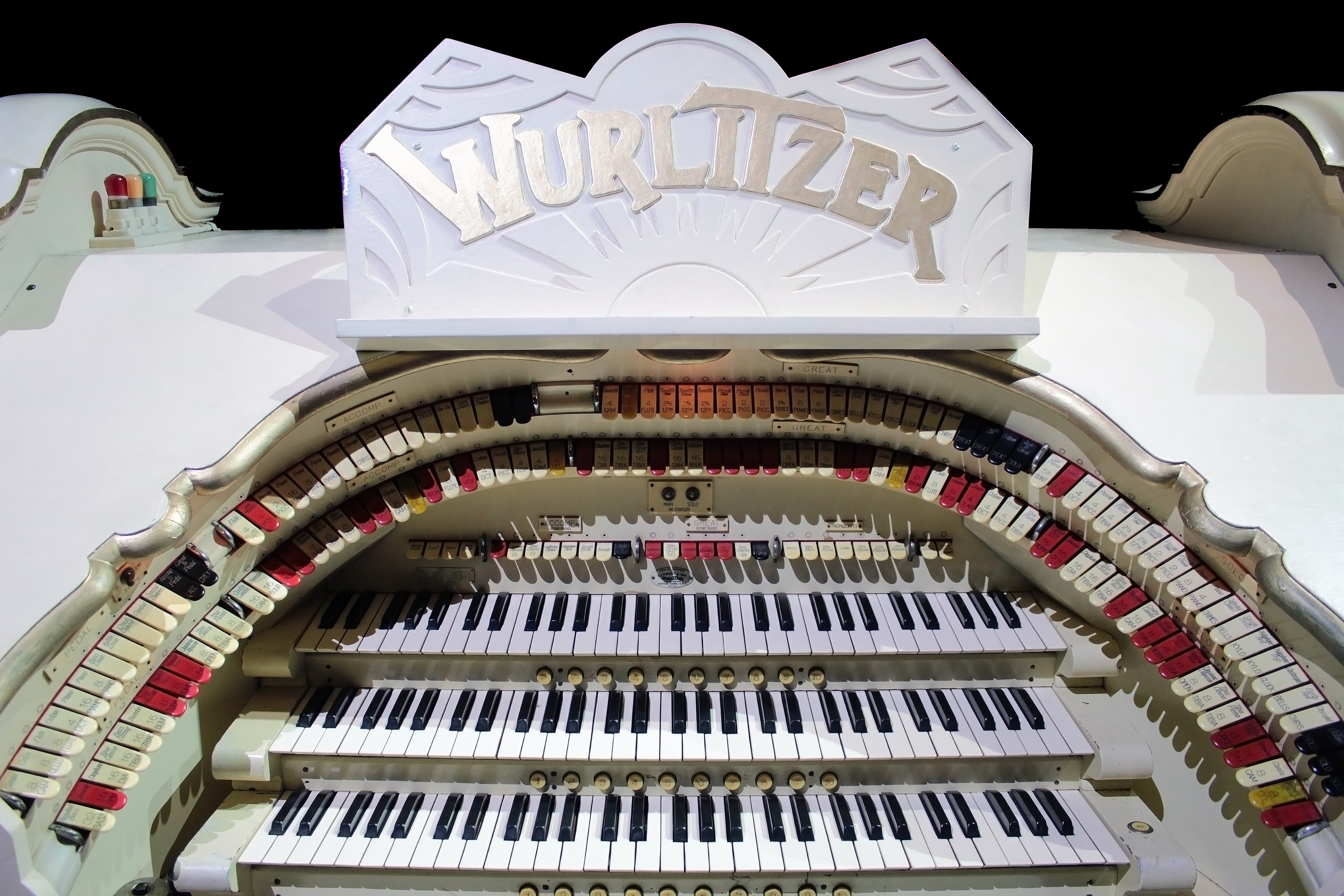 This instrument has been viewed 164 times.