We received the most recent update for this instrument's status from Andrew Henderson on May 25, 2020.

Main: We received the most recent update for this console from Andrew Henderson on May 25, 2020.

The entirety of the instrument's pipework was incorporated into a new instrument by Casavant Frères, Op. 1048 (1924), according to "The Pilgrim's Guide to Christ's Church Cathedral" (2013). One of the few instruments by William A. Johnson to be installed in Canada, based on notes from the Casavant contract, it is likely that the organ's specification was very similar to Johnson & Son Organ, Op. 479 (1876) for Second Congregational Church, Westfield, MA, which was 2 registers larger (cf. Elsworth, "The Johnson Organs," p. 65).

We received the most recent update for this note from Andrew Henderson on May 25, 2020. 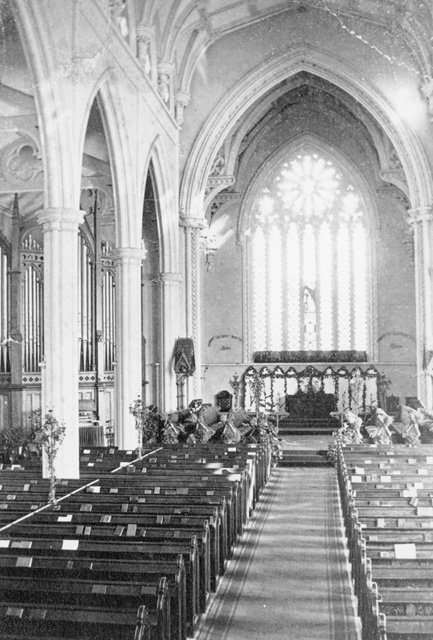 This instrument has been viewed 140 times.