We received the most recent update for this instrument's status from Jeff Scofield on December 01, 2020.

Great, Swell, Choir, Solo, Pedal: We received the most recent update for this division from Jeff Scofield on December 01, 2020.

Main: We received the most recent update for this console from Jeff Scofield on December 01, 2020.

From the NYC AGO NYC Organ Project: The third tabernacle, built at the corner of Clinton Avenue and Greene Street, seated 6,000 persons, and when crowded held 7,000. There was still some debt on the building, for the entire enterprise had cost about $400,000. Talmage writes that "There were regrets expressed that we did not follow the elaborate custom of some fashionable churches in these days and introduce into our services operatic music. I preferred the simple form of sacred music—a cornet and organ. Everybody should get his call from God, and do his work in his own way. I never had any sympathy with dogmatics. There is no church on earth in which there is more freedom of utterance than in the Presbyterian church." The third Brooklyn Tabernacle, like its predecessor that burned in 1889, included an organ built by George Jardine & Son. For their 1890 instrument, Jardine installed a large four-manual organ behind an imposing facade that featured the flared pipes of the Song Trumpet in the center. The reported cost of this organ was $30,000. Tragedy struck for the third time in 1894, when fire broke out in the organ loft, destroying the organ and church.

The third tabernacle was destroyed by fire in 1894. Talmage wrote, "The destruction of the New Tabernacle by a fire which started in the organ loft was one of these mysteries that will never be revealed this side of eternity. The destruction of any church, no matter how large or how popular, does not destroy our faith in God. Great as the disaster had been, much greater was the mercy of Divine mystery that prevented a worse calamity in the loss of human life. The fire was discovered just after the morning service, and everyone had left the building but myself, Mrs. Talmage, the organist, and one or two personal friends. We were standing in the centre aisle of the church when a puff of smoke suddenly came out of the space behind the organ. In less than fifteen minutes from that discovery the huge pipe organ was a raging furnace, and I personally narrowly escaped the falling debris by the rear door of my church study. The flags and decoration which had been put up for the jubilee celebration had not been moved, and they whetted the appetite of the flames." It is believed that the third tabernacle was rebuilt at the same location.

We received the most recent update for this note from Jeff Scofield on December 01, 2020. 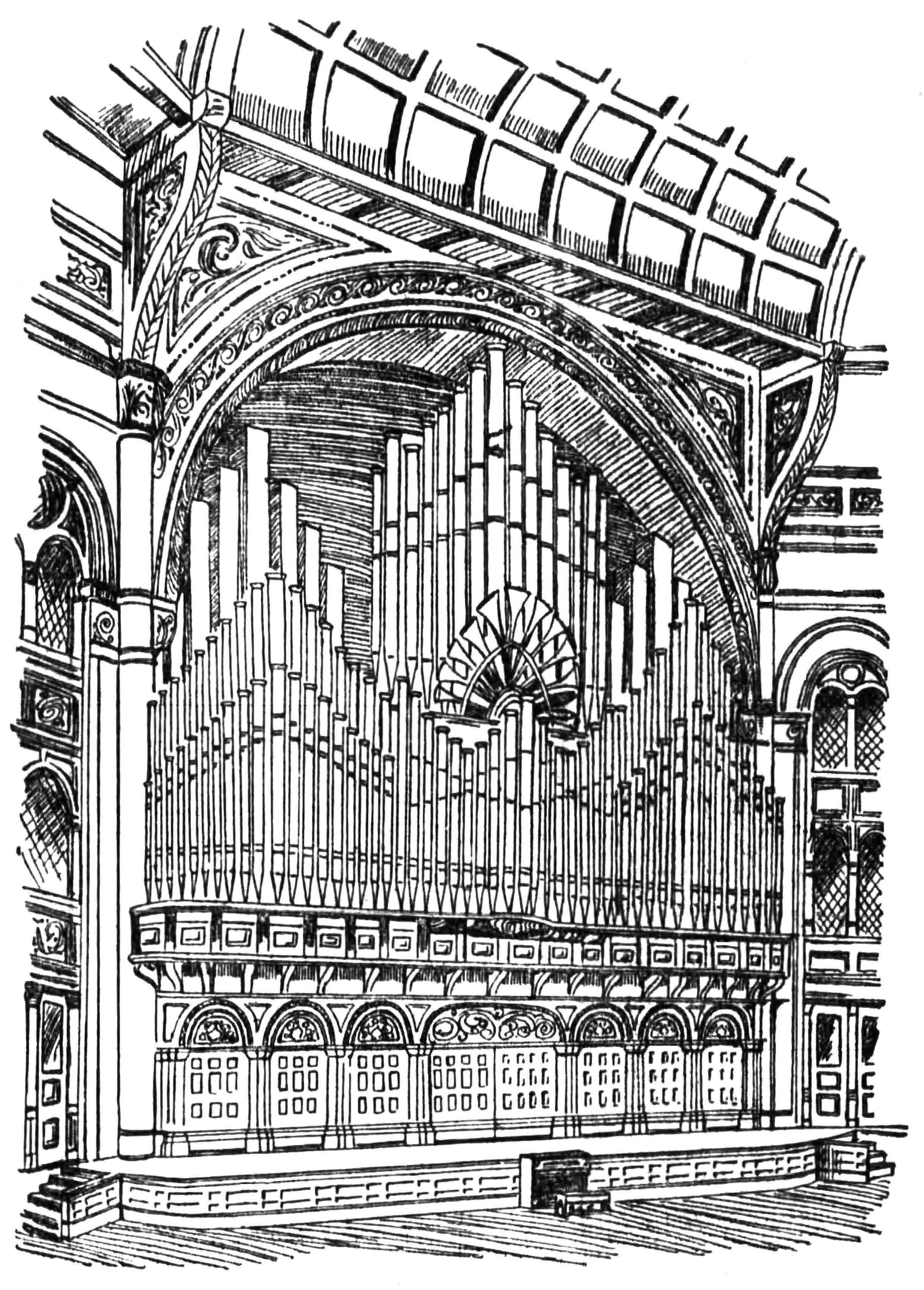 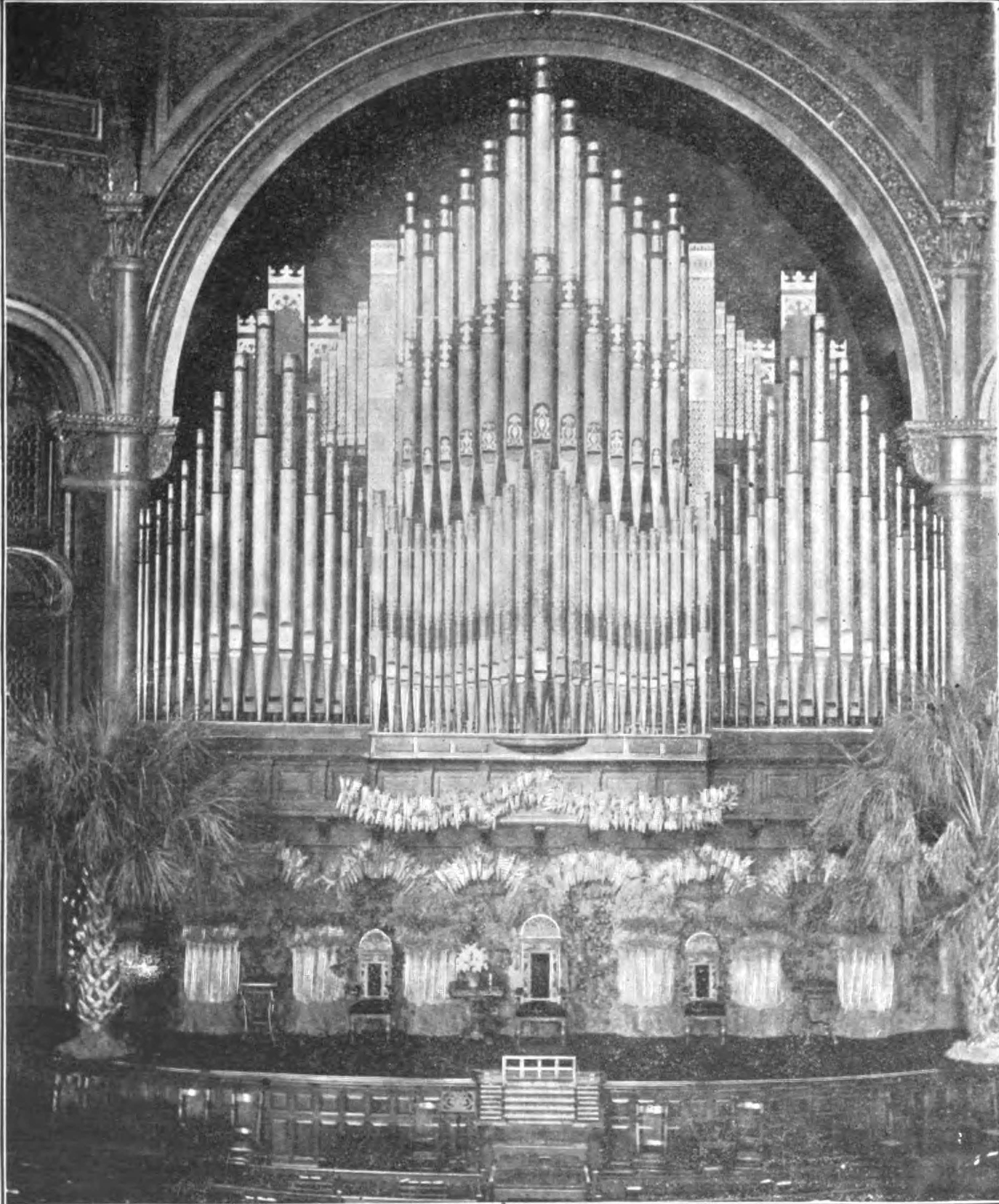 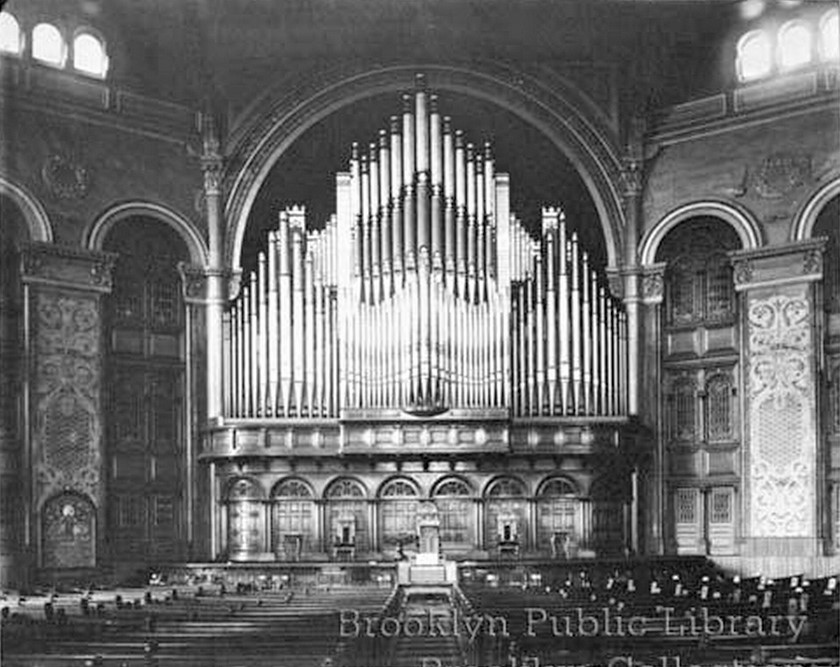 This instrument has been viewed 748 times.