We received the most recent update for this instrument's status from Scot Huntington on October 10, 2020.

Main: We received the most recent update for this console from Scot Huntington on October 10, 2020.

The organ is installed in the rear gallery of this historic brick church built in 1856. The organ is believed to be Baltimore built. At some point mid-twentieth century, the feeder was removed (but saved) to facilitate the installation of an electric blower, and the Dulciana 8' was cut down and loudened without additional alteration to the voicing to become a 2' Fifteenth (original label missing), and the open metal pipes were trimmed for the installation of poorly-fitting slide tuners. The organ was restored according to O.H.S. Guidelines for Restoration by S.L. Huntington & Co. of Stonington, Conn. in 2005, and the changes reversed.

The church was damaged by Union troups during the Civil War, and received reparation payments to facilitate repairs by the Friends of the Episcopal Church of the North.

The keyboard folds up to close and down to play, engaging short metal backfalls at the keytails, and closed by a hinged panel folding down to open. The organ is enclosed behind horizontal shutters and the hitchdown pedal can be latched in the open position. The gothic case pine is faux-grained in imitation of oak and the half-round wooden dummies, once gilded, have been repainted several times with gold paint. This is an original installation.

We received the most recent update for this note from Scot Huntington on October 10, 2020.

Taken from console: Open In New Tab Originally published Recorded April, 2005
We received the most recent update for this stoplist from Scot Huntington on October 10, 2020. 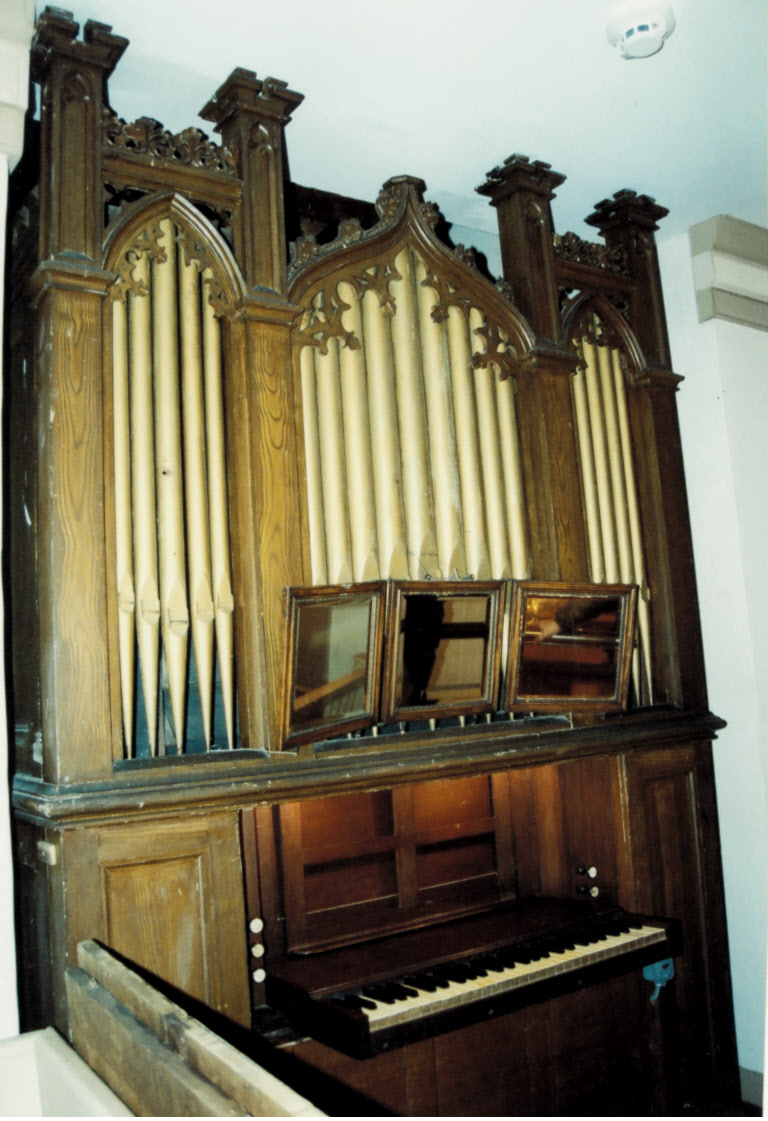 This instrument has been viewed 49 times.