We received the most recent update for this instrument's status from Alan Chambers on October 22, 2020.

The Organ in Wine Recital Hall was originally installed in the Peabody residence in North Manchester, Indiana. Built by the Hinners Organ Company of Pekin, Illinois, it had five ranks of pipes (16' Stopped Flute, 8' Open Diapason, 8' Salicional, 8' Oboe and 8' Vox Humana), chimes and harp. It had a player mechanism in the console, which has since been removed. The organ was rebuilt/redesigned when it was installed in Wine Recital Hall. A new Great windchest was added by Lima Pipe Organ. The original Hinners windchests were retained, with tonal modifications. The original chimes are still installed. The harp was removed and its whereabouts unknown. The console was heavily modified with the installation of a tripper type combination action with associated stop board and a 32-note pedal board. The original stop board was stored beneath the HVAC ducts in the mezzanine next to the pipe chamber. The organ still operates on its original relay.

We received the most recent update for this note from Alan Chambers on October 22, 2020.

Taken from console: Open In New Tab Originally published October 2019
We received the most recent update for this stoplist from Alan Chambers on October 22, 2020. 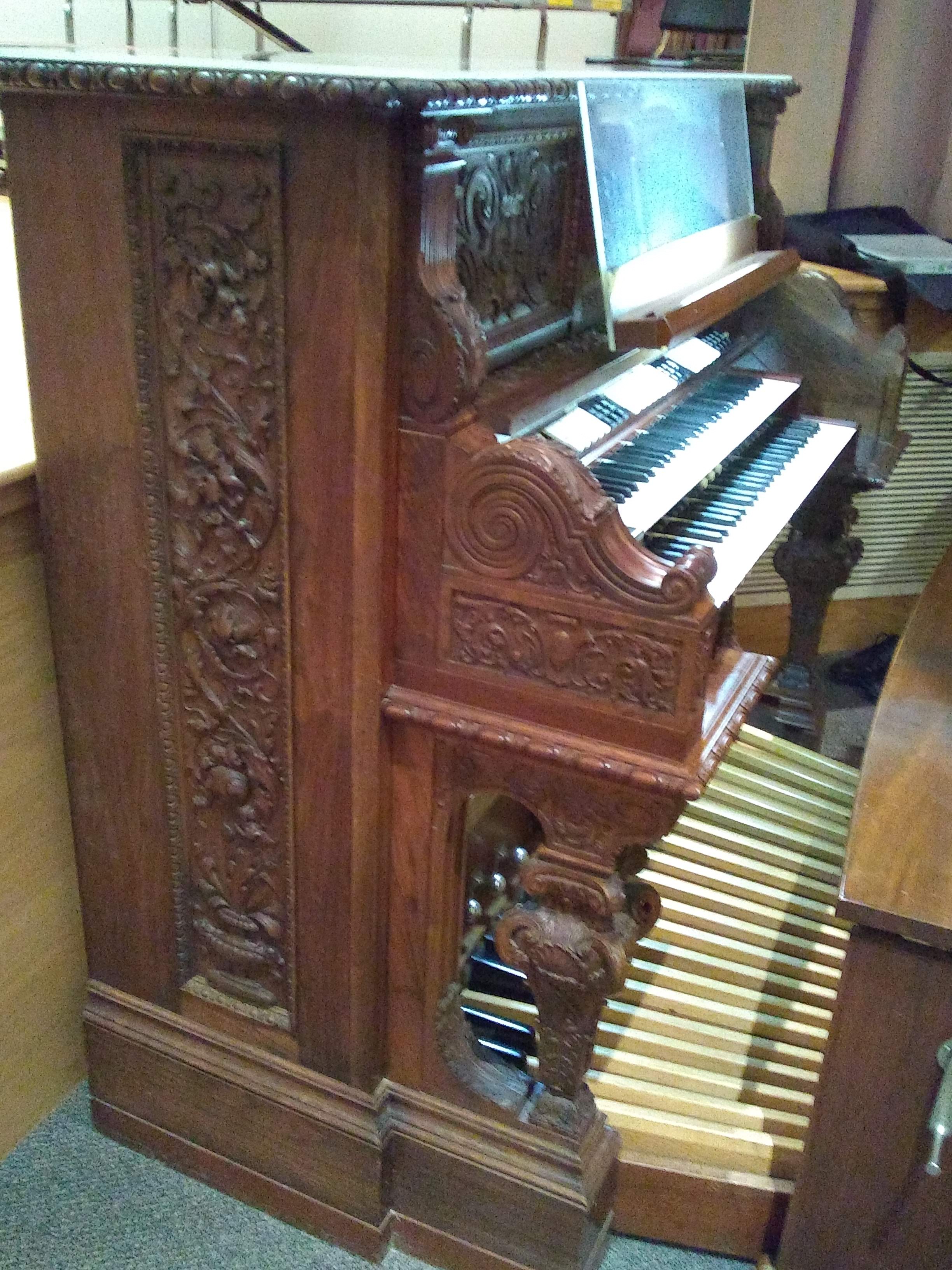 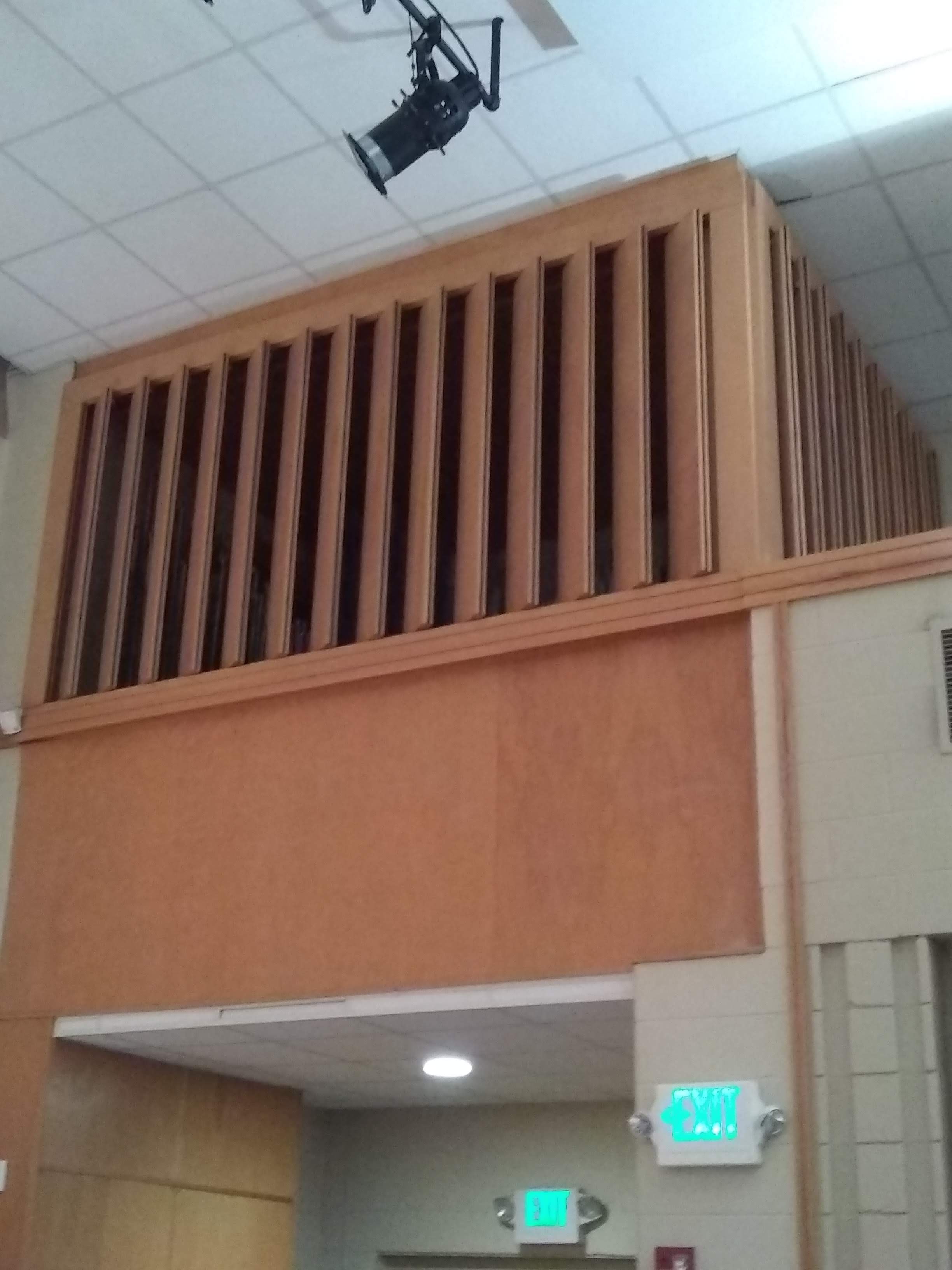 This instrument has been viewed 39 times.