We received the most recent update for this instrument's status from Jeff Scofield on December 03, 2020.

Great, Swell and Pedal: We received the most recent update for this division from Jeff Scofield on December 03, 2020.

Main: We received the most recent update for this console from Jeff Scofield on December 03, 2020.

From the NYC AGO NYC Organ Project: The Arlington Avenue Presbyterian Church was established in 1889 and organized in May 1890. Lots were purchased on Arlington Avenue, near Elton Street, upon which a small frame church was erected in 1893. Within a few years the society had outgrown its building and made plans to build a larger structure on the corner lot, next to the first church. On April 15, 1905, the cornerstone was laid, and the completed edifice was dedicated a year later, on February 11, 1906. Designed by Henry Rutgers Marshall, the Romanesque Revival building was built of brownstone and was cruciform in shape. The facade included two open towers that flanked a large window above the entrance. A Sunday school building designed by William Compert was erected in 1916. At an unknown time, the facilities were acquired by the Presbyterian Church of the Crossroads.

For their new building, the congregation commissioned A.B. Felgemaker of Buffalo to build a new organ. An item about the dedication of the church in The New York Observer (Feb. 15, 1906) mentioned the organ: "One of the features of the new edifice of which the congregation is particularly proud is the organ. The instrument cost $3,000, and Andrew Carnegie made its purchase possible through the donation of $1,500. The rest of the $3,000 was raised by the young people of the church." Original specifications, now in the archives of the Tellers Organ Company in Erie, Penn., show that this Felgemaker organ was shipped on December 13, 1906. The organ weighed 13,860 pounds, and was set up by William Rapp and G. Schlette of Bronx, N.Y. As of 2012 the organ case was extant , but the console has been removed.

We received the most recent update for this note from Jeff Scofield on December 03, 2020.

Aaron Tellers (Tellers Organ Co.) via the NYC AGO NYC Organ Project: Open In New Tab
We received the most recent update for this stoplist from Jeff Scofield on December 03, 2020. 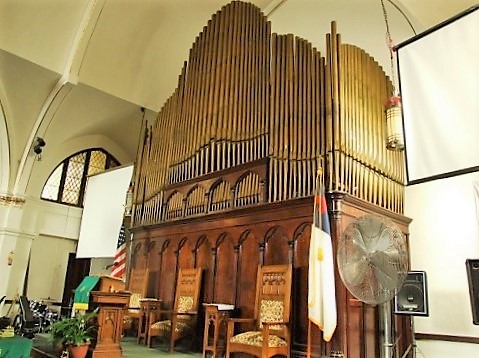 Organ case and chancel: Photograph by brownstoner.com via the NYC AGO NYC Organ Project, submitted by Jeff Scofield. Taken approx. 2012 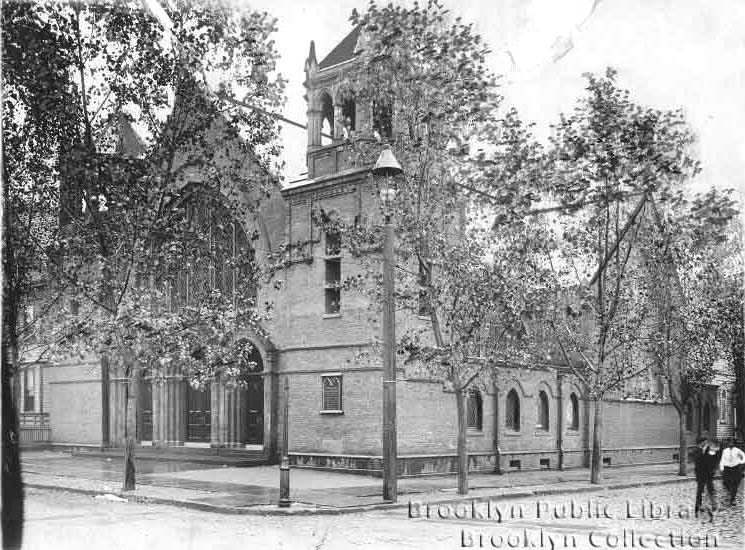 This instrument has been viewed 214 times.