We received the most recent update for this instrument's status from John Roper on February 17, 2021.

Main: We received the most recent update for this console from John Roper on February 17, 2021.

From the NYC organ page: An organ built by Alb. Gemunder & Brothers of Springfield, Mass., was in the East Gallery of the Crystal Palace. Albert Gemunder was born in 1817 in Ingelfingen, Wurttemberg, Germany. It seems likely that his brothers, August and Georg, were also born in or near the same town. Albert worked for the Walcker firm of Ludwigsburg, Germany, and was in Springfield, Mass., by 1852. He later worked with Steinway & Sons piano manufactory, of New York City, N.Y., and in the early 1860s moved to Columbus, Ohio, where he died in Novemeber 1884.

Specifications of this organ have not yet been located.

The Gemunder Brothers organ was described in the (New York) Evening Mirror (July 26, 1853):

"Few People who were present at the Inaugural ceremonies of the Crystal Palace will fail to recollect with what fine effect the sacred chants and choruses were given, nor how greatly that effect was enhanced by the pealing tones of the magnificent organs swelled forth with such majestic beauty and grandeur, filling the vaulted transepts and reverberating the solemn echoes from the dome and the remotest angles of the building.

"The peculiar sweetness, softness, fullness and richness of these sounds still linger pleasantly in the ear, and it will be long ere we forget either its deep-toned bass or its clear and silvery treble. Being a connoisseur in such matters, we had the curiosity to examine this organ, and found that its superior excellence was owing to a new and marked improvement in organs that has not yet been brought before the public. We will attempt a description of the instrument.

"This organ, which is constructed on a new principle, surpasses all other common organs by an important improvement in the wind-chest. The invention consists in constructing air chambers running the entire length of the scale and sounding board, each chamber supplying all the pipes of a single stop with wind, consequently, there are as many air chambers as stops; also, each pipe has its own wind connected with the air chamber; sliders are entirely dispensed with; it is not easy to adjust sliders so that they may move readily and yet fit closely enough to prevent the escape of wind, as they are affected by the atmosphere. In this organ, that great defect will never occur, and the stops will move easily in every state of weather, without escape of wind.

"By this improvement, there is also attained almost double power, more promptness, evenness and sweetness of tone, and there is an especial advantage gained by its easy wind and attachment of action. This improvement was invented and patented June 15th, 1852. This organ was manufactured and exhibited by Alb. Gemunder & Brothers, Springfield, Mass., and may be examined at any time at the Crystal Palace."

We received the most recent update for this note from John Roper on February 17, 2021. 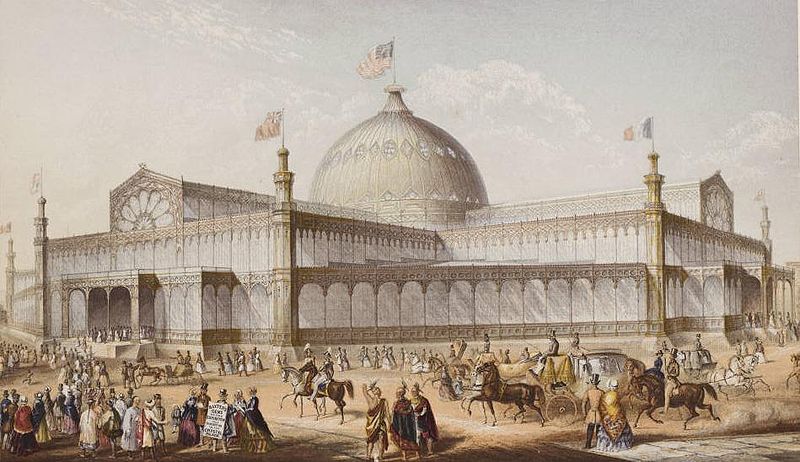 This instrument has been viewed 181 times.