We received the most recent update for this instrument's status from Paul R. Marchesano on September 09, 2021.

The Philadelphia Inquirer, January 3, 1898, reported cost as $10,000 and the new, large organ is at the fron of the church with pipes visible on either side of the chancel choir. The article noted that the enlarged choir of 25 now sang from the front of the church instead of the rear gallery with the old organ [still in the gallery]. The Times on the same date reported the cost as $15,000, having previously reported that number in September, announcing the organ project.

Electro-pneumatic action, connected by Haskell shortly after the completion of the chancel organ, to the gallery organ by Roosevelt.

"The organ is a superb instrument, of electrical action and exquisite tone, and when connected by electricity, as will eventually be done, with the old organ, will give Holy Trinity the largest organ in the city." -- The Times (Philadelphia, Pennsylvania) · 3 Jan 1898, Mon · Page 7

In 1908 Bates & Culley added a set of Chimes to the organ. No information of whether they did any other work. In the 1920s Lynwood Farnum made notes and took down a specification, at which time the gallery organ was playable from the chancel. Haskell installed a console that played both organs but at a later date completed the electrical connection to the gallery organ.

"Gallery organ has very sharp-toned reeds. Fine lively ensemble. The old 1881 Roosevelt console is still in gallery and in use for gallery organ. Main console in chancel."

We received the most recent update for this note from Paul R. Marchesano on September 09, 2021. 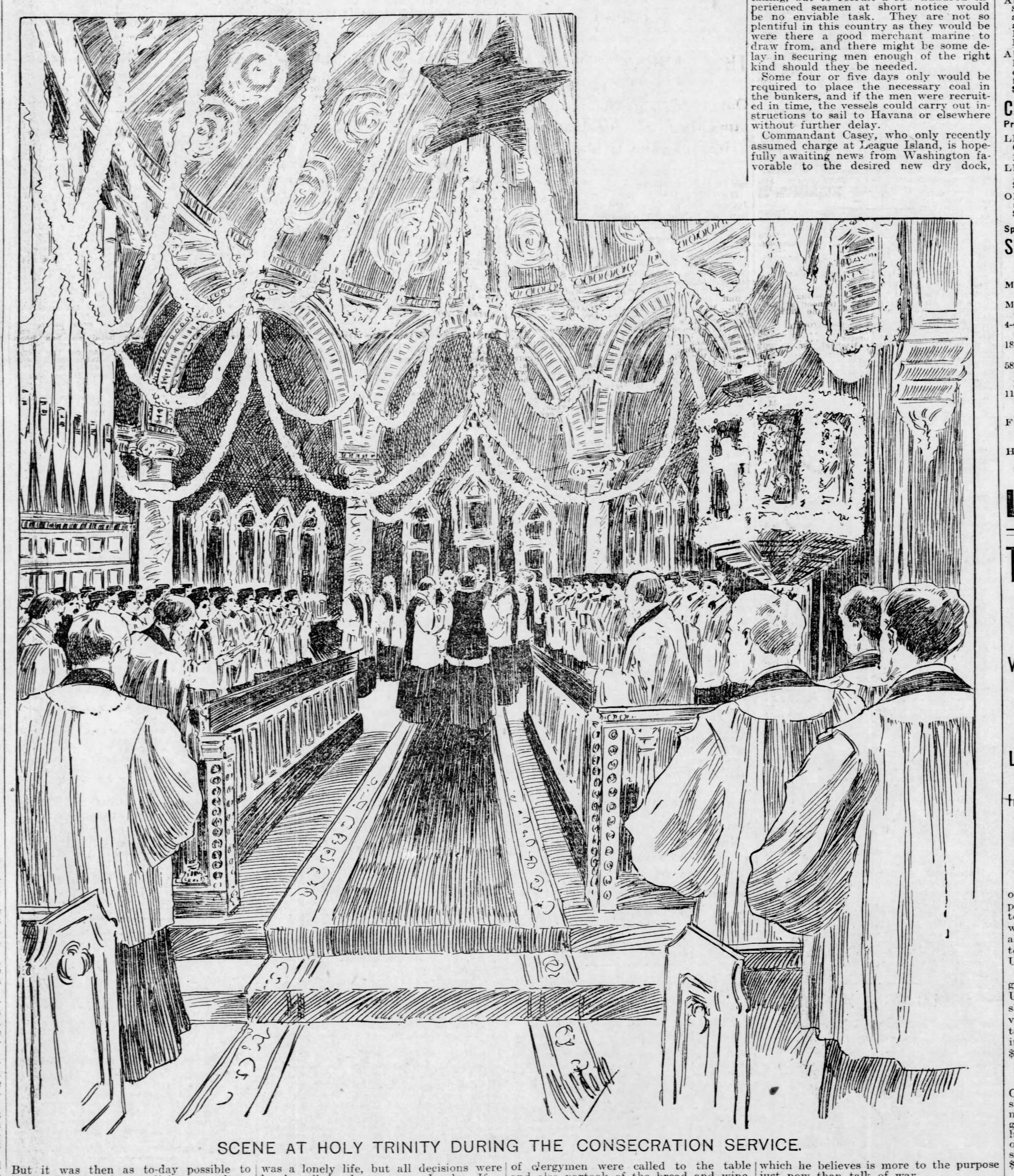 This instrument has been viewed 81 times.