We received the most recent update for this instrument's status from Paul R. Marchesano on December 11, 2021.

Chancel: We received the most recent update for this console from Paul R. Marchesano on December 11, 2021.

From church website: In 2019, Saint Mark’s undertook a major restoration of our historic pipe organ, bringing to fruition a project that was in planning for more than three years, including a substantial revision of the Antiphonal department.

Pipe organs are full of thousands of components well beyond the wood and metal of the pipes themselves: reservoirs, blowers, wind lines, electrical wiring, a great deal of leather (particularly prone to degradation after years of use), and so on. While carefully maintained over the 80 years of its life, our instrument had never had a complete restoration, and many components were badly in need of more thorough attention. This restoration project addressed the entire instrument, and should extend the lifespan of the organ for another 80 years, with proper care.

Of particular note are revisions to the Antiphonal Organ. The important addition of this part of the organ contributed greatly to the musical life of the parish, particularly in the support of congregational singing. Fifteen years later, we had an opportunity to improve this part of the organ by eliminating digitally-created voices, and in acquiring vintage Aeolian-Skinner pipework to achieve a better blend with the older Chancel Organ. We acquired several ranks of pipes from dismantled organs (at Saint Thomas Church, Fifth Avenue, and Saint Paul’s School, Concord, New Hampshire, both built and voiced by G. Donald Harrison), with which to create a complete chorus in the Antiphonal Organ that is better balanced in both tone and volume with the sound of the Chancel Organ it is meant to complement. The superb Trompette-en-chamade under the west window continues to herald the Good News from that end of the church. A gorgeous Flauto Mirabilis stop by E.M. Skinner was moved from the Antiphonal Organ to the Chancel Organ, joining the Tuba, among important solo stops that were part of the 2002 expansion of the organ.

Two organ builders undertook the restoration work. Emery Brothers of Allentown took on the historic restoration of the Chancel Organ. The process of re-installation was subsequently managed by long-time curator Steve Emery and his dedicated and gifted crew. Repairs and revisions of the Antiphonal Organ were carried out by Foley-Baker Inc., of Tolland, Connecticut. The final product faithfully restored and retained G. Donald Harrison’s work, the Screen and String divisions that predate it, and augmented the historic instrument with vintage pipework that perfectly complements it, resulting in an expansive and beautifully expressive instrument comprising 115 ranks and nearly 7000 pipes.

The cost of the entire project exceeded $600,000. A generous grant of $400,000 from the Wyncote Foundation covered the cost of the restoration of the historic instrument, and contributions from a few generous parishioners enabled us to commit to the repair and revision of the Antiphonal Organ. Further donations help fund ongoing work to keep the organ in its very best condition.

Information Robert McCormick, Organist & Director of Music, who has heard or played the organ.

While the historic chancel organ is being restored by Emery Brothers, Foley-Baker has removed the Cornel Zimmer and Walker Digital additions from 2002. (With the exception of the Trompette-en-chamade and the Flauto Mirabilis; the latter is being relocated to the chancel organ. Additionally, in conjunction with Emery Brothers, Sam Hughes is regulating and revoicing the English Horn and French Horn, in the chancel String division.) Replacing the Zimmer pipe and Walker digital additions are 6 vintage G. Donald Harrison stops (8-, 4-, 4-, 2-, 2 2/3-, Oboe) from the organs of St. Thomas Church, New York City, and St. Paul-s School, Concord, New Hampshire.

We received the most recent update for this note from Paul R. Marchesano on December 11, 2021.

Organ Specification: Open In New Tab Restored organ specification with notes, published by the church. Error in pipe count for Great Cymbel III
We received the most recent update for this document from Paul R. Marchesano on December 11, 2021. 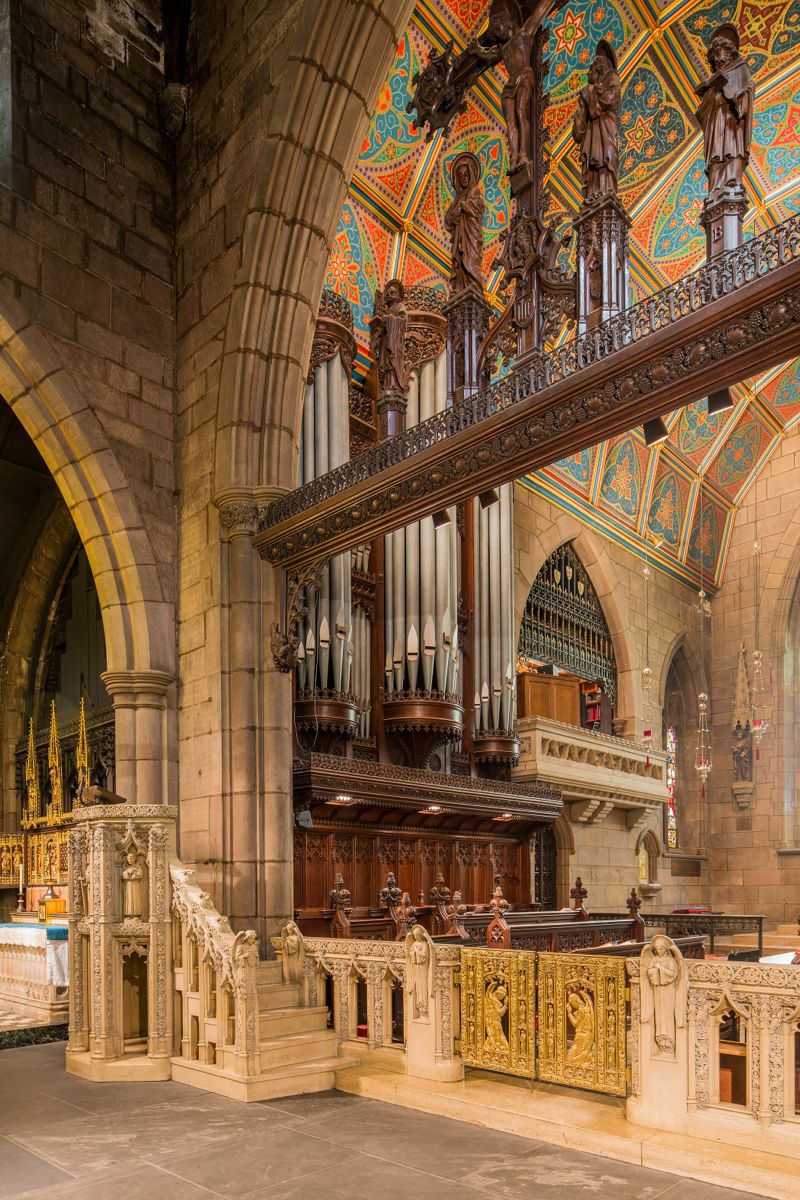 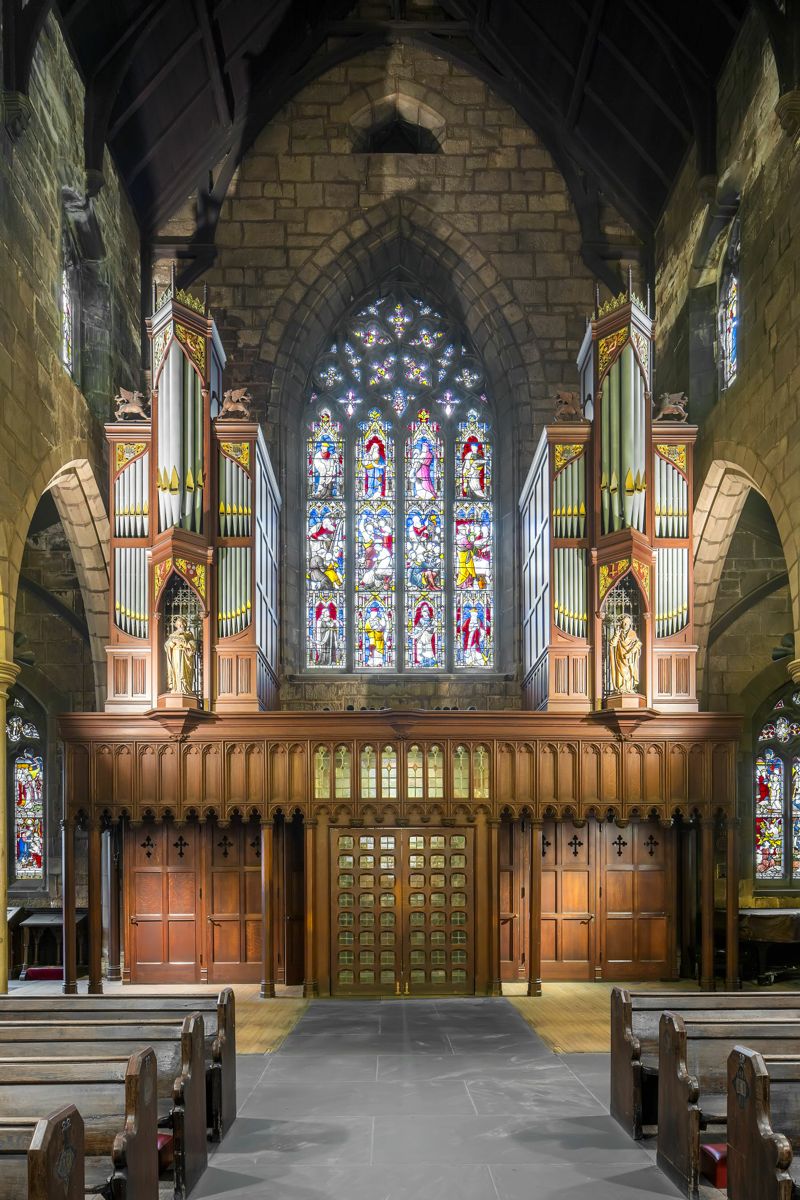 This instrument has been viewed 720 times.