We received the most recent update for this instrument's status from Steven Bartley on June 12, 2022.

Maryland School for the Blind (earlier called Maryland Institution for the instruction of the Blind) founded in the 1850s. In 1868, a new campus was started at what is now 200 E North Ave. which included a large private home. Through the decades, new buildings were added and the house was eventurally replaced. In 1993-94 a new large building (Newcommer Hall) was erected and included music class rooms and a large music hall. Since its inception, the school offered a large number of music classes, including musical instruments. In the yearly reports for the 1850s, a Smith (Smith -American) parlor organ was listed as well as 10 Knabe pianos. In Feb 13, 1880, the school advertised, a Smith cabinet organ and a pipe organ in the classified section of the Sun Paper. The 1901 yearly report produced by the institution, show a photo of the Music Hall, with a large encased organ, which has design elements of an instrument built in the 1870s. No article has been found in Baltimore newspapers, and the only mention of an instrument in the yearly report, is that the institution includes a "large pipe organ" The 1890s was an active time in Baltimore for new pipe organ installations. Several churches purchased new instruments, some seem to have been rebuilds of older instruments, a number of churches decided that they wanted their organ and choir in the front of the church, which may have freed up several instruments available. Also in Washington DC, a sizable organ then installed in Calvary Baptist church, was being advertised for sale, in the Baltimore papers. In 1907, the State decided to close the North Avenue campus and built an all new school complex in Overlea MD. Photos of the newly completed auditorium shows large grilles either side of the proscenium arch. Additionally for a number of years after the move, the administrators begged for funds for a new three manual electro- pneumatic organ, which they never received. This writer has contacted the Maryland School for the blind, asking about the fate of the old organ and if there exist better photos or any other documents concerning the organ. The schools response showed interest, but were unaware that there were any online documents showing the old campus buildings. The North Ave campus was sold to the Baltimore City Schools system and was repurposed into the Poly Tech High school. From its take over, old buildings started to be leveled and new buildings taking their place.

We received the most recent update for this note from Steven Bartley on June 12, 2022. 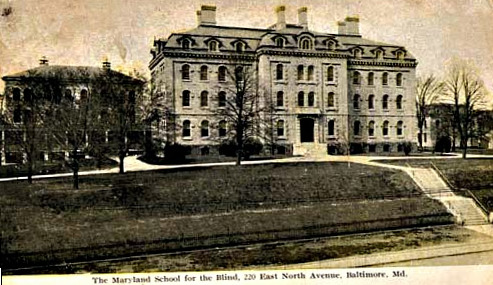 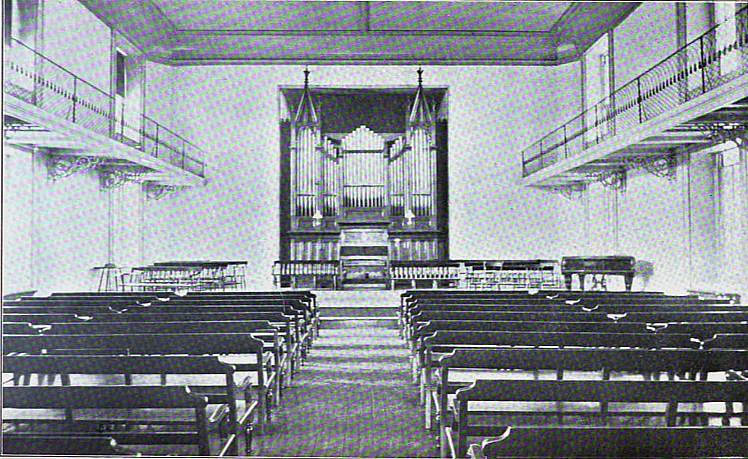 Organ facade in Music Hall interior: Photograph from an archival source: Yearly Report for the Maryland School for the Blind 1901- submitted to State of Maryland, submitted by Steven Bartley. Taken approx. 1901 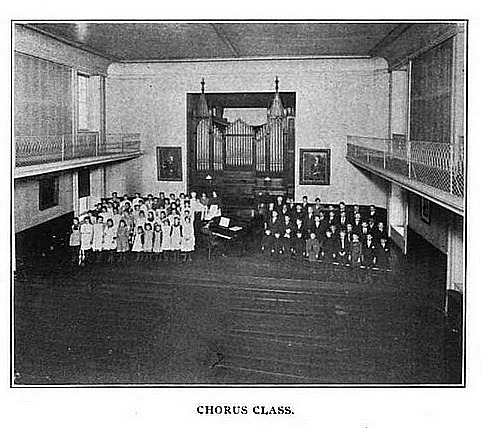 Organ facade and chorus Music Hall interior: Photograph from an archival source: Yearly report of the Maryland School for the Blind 1907- to State of Maryland, submitted by Steven Bartley. Taken approx. 1907

This instrument has been viewed 169 times.