We received the most recent update for this instrument's status from Jim Lewis on September 29, 2022.

KPO was a radio station that started small but was destined to become a giant. It all began in 1921, when Joe Martineau completed his tour of duty with the Navy and came back to San Francisco. He had done a lot of radio work in the Navy, and wanted to continue with it. He visited the Hale Brothers — Francis, Marshall and Reuben — owners of Hale Brothers Department Store, one of San Francisco’s largest.

Altogether, $60,000 was spent on refurbishing the station, quite an elaborate radio investment in 1923. The Western Electric 500-watt transmitter was mounted with its associated amplifiers and other equipment in what had been the original KPO studio, and a small room next door was converted to house the generators.

A new and larger studio was constructed adjacent to these rooms, and a pipe organ was installed. Two 125-foot steel towers were erected on the roof of the building, and a four-wire T-type antenna was strung between them. The new super-powered KPO was on the air. -- information from The History of KPO Radio, San Francisco, By John F. Schneider (website)

We received the most recent update for this note from Paul R. Marchesano on September 29, 2022. 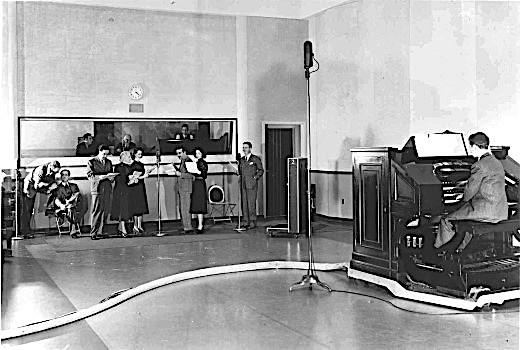 This instrument has been viewed 94 times.