We received the most recent update for this instrument's status from Paul R. Marchesano on October 31, 2022.

Great: We received the most recent update for this division from Jim Stettner on October 31, 2022.

Swell (Expressive): We received the most recent update for this division from Jim Stettner on October 31, 2022.

Pedal: We received the most recent update for this division from Jim Stettner on October 31, 2022.

Main: We received the most recent update for this console from Scot Huntington on October 31, 2022.

From the period when Potter-Rathbun softened the organ ca. 1954 and Andover restored it in 1984, the pulpit area at the opposite end of the church from the instrument was covered with a heavy velvet dorsal cloth floor to ceiling. This large expanse of drapery had a deadening effect on the organ and the general brightness of the room. In 2000, the wall of velvet was removed and the walls freshly painted. The treble of the organ from c37 upwards and the stops above 4' suddenly had a piercing presence and a treble boost out of all proportion to the rest of the instrument in a room that is bass and mid-range resonant. The general regulation became ragged. Beginning in 2000 and ending in 2004, S.L. Huntington began a program of rationalizing the tonal regulation of a portion of the pipework during each seasonal service visit. The cone tuning of the pipework remained not only intact, but in remarkably preserved and undamaged condition, and this served as a reference to inform the regulation of the pipework, bringing the trebles back in line with the mid-range pitches and restoring the balanced effect of the original voicing.

The internal aluminum tuning collars inserted in the facade pipes were removed, and the broken or missing zinc tuning flaps were replicated with pipe metal, as were the zinc tuning flaps of the Pedal Flote which were starting to crack or break.

The Tremulant, which was set in an unusual placement atypical for Hook organs, installed on its side so gravity had a very adverse effect on its function, had never worked satisfactorily and was unusably loud. Builders have wrestled with this for a century but it has never produced a satisfactory beat. There was a supply of weights and balance sticks indicating past unsuccesful attempts to make it slower and quieter. After years of having no success myself, I finally tried, in desperation, adding a wind regulating gate on the tremulant windine in 2015, reducing the tremulant wind supply to a substantial degree. With all the other fussy adjustments, weights and balance lever in a working alignment, the adjustable wind supply proved the missing piece. The wind reduction removes the double beat, makes the unit almost noiseless, and allows it to start reliably from one week to the next. The unit is widely susceptible to seasonal humidity changes, which required endless fiddling with the other parameters to get it to start on an almost weekly basis (unless it was adjusted with a very fast and wide beat and was unacceptable noisy). The wind gate is now the only parameter needing adjustment with seasonal changes, and the slightest change-- only a few millimeters-- keeps the device functional from one season to the next.

The organ alcove has a shape never seen in a New England meetinghouse-- a strongly curved rear wall, which acts like a megaphone for the instrument, giving it a commanding presence in the room. Even solosits or instrumentalists placed in front of the curve are similarly unusually present in the room, employing a relaxed and unforced tone. The shape of this cyrved alcove is worth detailed study.

We received the most recent update for this note from Paul R. Marchesano on October 31, 2022.

Taken from console: Open In New Tab Originally published 2022
We received the most recent update for this stoplist from Scot Huntington on October 31, 2022. 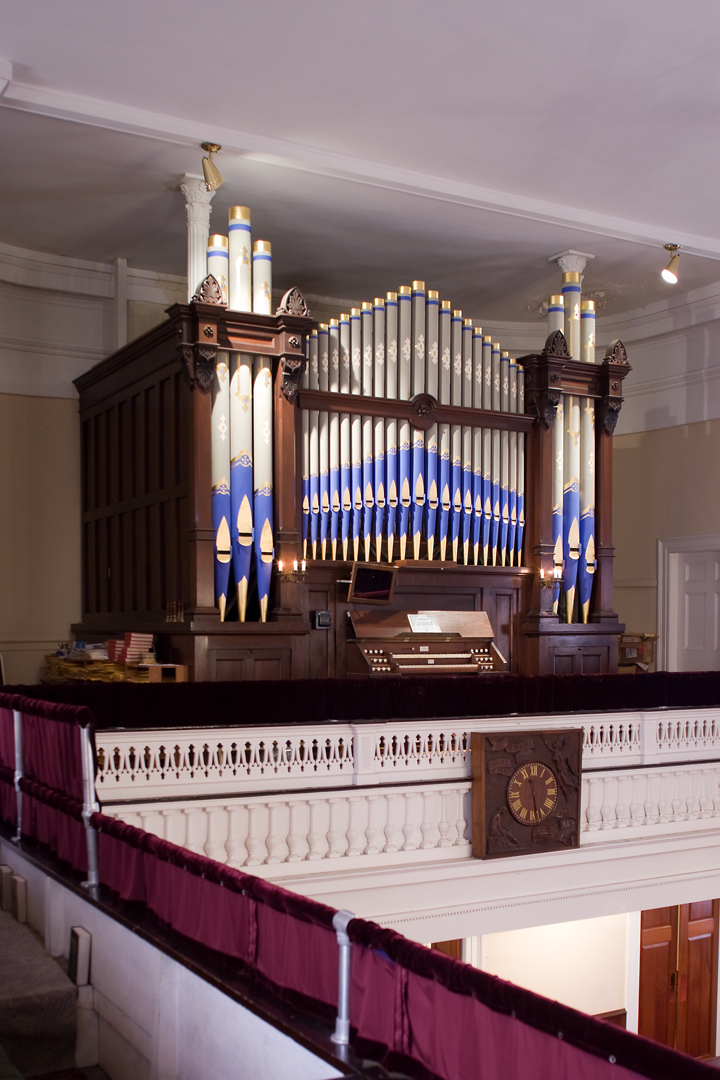 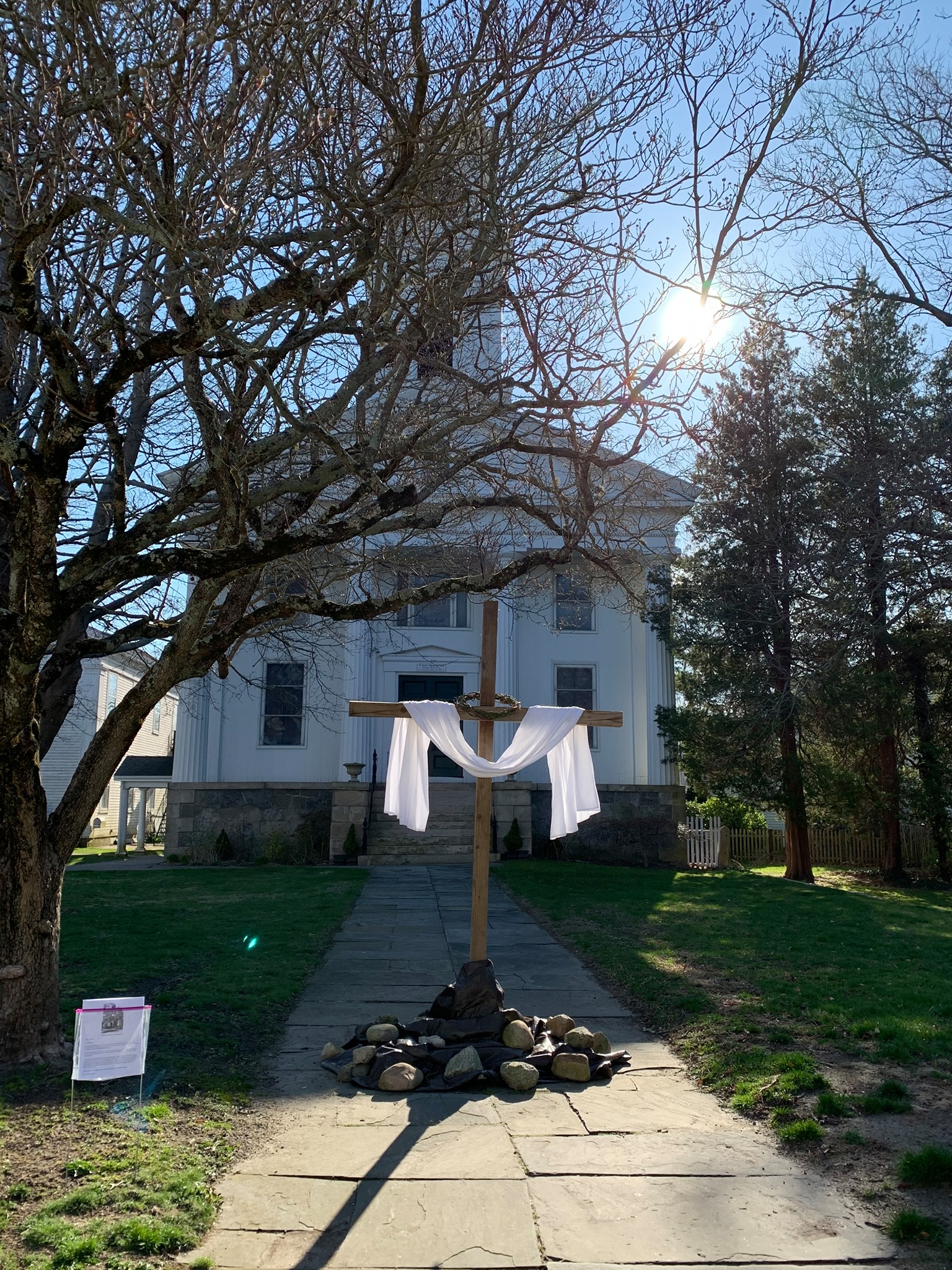 This instrument has been viewed 119 times.