We received the most recent update for this instrument's status from Jeff Scofield on November 12, 2020.

Great, Swell, Choir and Pedal: We received the most recent update for this division from Jeff Scofield on November 12, 2020.

Main: We received the most recent update for this console from Jeff Scofield on November 12, 2020.

Opus 758 is alive and well, tonally unaltered. The organ was "stolen," but not "restored." To make a very long story shorter, Opus 758, a III/29 E. M. Skinner, was originally given to the Brooklyn Museum in 1929 (dedicated by Lynwood Farnum) by the wealthy Blum family, with the condition that the Museum could never dispose of it by selling it, but instead must donate it to a church. The Museum chose to eliminate the organ in 1975, and the newly-formed Westgate Baptist congregation was given ownership of it, and engaged a local "organ-person" to transplant the organ from Brooklyn to Lancaster. Probably thinking the local "hicks" would never notice, he put the Skinner in a cohort's home, and installed a hodge-podge of warehouse-clearing ranks in the spacious chambers of the newly-built church. When this double-switch was discovered, the church reluctantly went to court and won back possession of their Skinner, but they neglected to sue for the additional expense of another organ-transplant, and the church's budget for same was near zero. Douglas Eyman guided some dedicated volunteers from the congregation, one everning a week over the next seven years, to pack, move, re-leather-as-necessary (about 25 percent) and install the Skinner. The organ was re-dedicated by the late Earl Miller in 1986, and continues to receive benign neglect from the congregation, except that the increasingly unreliable orginal combination action has recently been replaced with a solid-state system by the local firm of R. J. Brunner & Co. The organ has been awarded an OHS Preservation Plaque,

Updated through information adapted from E. M. Skinner/Aeolian-Skinner Opus List, by Sand Lawn and Allen Kinzey (Organ Historical Society, 1997), and included here through the kind permission of Sand Lawn:
Restoration of E. M. Skinner Opus 758 (1929), originally installed in The Brooklyn Museum. The organ was given to Westgate Baptist Church, Lancaster, Pennsylvania in 1975; during removal organ was stolen by organ technician and installed in private home; after discovery and court trial, finally installed in church in 1986; restored by Douglas Eyman; extant.

Stoplist from the console and from the <i>Aeolian-Skinner Archives</i>: Open In New Tab
We received the most recent update for this stoplist from Database Manager on November 02, 2019. 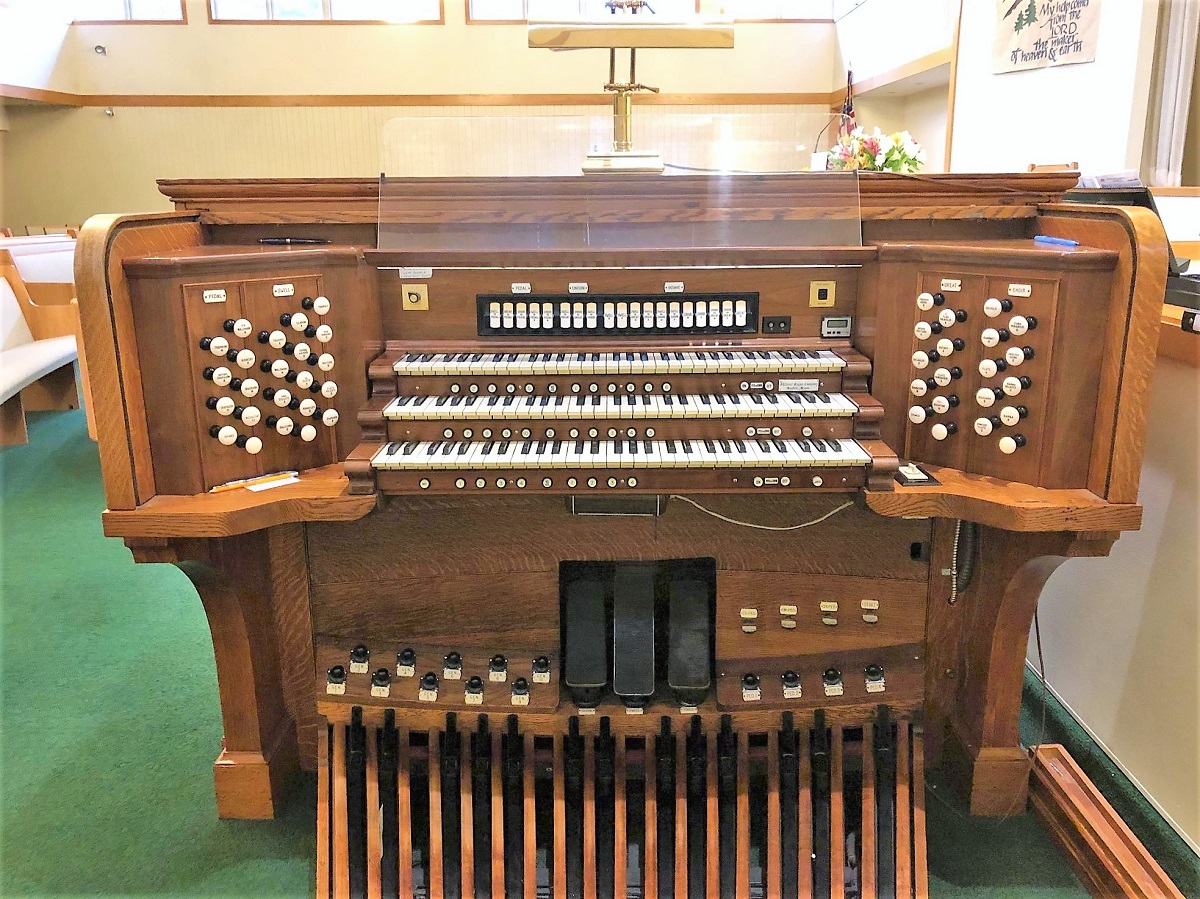 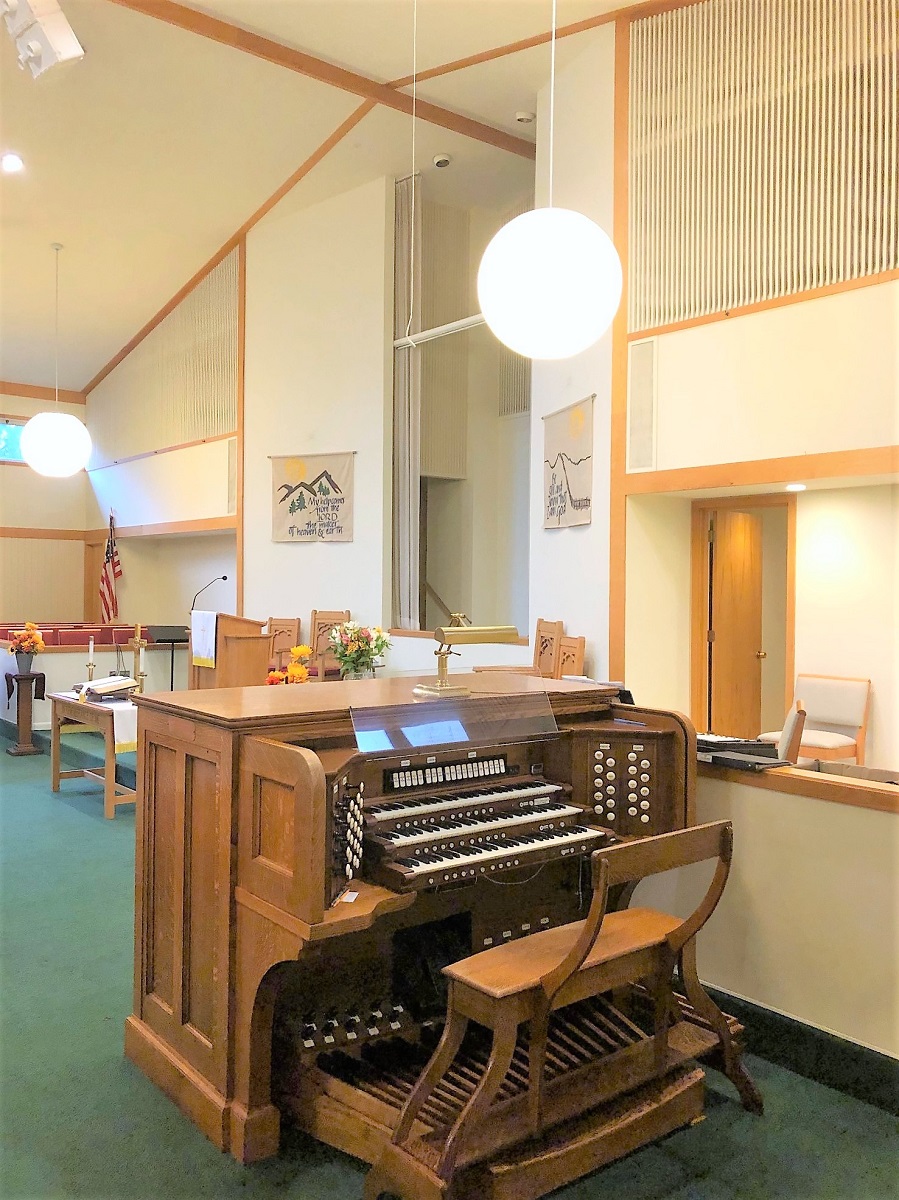 Console, chancel and chambers: Photograph by Jeff Scofield. Taken on 2019-10-16 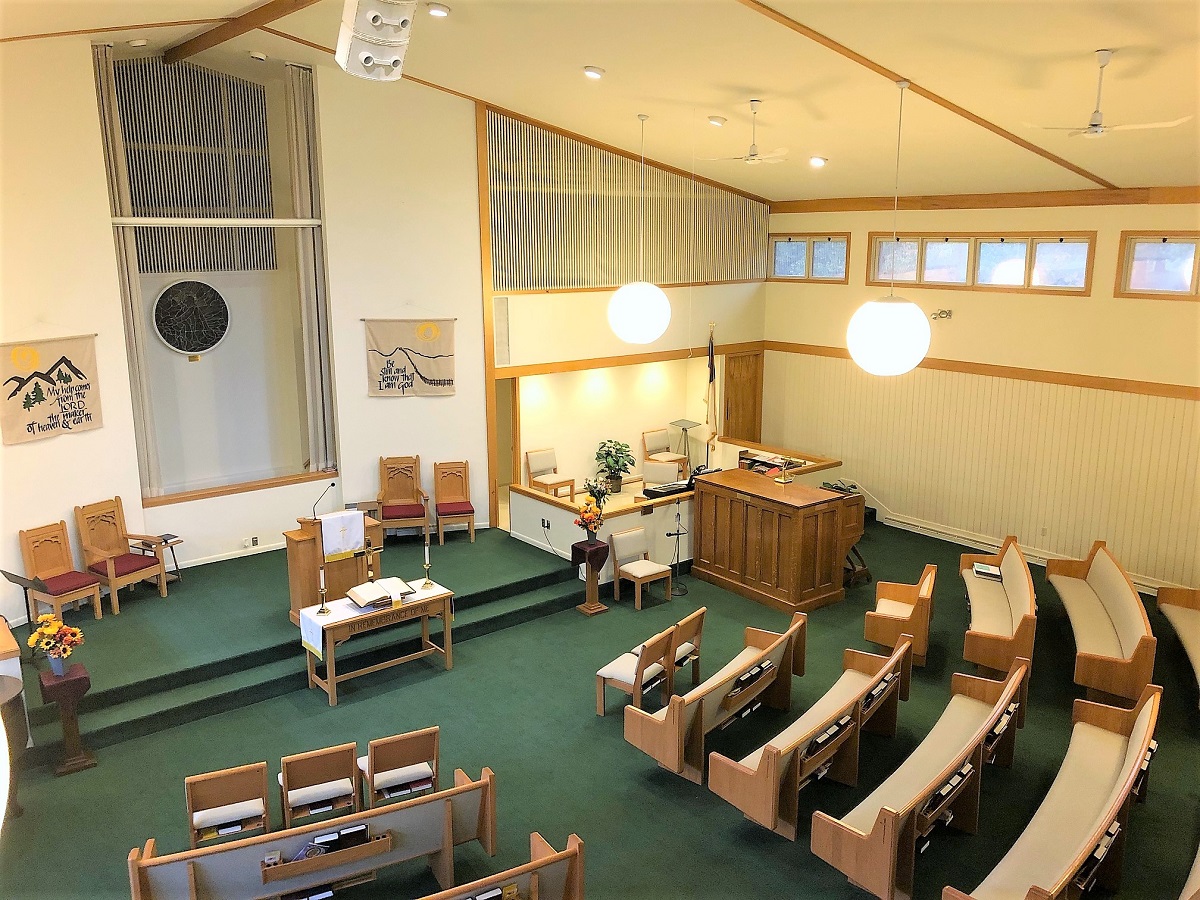 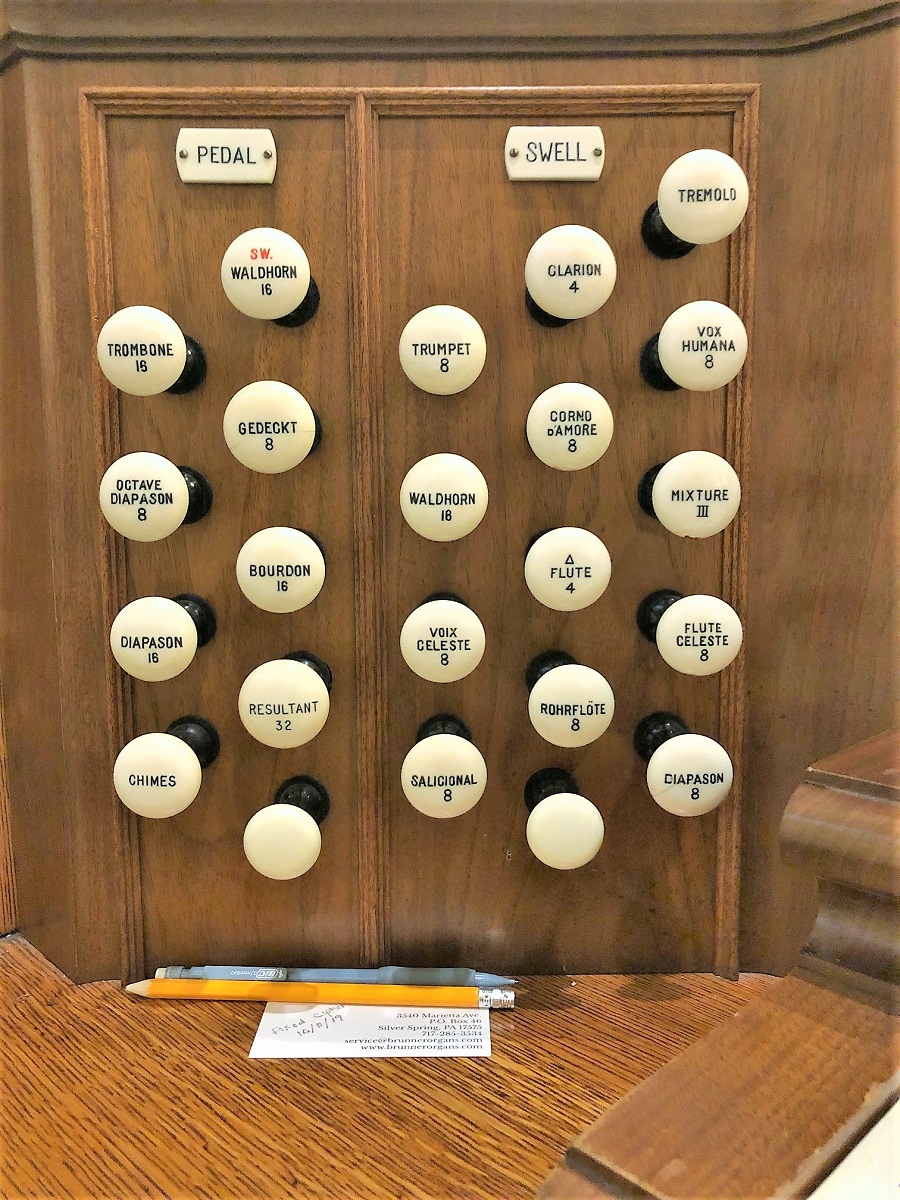 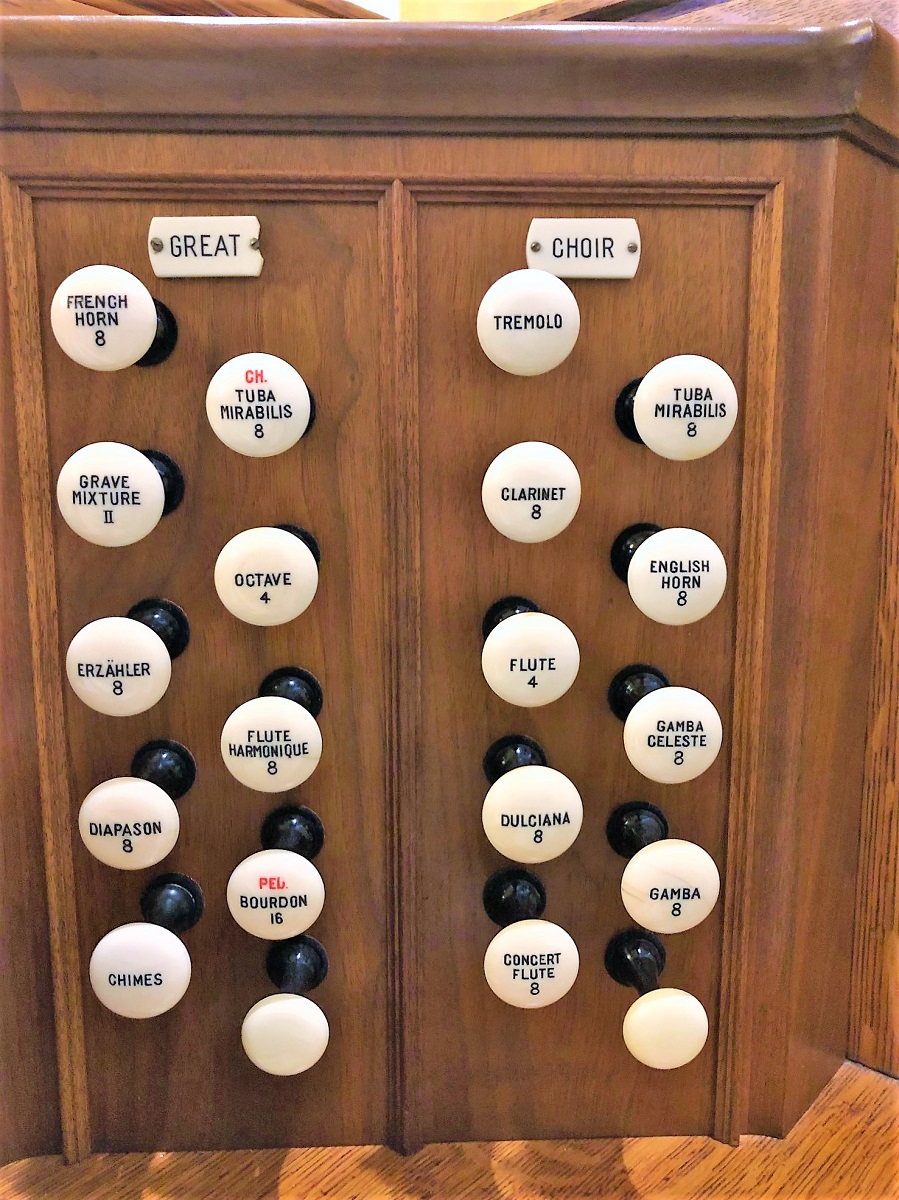 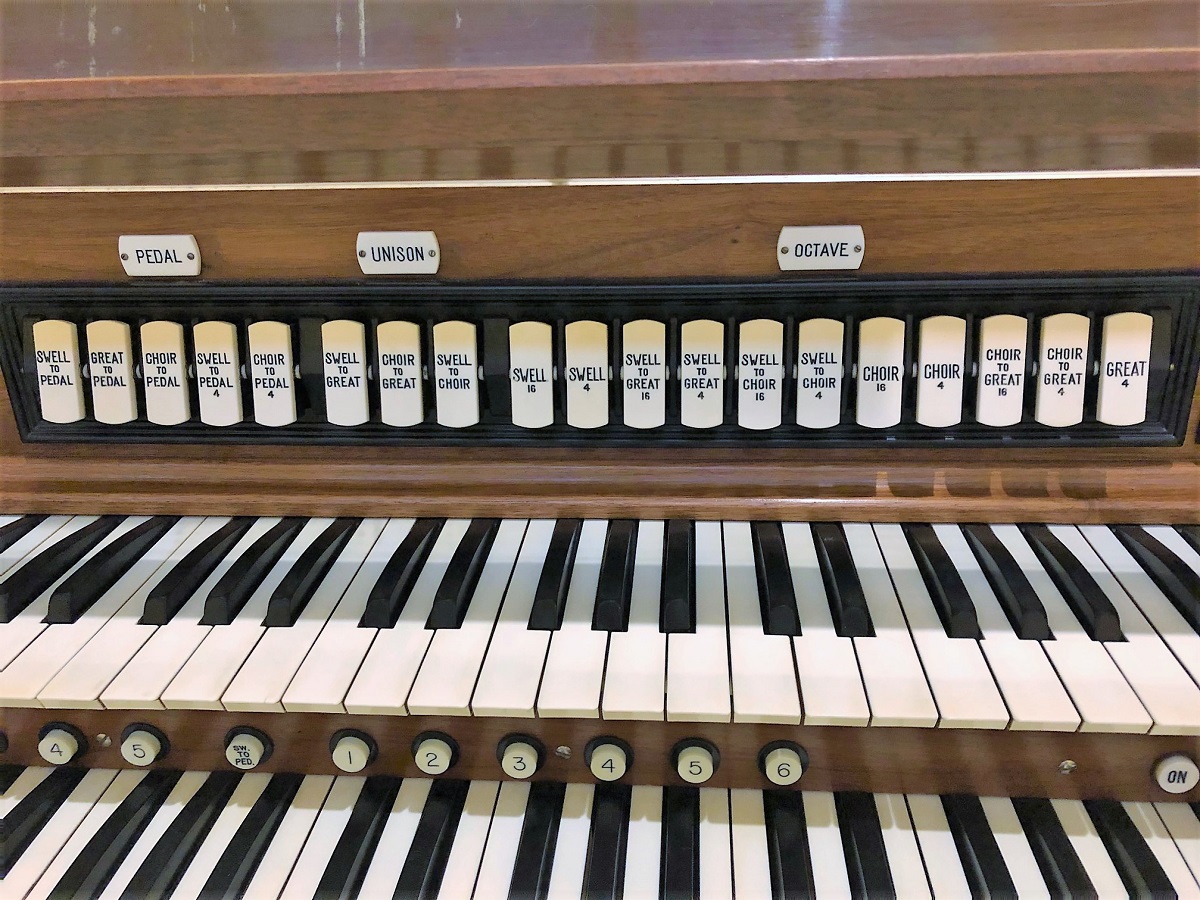 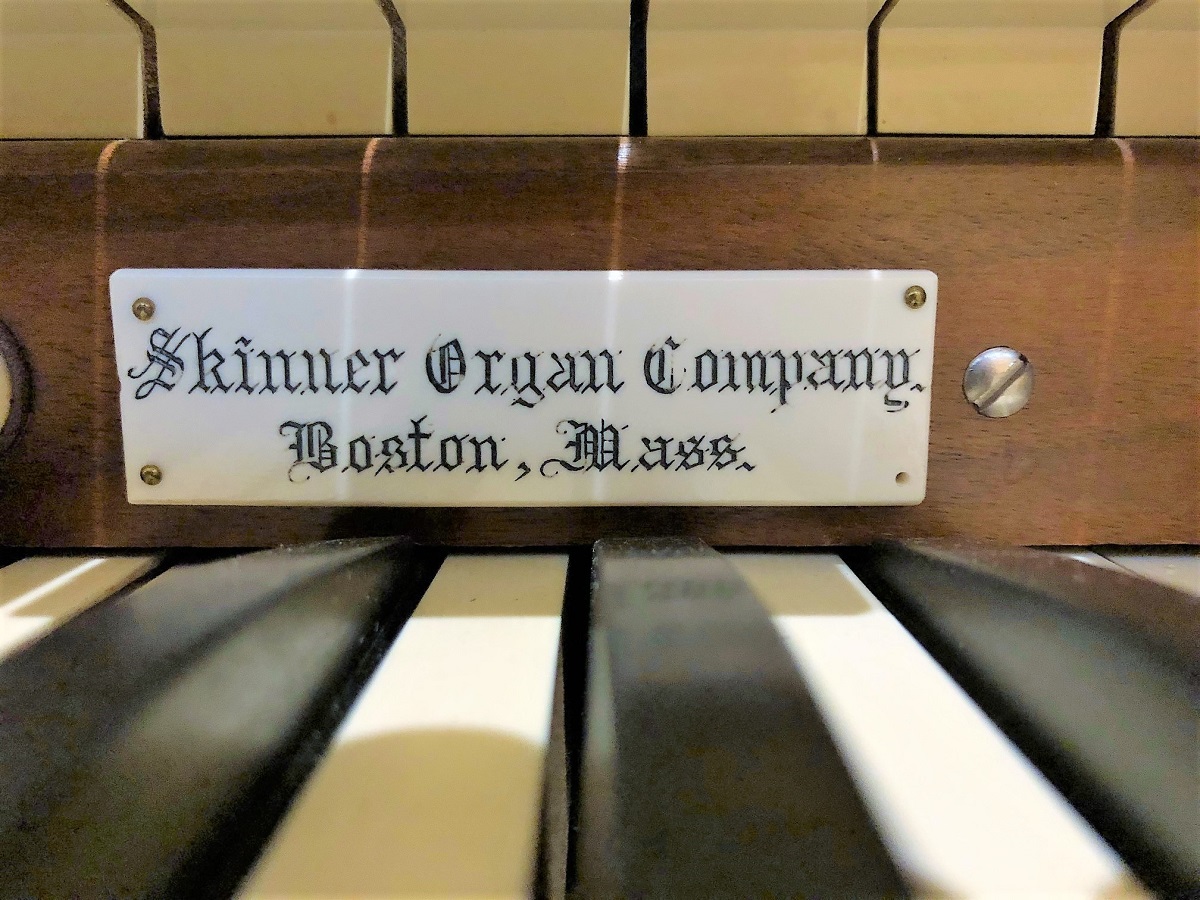 This instrument has been viewed 351 times.